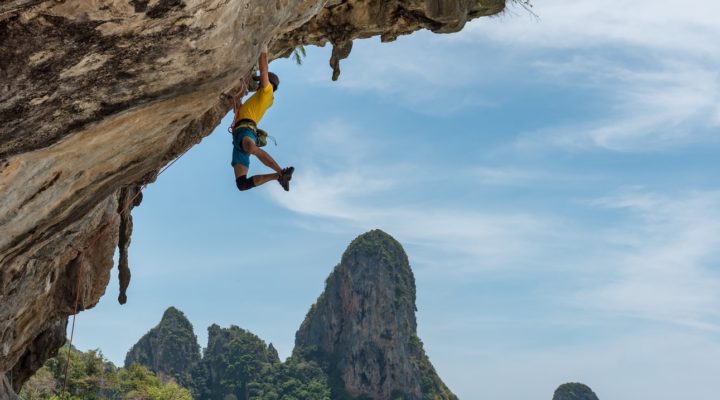 We are now examining Paul’s exhortation to Timothy in 2 Timothy 2:8. “Remember Jesus Christ, risen from the dead, the offspring of David, as preached in my gospel…” In the last post I encouraged you to remember Christ’s humanity. Today, I want us to remember to: Cling to His Divinity We live in a day […] 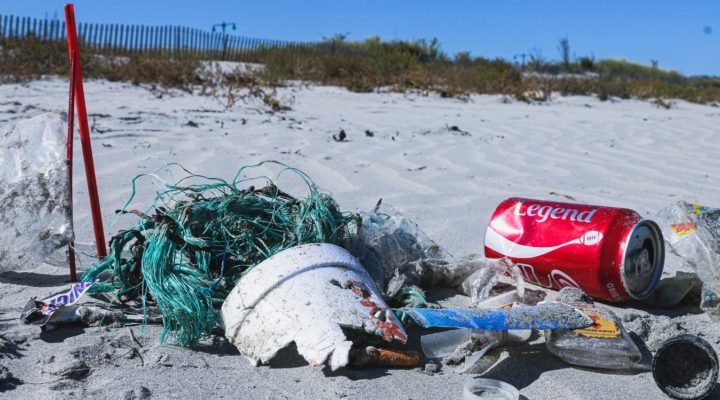 Last time, we looked at some Old Testament background for what it means to cling ourselves to Christ. Today, we turn to 2 Timothy 2:8 to consider Paul’s words to young Timothy. “Remember Jesus Christ, risen from the dead, the offspring of David, as preached in my gospel…” Remember? The first thing I think of […] 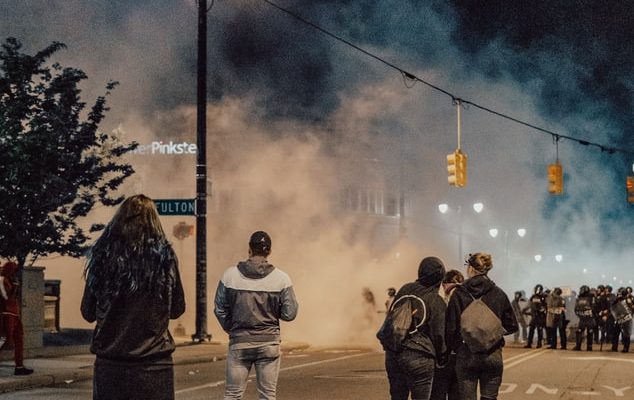 The year 2020 will be an epoch that is talked about in American history books. That is, if when all of this plays out if there is an America still, and if there are still history books. We really live in unprecedented times on a number of levels. COVID-19 has rocked our world. We have […] 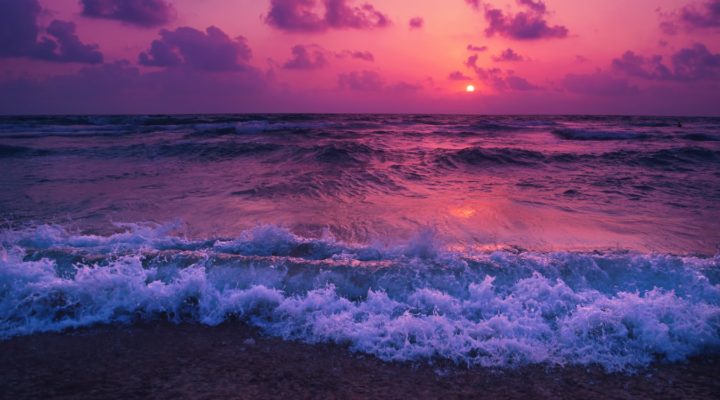 The following is an excerpt from my forthcoming book — A Change of Heart Christianity is supernatural. Left to ourselves we do not fear God, seek God, truly understand God, or care about God’s glory at all. Without the Holy Spirit, we don’t even want to know the problem, much less possess the means or […] 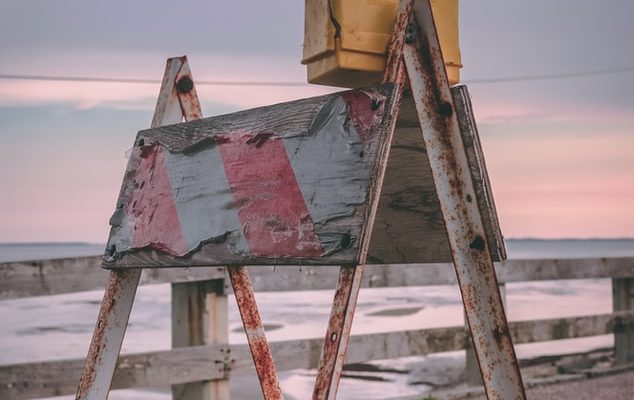 W.B. Sprague’s 1832 work, Lectures on Revival, is a helpful book in thinking trough the subject of revival. Charles Simeon called it, “A most valuable book…I recommend the good sense of Dr. Sprague In his third lecture, Sprague lays out six obstacles to revival.[1] They are as follows, Ignorance or Misapprehension of the nature of […] 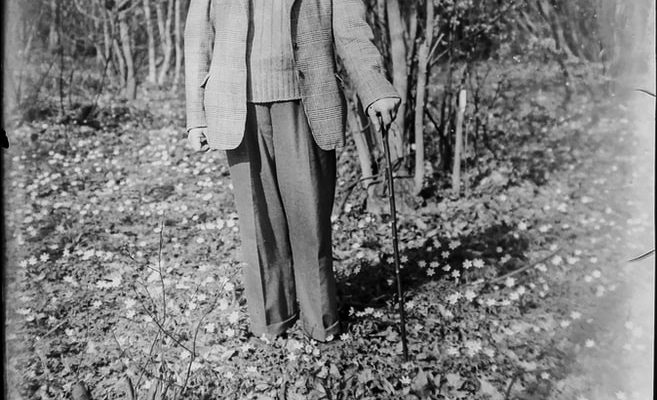 I have a book I received as a gift from Plum Creek Baptist Church in Taylorsville, KY. This book tells the story of the church’s inception to its 175th anniversary in 1985. I am grateful for my brief time serving there as Youth Pastor for portions of 2008 and 2009. Included in this book are […] 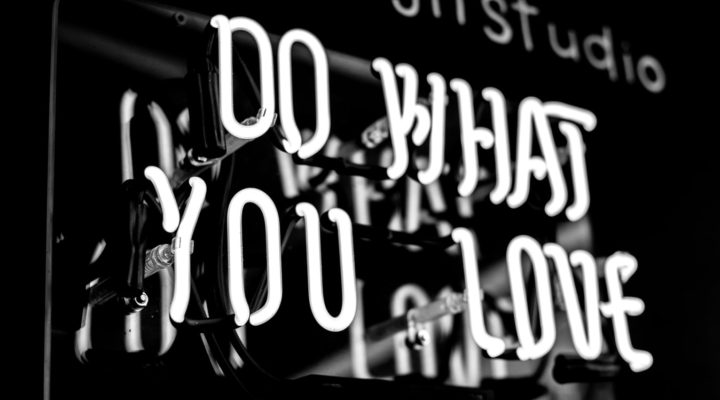 The Debate In the 5th century — the early 400s — there was a controversy in the church between two men, Augustine and Pelagius, over God’s grace in salvation. Pelagius essentially argued in such a way that would minimize the necessity of regeneration. He taught against men being guilty because of Adam’s sin and against […] 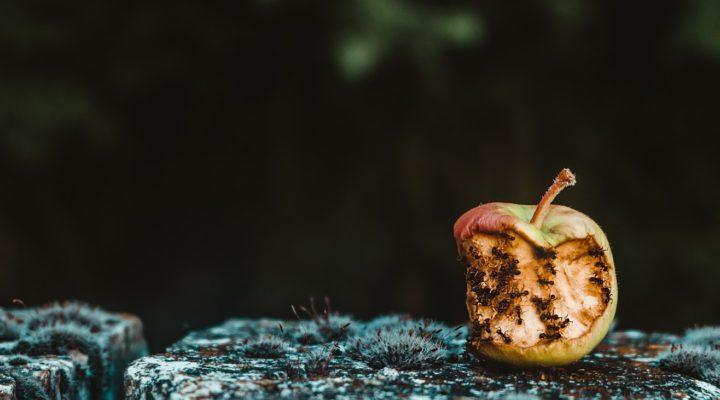 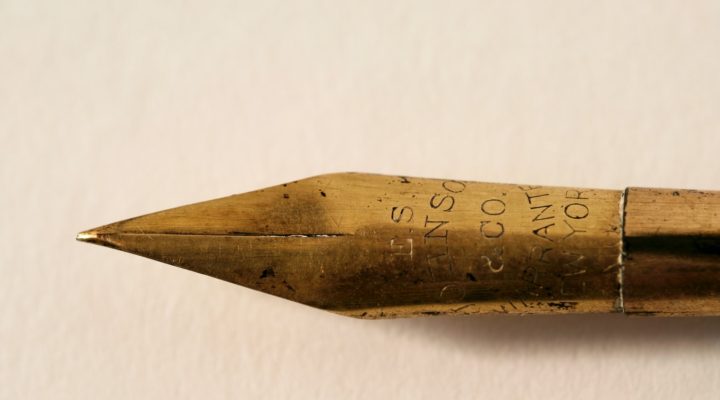 Recently I read through a little over half of James Bannerman’s classic tome, The Church of Christ. I obviously disagree with his Presbyterianism, but that aside, I highly recommend this book and hope to finish the second half sometime soon. One of the areas I found him helpful in was his argument for the use of confessions […] 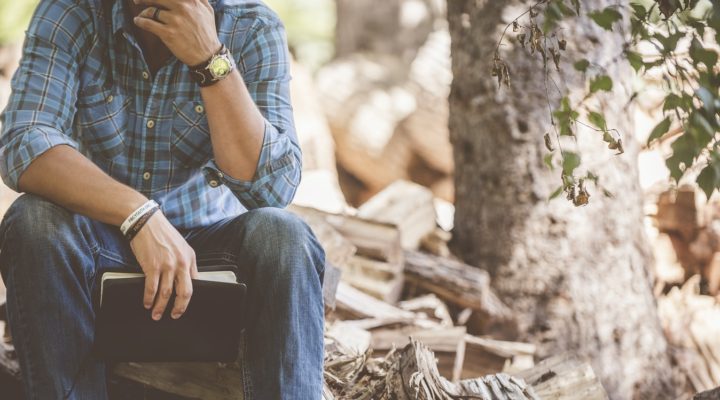 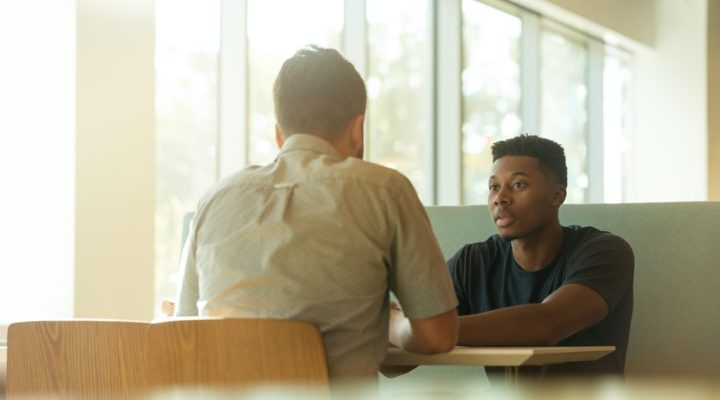 I had the privilege recently of reading William Buell Sprague’s 1832 book* Lectures on Revivals of Religion. This work is a series of 9 lectures that Dr. Sprague gives defending the biblical warrant for revival and instructing churches on how to promote true revival and guard against counterfeits. This post focuses on lectures 6 and 7. […] 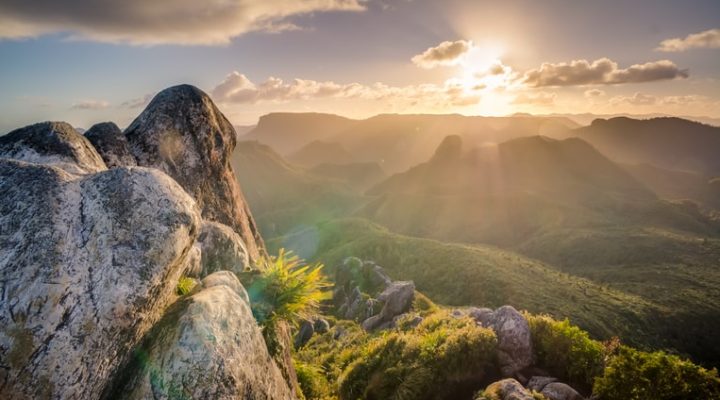 Jesus is lovely. In Song of Solomon 5:16 the Bride says to Solomon, “he is altogether desirable.” Thomas Watson called this book “a divine marriage song” and so it is. And while I don’t think we ought to allegorize it, I do believe that the New Testament shows us plainly that the marriage relationship is a […] 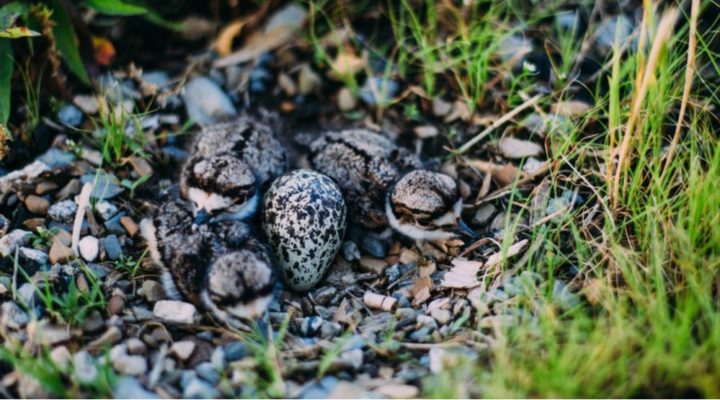 Growing up in rural Arkansas I had many opportunities to walk the woods with my grandfather learning about various aspects of nature, including birds. One of the most interesting birds I can remember is the Charadrius vociferous, or, you probably know it as the Killdeer. Or maybe, you’ve never heard of the Killdeer. That’s okay, […] 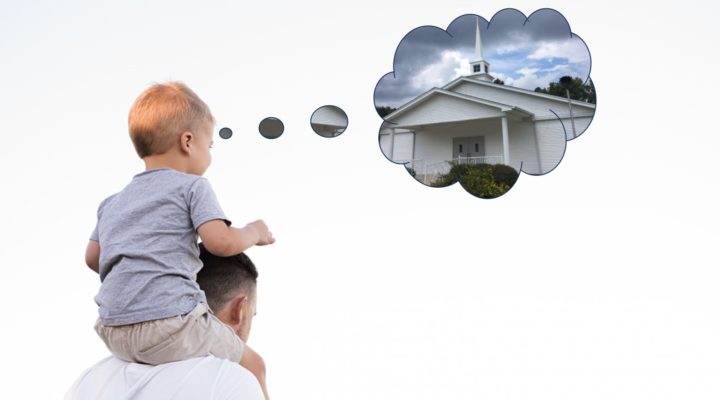 Last Wednesday my wife had a bit of a toothache from a recent filling and so I offered to take our 3-year-old to Wednesday night Bible study. Now, we are just now transitioning back into in-person services so I knew our attendance would be low as we also continue to live stream for those unable […] 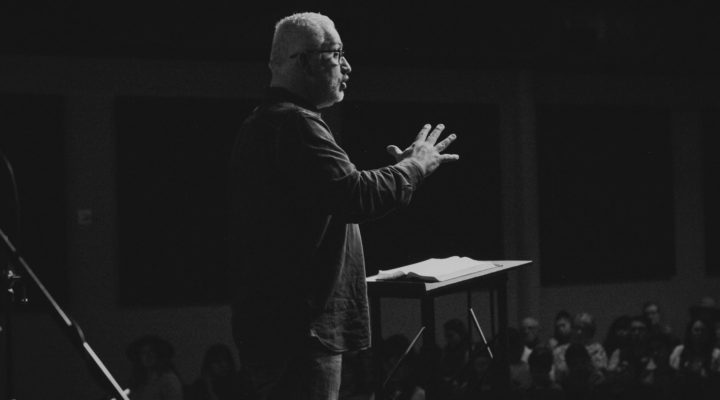 Anyone who faithfully preaches God’s Word always desires to grow in his ability to communicate Scripture’s timeless truths. Preaching the Bible is a high calling and tremendous privilege. It is a task reserved for qualified men, and it is means of grace for Christ’s church that must never be treated flippantly. I’ve only been preaching […] 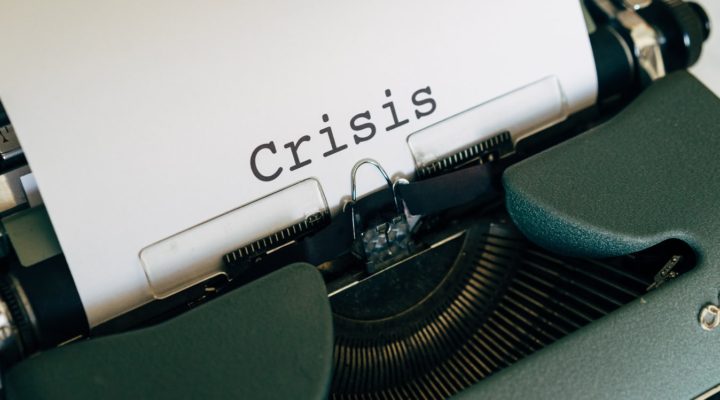 The 2019 annual church profile for the Southern Baptist Convention came out recently and the numbers aren’t great. While many people will bemoan the Baptism numbers, something else caught my eye. For those of who you are not Southern Baptists, the reporting works like this. Our church, Perryville Second Baptist, is a member of a […] 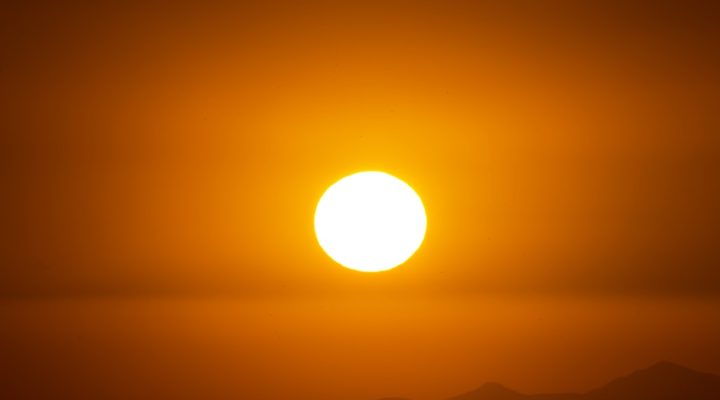 Here’s an old sermon outline that I touched up for a blog post. It’s from Jonah 4:5-11. It has to do with God’s patient providential work in Jonah’s life. Let’s consider God’s providence together today: Prevailing Providence First, consider the word ‘appointed’ in Jonah 4:6-8. God is in full control of His universe, isn’t He? […] 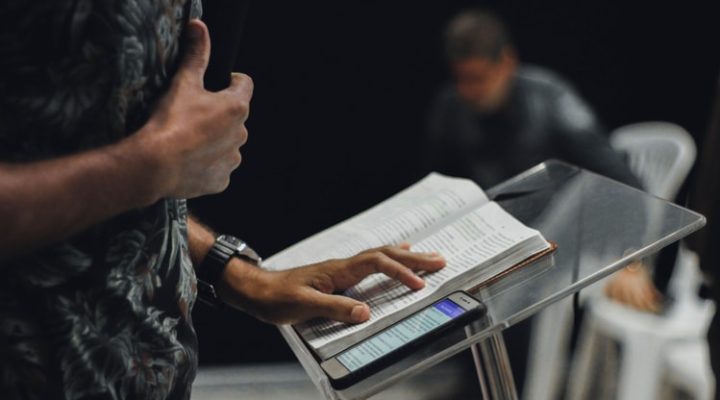 In my GBTS class on ecclesiology the other night, Dr. Jeffrey Johnson told us the story of John Calvin’s pastoral ministry in Geneva during the plague of 1542. I was able to check out Harry Reeder’s work in John Calvin: A Heart for Devotion Doctrine & Theology (edited by Burk Parsons) to learn a little more. […] 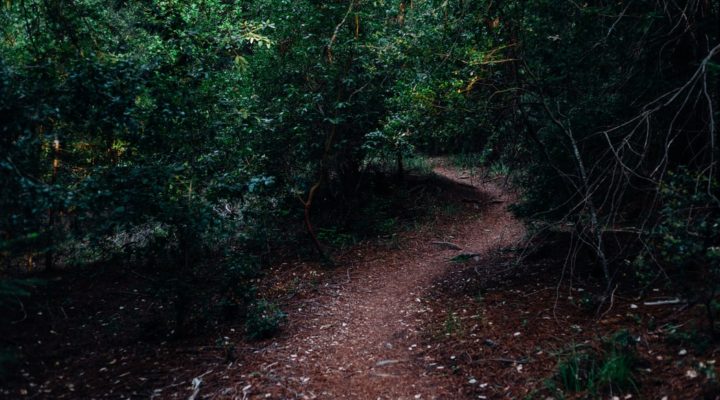 John Wesley I disagree with Wesley on several important doctrinal points. But consider how he recounts his own testimony from May 24, 1738: “In the evening I went very unwillingly to a society in Aldersgate Street, where one was reading Luther’s preface to the Epistle to the Romans. About a quarter before nine, while he […] 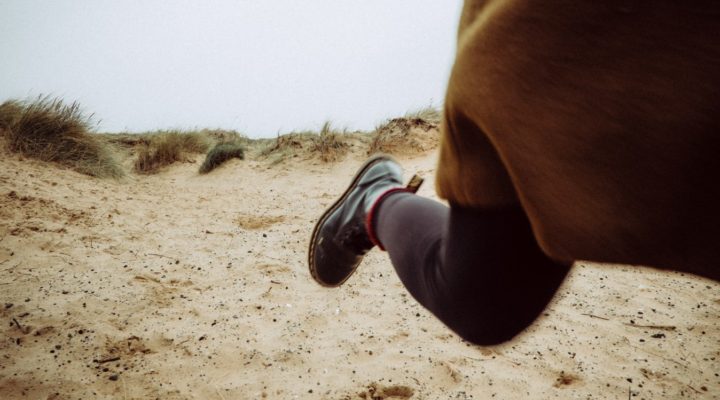 Last week, Three Sixteen Publishing posted the text of Psalm 46 in the Legacy Standard Bible. As we did with Psalm 37 earlier, here’s a verse-by-verse comparison with its NASB 1995 predecessor. I’ve also added some small commentary below. LSB NASB 1995 0 God Is Our Refuge and Strength For the choir director. | Of […]

The day after the last day of the NFL regular season is ominously known as Black Monday. It’s the day in which an indefinite number of head coaches will definitely lose their jobs. Every franchise pretty much expects to win the Super Bowl with the coach they hire (or else, why hire them?) so that […]

Dale W. Smith has obviously put a remarkable amount of work into compiling the best of Puritan writings in Ore From the Puritans’ Mine. This book will serve effectively as a scholarly resource, as personal devotional reading, or as material for family worship. Highly recommended.

The Problem I saw a heartbreaking post in a Facebook group. It went like this: Do any of you worry that Jesus will say depart from me for I never knew you? And I worry that I would be one of those wolves in sheep clothing, deceiving the Body of Christ? I don’t understand why, this bothers […]

This is just a quick post highlighting some great quotes from Joel Beeke on the sovereignty of God. This is from his book Reformed Preaching. The quotes are found on pages 64 and 66. The reformed Christian believes that God is the Lord of life and Sovereign of the universe, whose will is the key to history. […]

In my GBTS class on ecclesiology the other night, Dr. Jeffrey Johnson told us the story of John Calvin’s pastoral ministry in Geneva during the plague of 1542. I was able to check out Harry Reeder’s work in John Calvin: A Heart for Devotion Doctrine & Theology (edited by Burk Parsons) to learn a little more. […]