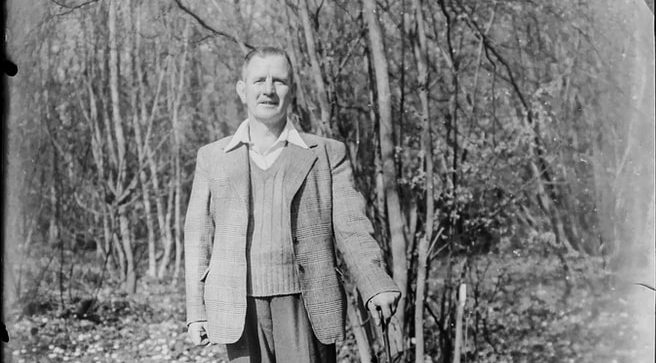 The Drunkenness and Repentance of Brother Johnnathan Osburn

I have a book I received as a gift from Plum Creek Baptist Church in Taylorsville, KY. This book tells the story of the church’s inception to its 175th anniversary in 1985. I am grateful for my brief time serving there as Youth Pastor for portions of 2008 and 2009.

Included in this book are fascinating minutes, a statement of faith, an expectation and duties of members, and comments by the author, Noreen Day. In today’s post, I’d like to share the story of one, Johnnathan Osburn as recorded in the minutes between May 1, 1815 and January 27, 1816.

Please note I’ve kept the spelling the same in these minutes even though there are some errors.  The May 1, 1815 entry reads,

“A call meeting. Brother Weeks informed this church that Brother Johnnathan Osburn since he got a letter of dismison that he had been drunk offered to fight and also swore. Mo 2 (probably means ‘motion’ and 2nd) to know if this church will write to Brother Osburn that says to attend our next meeting.”

Apparently, Brother Osburn sinned in drunkenness, fighting (at least offered to fight), and foul language. He was (presumably) confronted for his actions by Elijah Weeks. I say presumably because even though the minutes do not inform us who confronted Brother Osburn, Noreen Day notes,

“Plum Creek Church was strong in discipline as were all the frontier churches. They believed that if a professed Christian did not live as a Christian he should be excluded until he repented. Hardly a scheduled business meeting convened but what some member was mentioned as needing spiritual chastisement. Exclusions were frequent for swearing, dancing, drinking too much ardent spirits, overtaken in a passion…One brother was excluded for starting his team up and driving to Louisville on a Sunday morning.”

Sadly, too many Baptists today would look at these practices as overbearing and outdated. Nevermind that Galatians 6:1 says, “Brothers, if anyone is caught in any transgression, you who are spiritual should restore him in a spirit of gentleness. Keep watch on yourself, lest you too be tempted.”

Or 1 Corinthians 5:12 says, “But now I am writing to you not to associate with anyone who bears the name of brother if he is guilty of sexual immorality or greed, or is an idolater, reviler, drunkard, or swindler—not even to eat with such a one. 12 For what have I to do with judging outsiders? Is it not those inside the church whom you are to judge? 13 God judges those outside. ‘Purge the evil person from among you.'”

It seems that our Baptist forefathers took these passages seriously. True, we do not know the motivations behind the recorded episodes in these minutes, but we do at least see an effort to hold one another accountable in the Lord and to seemingly watch over one another in love.

The local church today must recover a biblical model of church discipline in order to protect the purity of the church, give a valid picture to a dying world of the Christian gospel and Christian conduct, and chiefly to honor Christ her Head.

The purpose of church discipline is not “excommunication.” Though, excommunication is a necessary outcome at times. The goal of discipline is restoration. Paul says in 2 Thessalonians 3:14-15, “If anyone does not obey what we say in this letter, take note of that person, and have nothing to do with him, that he may be ashamed. 15 Do not regard him as an enemy, but warn him as a brother.”

The purpose of this “shaming” is that the brother or sister would repent and be restored.

To the glory of God, this appears to be what happened in the case of Johnnathan Osburn. Apparently he had tried to join another church and that church would not let him since he was presently under discipline. But the January 27, 1816 minutes of Plum Creek Baptist Church read,

“Johnnathan Osburn came forward and oferd repententce for his bad conduct. The church heard him. [O]n these conditions forgive him – if the church at Lost River is willing to receive him. Brother Stout (the pastor) apointed to write to Lost River church.”

Again, it is a bit difficult to know everything from these minutes, but I think it reasonable to assume Brother Osburne offered genuine repentance and was forgiven by the body even as united with another congregation. This is just an example of seeing church discipline in action in our Baptist History. For more stories like this and to see the early Baptists in America and their commitment to sound ecclesiology, I recommend Democratic Religion by Gregory A. Wills.