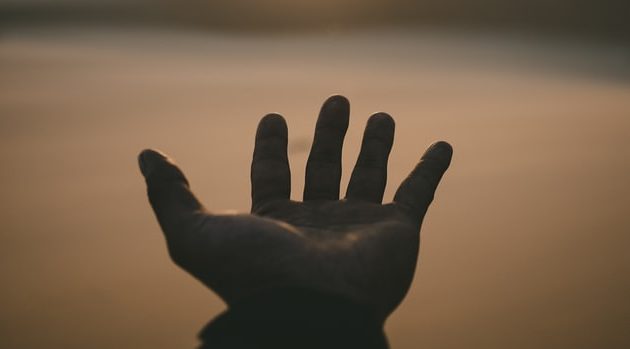 The book of Ephesians is marvelous. I have found Ephesians 1:3–14 to be one of my favorite passages of Scripture. These verses teach us the trinitarian work of salvation. They are Christ-focused and give believers a taste of the blessings we have in Him. They show us that salvation is God’s work for God’s glory and they give us insight into the glorious doctrines of election and predestination. Though all these truths are quite lofty and at times mysterious, their ultimate aim is to bring glory to God and comfort to the believer.

Then in verse 13, Paul brings us back down to the human level, if you will, to show us what is required (from our perspective) for a person to become a Christian. They must hear and believe the gospel. What I want to do in this post is to look at what it means to “believe” the gospel.

This word for “believe” in our text is the verb form of the noun “faith.” It is the same word used in:

The Ephesians heard and believed the gospel. There is no other way to become a Christian. But the question remains, what does it actually mean to “believe”?

Historically, theologians have given saving faith three characteristics, notitia, assensus, and fiducia. But, if you’re like me, you don’t speak Latin. (I’m in Arkansas; I barely speak good English at times!). So, let me walk through the characteristics of saving faith in a more common vernacular.

The first “element” that saving faith entails is an intellectual understanding and assent to the bare facts of the gospel. Saving faith is certainly more than this, but it’s not less. You have to know what the gospel is or you cannot be a Christian — that Jesus, the eternal Son of God took on flesh and was born of the virgin Mary. He was born under the Law and was obedient to God and then died on the cross for our sins and rose again all in fulfillment of the Scriptures.

The third element of saving faith, Louis Berkhof, in his systematic theology, describes this way:

Faith is not merely a matter of the intellect, nor of the intellect and the emotions combined; it is also a matter of the will, determining the direction of the soul, an act of the soul going out towards its object and appropriating this. Without this activity, the object of faith, which the sinner recognizes as true and real and entirely applicable to his present needs, remains outside of him.

Or as another author put it, this element of saving faith is “the entrusting of ourselves into the hands of Christ, the Living Truth.”

The point for us is that all three of these characteristics must be present in faith or otherwise it is not saving faith.

The problem is that a lot of people who profess to have heard and “believed” the gospel, really stop after the first two elements. They understand the facts of the gospel. And they even believe that these facts are true, in their own way at least. But they have not in an act of their will savingly entrusted themselves into the hands of Christ. And without that, one is not a Christian even if they can pass a seminary exam or a Sunday school quiz on the facts of the gospel.

I’ll close this post with a quote from Spurgeon:

Faith which receives Christ is as simple an act as when your child receives an apple from you, because you hold it out and promise to give him the apple if he comes for it. The belief and the receiving relate only to an apple; but they make up precisely the same act as the faith which deals with eternal salvation. What the child’s hand is to the apple, that your faith is to the perfect salvation of Christ. The child’s hand does not make the apple, nor improve the apple, nor deserve the apple; it only takes it; and faith is chosen by God to be the receiver of salvation, because it does not pretend to create salvation, nor to help in it, but it is content humbly to receive it. “Faith is the tongue that begs pardon, the hand which receives it, and the eye which sees it; but it is not the price which buys it.” Faith never makes itself the basis on which pardon should be given, it rests all its argument upon the blood of Christ. It becomes a good servant to bring the riches of the Lord Jesus to the soul, because it acknowledges where it drew them from, and admits that grace alone entrusted it with them.