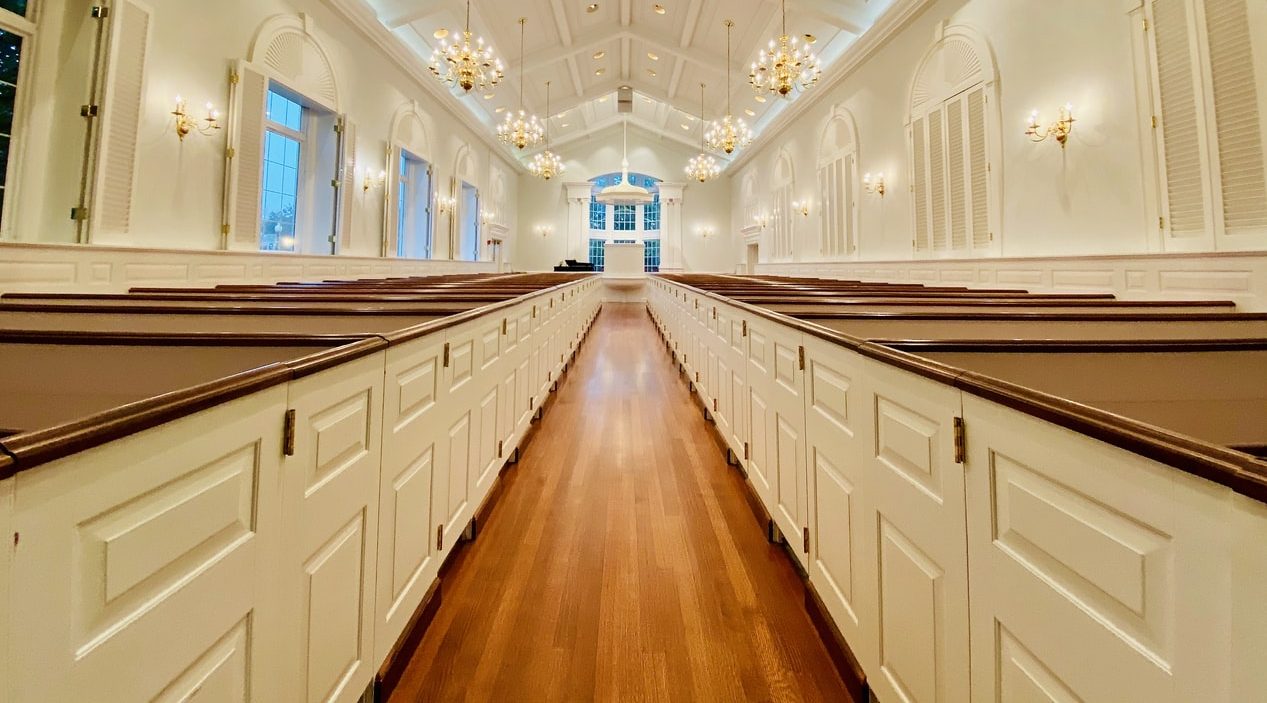 How to Know the Holy Spirit is at Work — Part 2

In 1741 Jonathan Edwards preached his sermon, The Distinguishing Marks of a Work of the Spirit of God, from 1 John 4 for the commencement ceremony at Yale. Last time, we saw that one of these marks is esteeming Jesus. In this blog post we look at the second mark. Below are all Edwards’s words:

When the spirit that is at work operates against the interests of Satan’s kingdom, which lies in encouraging and establishing sin, and cherishing men’s worldly lusts; this is a sure sign that it is a true, and not a false spirit. This sign we have given us in the 4th and 5th verses. “Ye are of God, little children, and have overcome them; because greater is he that is in you, than he that is in the world. They are of the world, therefore speak they of the world, and the world heareth them.”

Here is a plain antithesis: it is evident that the apostle is still comparing those that are influenced by the two opposite kinds of spirits, the true and the false, and showing the difference; the one is of God, and overcomes the spirit of the world; the other is of the world, and speaks and savours of the things of the world. The spirit of the devil is here called, “he that is in the world.” Christ says, “My kingdom is not of this world.” But it is otherwise with Satan’s kingdom; he is “the god of this world.”

What the apostle means by the world, or “the things that are of the world,” we learn by his own words, in the 2d chapter of this epistle, 15th and 16th verses. “Love not the world, neither the things that are in the world: if any man love the world, the love of the Father is not in him: for all that is in the world, the lust of the flesh, and the lust of the eyes, and the pride of life, is not of the Father, but is of the world.” So that by the world the apostle evidently means every thing that appertains to the interest of sin, and comprehends all the corruptions and lusts of men, and all those acts and objects by which they are gratified.

So that we may safely determine, from what the apostle says, that the spirit that is at work amongst a people, after such a manner, as to lessen men’s esteem of the pleasures, profits, and honours of the world, and to take off their hearts from an eager pursuit after these things; and to engage them in a deep concern about a future state and eternal happiness which the gospel reveals—and puts them upon earnestly seeking the kingdom of God and his righteousness; and the spirit that convinces them of the dreadfulness of sin, the guilt it brings, and the misery to which it exposes; must needs be the Spirit of God.

It is not to be supposed that Satan would convince men of sin, and awaken the conscience; it can no way serve his end, to make that candle of the Lord shine the brighter, and to open the mouth of that vicegerent of God in the soul. It is for his interest, whatever he does, to lull conscience asleep, and keep it quiet. To have that, with its eyes and mouth open in the soul, will tend to clog and hinder all his designs of darkness, and evermore to disturb his affairs, to cross his interest, and disquiet him, so that he can manage nothing to his mind without molestation.

Would the devil, when he is about to establish men in sin, take such a course, in the first place, to enlighten and awaken the conscience to see the dreadfulness of sin, and make them exceedingly afraid of it, and sensible of their misery by reason of their past sins, and their great need of deliverance from their guilt? Would he make them more careful, inquisitive, and watchful to discern what is sinful; and to avoid future sins; and so more afraid of the devil’s temptations, and more careful to guard against them? What do those men do with their reason, that suppose that the Spirit that operates thus, is the spirit of the devil?

Possibly some may say, that the devil may even awaken men’s consciences to deceive them, and make them think they have been the subjects of a saving work of the Spirit of God, while they are indeed still in the gall of bitterness. But to this it may be replied, that the man who has an awakened conscience, is the least likely to be deceived of any man in the world; it is the drowsy, insensible, stupid conscience that is most easily blinded.

The more sensible conscience is in a diseased soul, the less easily is it quieted without a real healing. The more sensible conscience is made of the dreadfulness of sin, and of the greatness of a man’s own guilt, the less likely is he to rest in his own righteousness, or to be pacified with nothing but shadows. A man that has been thoroughly terrified with a sense of his own danger and misery, is not easily flattered and made to believe himself safe, without any good grounds. To awaken conscience, and convince it of the evil of sin, cannot tend to establish it, but certainly tends to make way for sin and Satan’s being cut out.

Therefore this is a good argument that the Spirit that operates thus, cannot be the spirit of the devil; except we suppose that Christ knew not how to argue, who told the Pharisees—who supposed that the Spirit by which he wrought, was the spirit of the devil—that Satan would not cast out Satan, Matt. xii. 25, 26.—And therefore, if we see persons made sensible of the dreadful nature of sin, and of the displeasure of God against it; of their own miserable condition as they are in themselves, by reason of sin, and earnestly concerned for their eternal salvation—and sensible of their need of God’s pity and help, and engaged to seek it in the use of the means that God has appointed—we may certainly conclude that it is from the Spirit of God, whatever effects this concern has on their bodies; though it cause them to cry out aloud, or to shriek, or to faint; or, though it throw them into convulsions, or whatever other way the blood and spirits are moved.

The influence of the Spirit of God is yet more abundantly manifest, if persons have their hearts drawn off from the world, and weaned from the objects of their worldly lusts, and taken off from worldly pursuits, by the sense they have of the excellency of divine things, and the affection they have to those spiritual enjoyments of another world, that are promised in the gospel.

More parts of this series on The Distinguishing Marks of a Work of the Spirit of God will appear here as we release them: