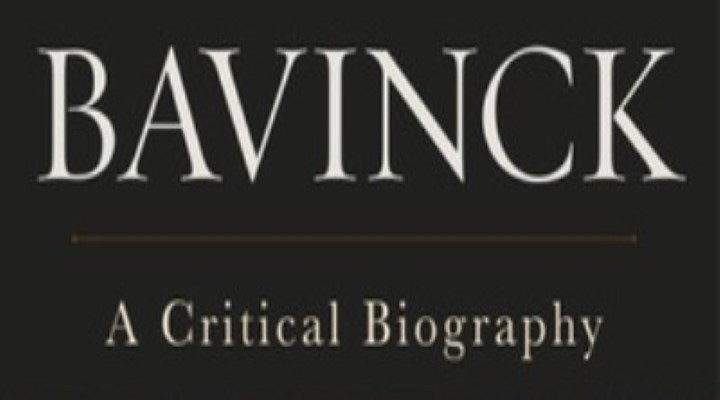 James Eglinton is Senior Lecturer in Reformed Theology at the University of Edinburgh and a minister in the Free Church of Scotland. His other books include Trinity and Organism: Towards a New Reading of Herman Bavinck’s Organic Motif and Herman Bavinck on Preaching and Preachers.

What is a “critical” biography? 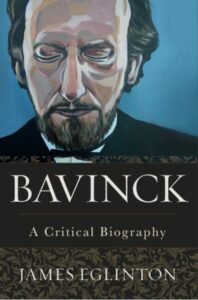 Before considering the contents of Dr. Eglinton’s biography of Bavinck, we must clarify what he means by calling it a “critical biography.” It can be easy to assume that by “critical,” the author’s intention is to focus on Bavinck’s faults and unflattering episodes from his life. This would be a mistake. Some biographies fall into “hagiography,” in which the subject is only praised, and any faults are swept under the rug. Others are intentional hit jobs where the truth is twisted to put everything into as negative a light as possible. A skilled “critical” biographer strives to do the work of a careful investigator, balancing his admiration for the individual with fair critiques of his life and work. Dr. Eglinton has done this work, making use of newspapers, letters, and Bavinck’s personal journals (xiii).

Dr. Eglinton divides the chapters of his biography of Herman Bavinck into 5 parts, beginning with the “Roots” of Herman family history and early childhood (3-55). Part 2 moves on to the young Bavinck’s life as a student in Kampen and Leiden in the 1870s (59-104). Next, Bavinck’s challenging stint in the pastorate is explored in Part 3 (107-130). Parts 4 and 5 take up the remaining second half of the book, focusing on Bavinck’s time as a professor in Kampen and Amsterdam respectively (133-292). Finally, there are 3 appendices that provide writings from Bavinck about his travels to the United States, a brief autobiography, and his “Propositions” on the subject of evangelization (301-318).

It has been common for scholars looking at Herman Bavinck’s theology to talk about “The Two Bavincks.” The theory goes that there was the orthodox, conservative Bavinck who affirmed the historic Reformed creeds and confessions, then there was the modernist Bavinck who could favorably quote a neo-orthodox theologian like Friedrich Schleiermacher (xviii). In this biography, Dr. Eglinton has persuasively argued that there was consistency, not theological schizophrenia in Bavinck. He was both modern and orthodox, or more specifically, he was orthodox in his own modernist context (xix). Eglinton is careful to define his terms when talking about “modern”, “orthodox”, and “science” (xxi). For example, “science” does not merely refer to natural or physical sciences, but rightly includes theology (xxi). The Herman Bavinck we meet in this book is a man committed to orthodox Christianity, yet still aware that “the ground was moving beneath his feet.” (4)

In Part 1, the author explores the historical context and background which informed Bavinck’s early life. Bavinck found himself straddling the 19th and 20th Centuries in times of intense social, political, and theological change (3-4). He was born in 1854 to a preacher in the Dutch Reformed Church (4). His father, Jan Bavinck, faced his own trials in ministry which clearly had an impact on the man that Herman Bavinck would grow into. One of Eglinton’s primary claims in this book is that the political and religious shifts taking place in Dutch society from 1834 to 1848 impacted Bavinck’s later choices of when and how to engage modernity while remaining committed to theological orthodoxy (16). As he asserts, 1848 marked the dividing line which ushered in the later modern context that Herman Bavinck would be born into.

One of the many unexplored areas of Bavinck’s life has been his unsuccessful courtship of Amelia Den Decker. While researching Bavinck, the author was given access to personal journals and letters which recount the story (50-54). Den Decker was slightly older than the young Bavinck. He wrote many of his journal entries about her in Latin, apparently out of a desire to be discreet about his affections.

As Eglinton explains, traditions of the period limited the number of attempts a potential suitor could make to convince the young woman’s father to give his blessing. Bavinck spent years exhausting all his allotted attempts to win Amelia’s hand, experiencing rejection after rejection by her father, finally accepting his defeat rather than eloping with her. It becomes clear that Eglinton is not presenting us with a Bavinck who experienced a carefree life of unbroken success. As of 1883, Bavinck found himself a 29-year-old bachelor, living with his parents, grieving the death of a close friend, and unprepared for the thought of his own death (142). Bavinck made use of this season to focus on his teaching and writing. In God’s providence, a helpmate would eventually come to him during a preaching trip (158-159). He lodged with the Schipper family and became interested in their daughter Johanna, carefully recording the encounter in his dagboek (journal). He would later marry Johanna and raise children with her.

As a theologian, Herman Bavinck rightly pushed back against the modernist dogma that “theology must be secularized,” instead making the counterclaim that theology must be “theologized (137).” While we can look back on Bavinck’s position as one that should have been self-evident, he was dismayed to see many of his countrymen falling prey to as supposed “theology” that did not begin with God. As the author forcefully put it, “theology comes from God, is concerned with God (and all else in relation to God), and finds its end in God (137).”

Bavinck’s convictions that theology must be God-centered informed the developmental stages of his gargantuan Reformed Dogmatics and Reformed Ethics (143-145). As he saw it, Reformed Theology had not been preserved in amber like some ancient fossil. The modern context of Bavinck’s day called for a fresh articulation of dogmatics and ethics (144). Christianity did not need modernization; modern culture desperately needed Christianization (150).

Eglinton demonstrates that while Bavinck was a died-in-the-wool Calvinist committed to the Reformed faith, he was still willing to charitably engage with those outside his own tradition or even Christianity itself. Bavinck recognized Friedrich Schleiermacher’s influence as being so far-reaching that any theology that came after him was obligated to address the shift that had taken place (204-205). Schleiermacher popularized what Bavinck termed “a theology of consciousness”, the idea that theology was a work that takes place in the theologian’s mind, such that the theologian’s knowledge of God and the knowledge God has of himself are irrevocably distinct and separated. Bavinck recognized the incredible impact this idea had on his contemporaries and anyone who has read his work on revelation and Scripture can recognize his concerns.

In addition to interacting with Schleiermacher’s neo-orthodox variation of Christianity, Bavinck engaged with competing philosophies and worldviews. He was disheartened to see his fellow Dutchmen give in to Nietzsche’s particular brand of atheism (226). Bavinck had been optimistic that the 1890s would see what the author refers to as “a new phase of Dutch history – a modern age in which the light of Christianity, refracted through a Calvinistic prism, would shine more beautifully than ever. (225)” Rather than give in to despair, Bavinck engaged with scientific, political, and cultural matters throughout his life. As of 1911, he had completed work on his Reformed Dogmatics, delivered significant public lectures, and was elected to Dutch Parliament despite his own stated desire to withdraw from the political world (265).

Dr. James Eglinton’s Bavinck: A Critical Biography, is a thorough, fair, and engaging work of historical investigation which every student of Reformed Theology should read. This book is already being called the new standard by which other Bavinck biographies will be measured. Highly recommended.