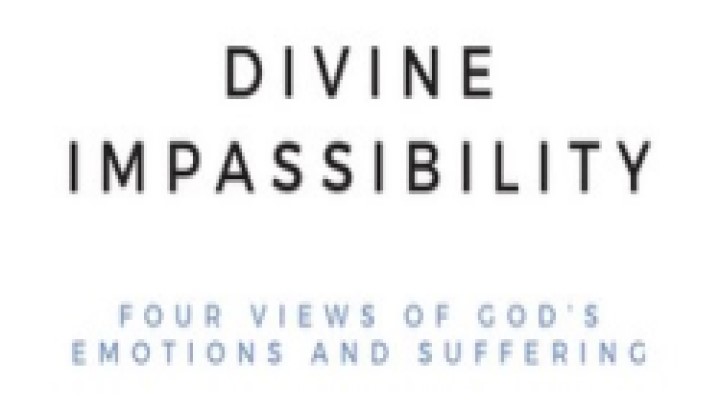 Robert J. Matz serves at Midwestern Baptist Theological Seminary as assistant professor of Christian studies. He also co-authored Better Together: You, Your Church, and the Cooperative Program and was a contributor to The SBC and the 21st Century: Reflection, Renewal, and Recommitment.

A. Chadwick Thornhill is assistant professor of apologetics and biblical studies, as well as the chair of theological studies at Liberty University School of Divinity. In addition to editing this volume, he is the author of The Chosen People: Election, Paul, and Second Temple Judaism and Greek for Everyone: Introductory Greek for Bible Study and Application.

Readers of Christian books may be familiar with “Three Views On …” type books, and this one follows the usual format. The book is dedicated to one particular topic being explored by multiple theologians with differing perspectives. The contributors to this book, James E. Dolezal (Strong Impassibility), Daniel Castelo (Qualified Impassibility), John C. Peckham (Qualified Passibility) and Thomas Jay Ooord (Strong Passibility) were each given a chapter to defend their positions, followed by responses from the other three authors. The editors then offer a brief conclusion. Standard bibliography, general index, and scripture index are included.

My review will focus on the positive case that each theologian makes for their position. In the interest of brevity, as well as not wanting to spoil the whole book, I will not go into the responses from the other contributors at the end of each chapter. I will also avoid commenting too much with my own views on this issue. (I wrote a short article on impassibility for our Something To Think About series which you can read here.)

James E. Dolezal gets to make his case first, arguing for the strong impassibility position. As he points out, church history is on the side of classical theism which includes impassibility. He admits that in and of itself does not prove he is correct, but it should give us pause when thinking through the issues involved. Dolezal provides a brief primer on the philosophical categories of being and becoming (15). We, as God’s creation, experience becoming. We move from one state to another. There was a time when each of us did not exist and then we came into existence by an act of God’s creation. Our lives are characterized by change or “becoming.” We move from one state of being to another. But God, as the Great I Am, is “pure act.” He is being itself.

Dolezal points out that the Latin root of the word “passion” means “to suffer, to submit, to undergo, to experience, or to endure” (15). The reasoning goes that God does not have “passions,” in this sense, because that would mean that God can be acted upon. Dolezal rightly asks the pressing question of how we could trust God’s love if he is passible. A passible God could be acted upon to be less just or loving as he is acted upon and influenced from moment to moment. Dolezal affirms that God is indeed loving, merciful, and compassionate, but not because he is acted upon to be so (27). As Scripture teaches us, God is love (cf. 1 John 4:16). God is his attributes.

Most of us recognize that passages about God having physical features like an arm are using anthropomorphic language (cf. Isaiah 53:1). Since we know that God does not have a body like men, we recognize that these passages are speaking of God as if he were in human form in order to communicate something about his power and majesty. In the same way, impassibilists like Dolezal argue that when the Bible speaks of God’s “regret” (cf. Genesis 6:6), it is speaking anthropopathicly (35). These passages are using language which seem to attribute human emotions and passions to God, but they should not be taken literally any more than we should imagine God himself up in heaven with a physical arm made of bones, blood, and biceps.

Next, Castelo argues for qualified impassibility. Interestingly, despite falling into the impassibilist camp, Castelo acknowledges that he was forced to wrestle with these questions through his experience as a hospital chaplain and from reading of the neo-orthodox theologian Jürgen Moltmann in seminary (55-56).  By way of analogy, Castelo sees the debate as a round table, not a two-way street (53). In other words, this is not exactly an either/or question. He presents a middle way but admits that he falls on the side of divine impassibility.

For Castelo, the starting point of developing one’s theology of divine emotion is “the difference, rather than the similarity, between divine and human affectivity” (64). He rightly warns against the dangers of sentimentalism when trying to understand the God of the Bible. Truth doesn’t care about your feelings. He is exactly right to say that “Humans are created in God’s image, not vice versa” (65).

In a section on the “Economic Trinity,” Castelo argues that impassibility best explains the “paradox of faith” that Christians encounter in the work of the Father, Son, and Spirit (67-70). For example, we encounter God the Son who is both “in the form of God” and also took on “the form of a slave.” (70) God is impassible, as Castelo defines the term, and yet still a God that we can prayerfully turn to in the sure hope that He hears us. Castelo’s major point of departure from full on “strong impassibility” seems to be that he believes that “God’s nature is passible but only to the degree that God allows Godself to be.” (66, emphasis added). Strong impassibilists like Dolezal explicitly deny that God allows himself to be acted upon.

John Peckham offers the first positive defense for passibility. He begins by pointing out the importance of defining terms in a discussion like this (87). For his purposes, Peckham defines “passible emotions” as “conscious feelings affected by and responsive to external stimulation.” (88). He calls this a “working definition” but helpfully provides a lengthy footnote at this point, explaining that he does not believe that related concepts like “suffering” or “passion” require irrationality, deficit, or deficiency. Having established this definition, Peckham goes on to make the case that God is “passible in a qualified sense” (88)

Peckham interacts with several passages of Scripture, concluding that God does in fact experience divine emotions which are in some ways similar to and in other ways dissimilar from human emotions (96-97).  So for example, yes God “repents” but not in the way that man “repents” (cf. 1 Samuel 15:29; Numbers 23:19; Malachi 3:6). For Peckham, God’s passibility is qualified in the sense that “he freely chose to create this world and freely opened himself up to being affected by it in a way that does not diminish or collapse the Creator-creature distinction.” (98). He further qualifies his view of possibility by denying that God is “essentially passible in relation to the world because God is not essentially related to the world.” (108, emphasis original). Similar to Castelo, Peckham says that God “opens himself up” and “condescends” to being affected by his creatures.

Finally, Thomas Jay Oord argues for strong passibility. He starts by coming right out and saying that “God influences creatures and creatures influence God.” (129). Borrowing language from Heschel and Pinnock, Oord calls God the “most moved mover,” a play on Aristotle’s idea of an “unmoved mover.” He considers the strong passibility position to be one of affirming God’s “essential relatedness.” In other words, for God to be genuinely relational with his creation, he must be passible in his essence as God.

Oord asks some important questions in making his case. Why should we pray if God is impassible? (138) In his view, God is relational and understands the suffering of the oppressed, therefore God must be passible (139). Interestingly, even as a “strong passibilist,” Oord is still willing to make some concessions to impassibility. He affirms that “God’s nature is impassible and immutable.” (142, emphasis original). It is “God’s actual experience (that) is passible and mutable.” So in Oord’s view, a passage like Lamentations 3:22-23 is teaching both that “God’s nature of love (is) unchangingly steadfast and everlasting” and at the same time, “God’s expressions of love change: they are new every moment.”

One particularly helpful choice by the editors was to include a table that charts out where each of the 4 contributors lands on each question they were asked to answer (4-5). It can be easy to lose track in books like this, and I found the table to be exceptionally helpful. I also appreciated the introduction’s focus on the biblical text, and not so much on historical theology.

Each of the contributors do well explaining their positions but I do think some are more successful than others. Dolezal makes the tightest, and I think strongest case, for the strong impassibility position. Castelo was intriguing but ultimately unconvincing. Peckham made me think through his reasoning but in many areas it was hard to tell him apart from Castelo. Oord provided some mention of Scripture, but often he simply listed several passages that seem to support his position with very little actual exegesis of the texts in question.

Divine Impassibility: Four Views of God’s Emotions and Suffering addresses a fascinating look at a crucial point of theology. Regardless of which view you may hold to, all of the contributors in this book are worthy of consideration and engagement. This is a great resource that will be of benefit to anyone’s theological library. Recommended.