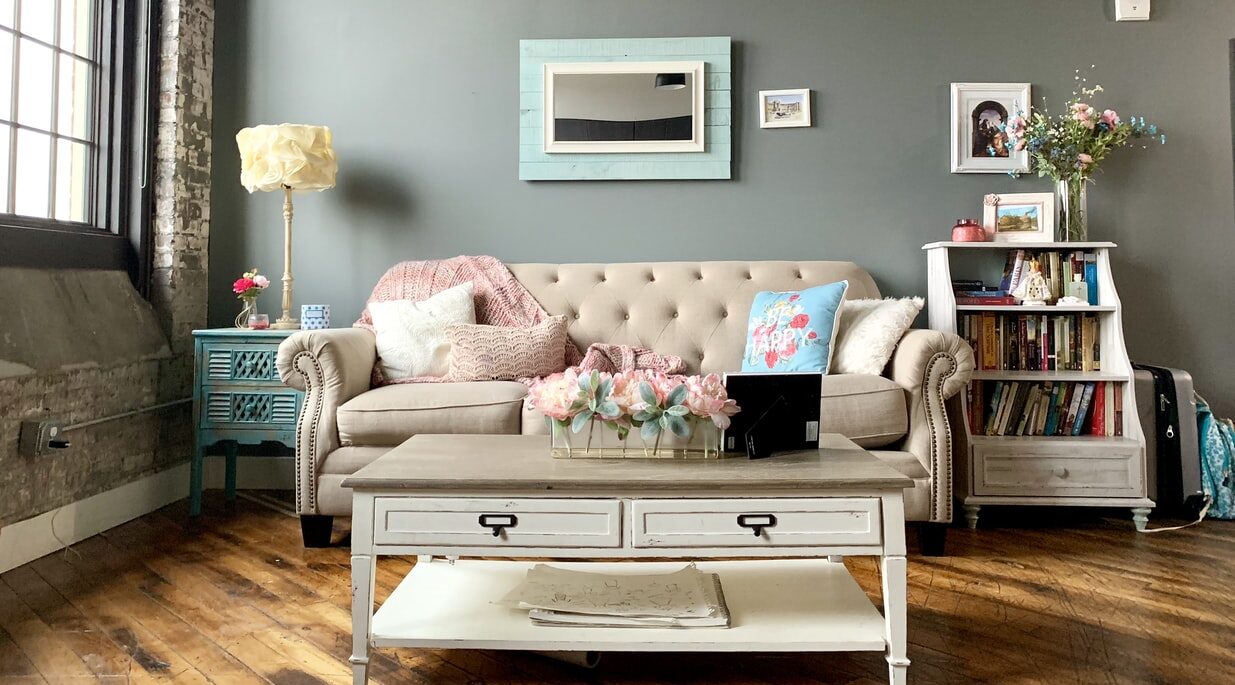 Living in the Light: An Inconsistency in the Grammatical-Historical Hermeneutic

I’ve sat on this blog post for some time and there have been times I thought it might not ever be published. It became one of those things where it was just good for me to write out my own thoughts and not necessarily let all of Al Gore’s interwebs observe.

But I was recently reading Jeffrey Johnson’s new excellent work, The Five Points of Amillennialism, and I got a fire in my bones (so to speak) to revisit this post. So, I reached way back into the drafts, pulled out this old file, blew off the proverbial dust, and got back at it. I hope you’ll find this now finished product helpful.

Within conservative Christianity, there are basically two main hermeneutical principles that govern one’s interpretation of a particular text of Scripture. The first is what’s known as the grammatical-historical or grammatico-historical method.  There is much about this method to be commended. Jeffery Johnson identifies three vital elements of this method of interpretation:

So, who could really have a problem with such a method of interpretation? Well, in one sense, no one should! In fact, it is an excellent hermeneutic with one critical caveat. It’s missing one more crucial element. This brings us to the second hermeneutical method, the redemptive-historical approach.

Now, given the events of the past year or so, it might not be wise to “pick a fight.” But that’s not what I’m trying to do here. It’s good from time to time for true brothers in Christ to challenge one another on their differing views. It’s like tackling each other in football practice so that when you get to the real game (think Christians vs the world!) you’re both better prepared. I hope this post is taken in that light.

It’s been said that the Old Testament is like a living room with all the furniture in it. The couch is there, the loveseat is there, the recliner is there, the coffee table is there. It’s all there. But the light is off. So, the Old Testament saints could see in part and prophesy in part, and what they could see was sufficient for their knowing God and walking in faith. They talked much about the furniture, but the intricacies of the pattern of the couch cushion simply cannot be seen without the light.

Using this analogy, the arrival of the New Testament is like turning the living room light on. The furniture hasn’t been moved or changed at all, but now we can see its arrangement because light has been shed. The New Testament, then, sheds light on what was already there in the Old.

Jeff Johnson writes, “Even though the New Testament does not reinterpret the original meaning of the Old Testament, it adds light and clarity. The sacrifices, the temple, the nation of Israel, and other such things are given their fullest and typological meaning in the New Testament.” (p. 26)

For example, Jesus is present in Genesis 1:1. You don’t see that by the plain sense of Genesis 1:1 following a purely grammatical-historical method. But you do see that plainly when you read John 1:1 and interpret Genesis 1:1 in light of John. So, because the Bible has two authors (God working through man) we now know the meaning of Genesis 1:1 is that Elohim the one and only Triune God created the heavens and the earth.

John 1:1 does not reinterpret Genesis 1:1. Rather, it sheds light on the truth that is there. If you only stay with the grammar of Genesis 1 and its historical context you don’t get the understanding that John has and “to interpret the Old Testament entirely by historical and grammatical rules independent of the light of the New Testament is to ignore the insight and inspiration of the New Testament authors.” (p. 27). And why would we do that?

So, when you read Genesis 1:1 it means that the triune God created the heavens and the earth (but, again, you cannot arrive at that conclusion solely with the grammatical-historical approach).

Again, we affirm that Moses had what he needed. The Scriptures are always sufficient. The Bible has two authors. Genesis 1:1 hasn’t changed and it never will, but in light of the New Testament, we see the “furniture” that was always there in the text.

This is not “spiritualizing” a text. It’s recognizing how God unfolded history so as to progressively reveal Himself to His people in His time for His glory. Neither is this a “subjective” placement of Jesus in the Old Testament. This is using the plain and clear New Testament revelation to interpret the meaning of Old Testament texts. It’s using the light to see the furniture. What better interpreter of the Bible is there than the Bible itself?

Yet, we all agree it is there. The issue is that a purely grammatical-historical approach demands that you see it based on the grammar and context of that particular passage only. And you cannot consistently do that with the language of the Old Testament.

For example, we have John 12:41 to see the fullness of Isaiah 6. We have Ephesians 5:31-33 to understand the grand reality of Genesis 2:24. A grammatical-historical approach cannot arrive at the intended meanings of these texts without the light of the New Testament. Thankfully, we have that light.

Thus, we must let the Scriptures shape our hermeneutic instead of trying to force our hermeneutic upon the Scriptures. The Christ-centered conclusions my grammatical-historical brothers draw from certain Old Testament texts are not because of the grammatical-historical approach but in spite of it. And that is the inconsistency. They use the light of the New Testament to interpret texts properly then imply that it could have been done, and ought to be done, without the light.

So, the point is, I think it is actually impossible for any Christian to do a “purely” grammatical-historical method because we’ve already read the New Testament. We see things so plainly in the text of the Old Testament because the light is on and it is impossible to turn it back off.

Thankfully, the grammatical-historical brothers I know are going to preach Christ from the Old Testament even if they don’t find Him there solely based on their hermeneutic. They are going to read the New Testament back into the Old Testament even though their hermeneutic pushes against this. And for that I say, praise God. I just hope to see them drop the inconsistency and come on over to the covenantal side!

We can argue back and forth about what Hosea and Ezekiel understood by the power of the Holy Spirit. But from a grammatical-historical method applied to those texts, you cannot possibly realize the full meaning of those texts which is revealed to us in the New Testament. We need progressive revelation to understand the fullness of the Scriptures. All Scripture is necessary. In fact, you can’t rightly interpret the Old Testament without the New and you can’t rightly interpret the New Testament without the Old. The Bible is one cohesive story.

And it’s okay that saints only knew in part in the Old Testament because guess what? We only know in part now don’t we!? (1 Corinthians 13:9) What I mean is, there is more revelation to come. Now, before you call me a continuationist, what I mean is that in Heaven we will know God more fully, what angels actually look like, what the new heavens and the new Earth actually look like, all as we bask in Christ’s glory for all eternity.

We don’t have to know all of that in full now because the inerrant, infallible, authoritative, and clear Scriptures we have are all-sufficient for everything we need to know. The sufficiency of Scripture doesn’t mean we know everything we could possibly know about everything. It means that what we need to know now has been revealed. What God would have us to know and requires us to know is sufficiently revealed to us.

This is true for us and was the same in the Old Testament. We don’t have to say that Moses, David, or Hosea knew everything about everything. We can say there were things they didn’t fully comprehend – they knew in part, and were happy to prophesy what they knew. And they wrote under the inspiration of the Holy Spirit and what they wrote was sufficient for God’s people. And as we examine what they wrote in light of the New Testament we see that the Holy Spirit inspired them in such a way that all the furniture was always right there.

I’ll conclude this post with a lengthy quote from Louis Berkhof in his work Principles of Biblical Interpretation:

There is no truth in the assertion that the intent of the secondary authors, determined by the grammatico-historical method, always exhaust the sense of Scripture, and represents in all its fulness the meaning of the Holy Spirit. Many of the Old Testament types pointed ultimately to the New Testament realities; many prophecies found their final fulfillment in Jesus Christ, no matter how often they had obtained partial fulfillment; and many of the Psalms give utterance to the joy and sorrow, not merely of the poets, but of the people of God as a whole, and, in some cases, of the suffering and triumphant Messiah. These considerations lead us to what may be called, the deeper sense of Scripture.” (p. 59-60)

I want to reiterate that this is an in-house argument between faithful, conservative, bible loving, Christ-exalting, brothers, many of whom from both sides of this debate have contributed greatly to the cause of Christ and His Church. We would all do well to approach these discussions with humility and grace toward one another, even while maintaining and defending our convictions.

Live in the light, my brothers. I hope this has been a somewhat beneficial addition to the conversation.