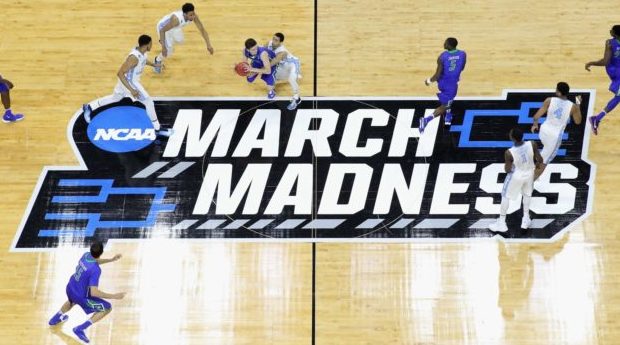 Why I Love March Madness

I got my first job when I was 16. The first thing I saved up money for was a TV and an antenna. The primary purpose for this purchase was to watch March Madness in my bedroom while the rest of my family was asleep. I have always loved the NCAA tournament. Here is why:

The Chaos — March Madness has earned its name. Every year there are upsets. Every. Single. Year. The tournament never fails to deliver in this area. Lehigh was a #15 seed and beat #2 seed Duke a few years back. Last year a #16 seed beat a #1 seed for the first time ever! History, friends! History! You see perennial powerhouses get knocked out by the likes of Florida Gulf Coast or Wofford or Romana Quimby State School of Horticulture.

The Emotion — Most of the players in this tournament will never play basketball at a higher level. They’ll go into regular jobs like you and me and play in rec leagues. This tournament is one last hurrah for men who have spent an insane amount of time and energy maximizing their skill at a specific sport. When a senior at Michigan State gets knocked out of the tournament, there’s a good chance he just played his last game of organized basketball. Basketball isn’t all there is to life but we can all appreciate how emotional it would be to pour that much into something and then say goodbye to it.

The Drama — We just witnessed Duke vs. Central Florida the other day. It was Coach K vs Coach Dawkins. Dawkins played for Coach K some 30 years ago and they’re still tight. Dawkins son plays for him now and played the best game of his life in the biggest game of his life. Presumable #1 overall NBA pick Zion Williamson went toe to toe with (my favorite player) Tacko Fall, the 7’6″ man whom I’ve watched develop from a tall guy into a guy who completely changed the complexion of a game that featured at least three first round draft picks on the other side of the court. The game went down to the final second. It featured countless controversial calls and unforgettable moments that only a single elimination tournament can provide.

March Madness is exhilarating. Yet as much as it is exhilarating, it is rather indefinite in determining who the best team actually is. A single elimination tournament in which teams are given only one day to prepare for a new opponent half the time is hardly a foolproof method to say, “This team is for sure the best.” It’s the most exciting, so I accept the trade-off.

I do have some ideas about how to improve the tournament:

The Play-In Games — Get rid of them. These play-in games are dumb. The criteria for an automatic berth in THE tournament is to win your conference tournament. Many of these smaller schools do that only to then be told they have to play another team who won its conference tournament, too. If anyone should be forced to “play-in,” it’s the teams with between 12 and 15 losses who did not earn an automatic bid.

More At-Large Mid-Major Teams — Enough of the 15-loss Big 10 and ACC teams. Enough of the 13-loss SEC teams. Let the little guys in. The big guys proved 13 times they’re not the best team in the country. Let a 6-loss Prairie View A&M get a shot.

Even at its worst, the tournament is still special. This year’s tournament has been, thus far, not all that exciting. There have been lots of blowouts and the Sweet 16 is almost entirely comprised of who was supposed to win. Interestingly enough, despite the “predictability” this year, there aren’t any perfect brackets remaining anywhere online!