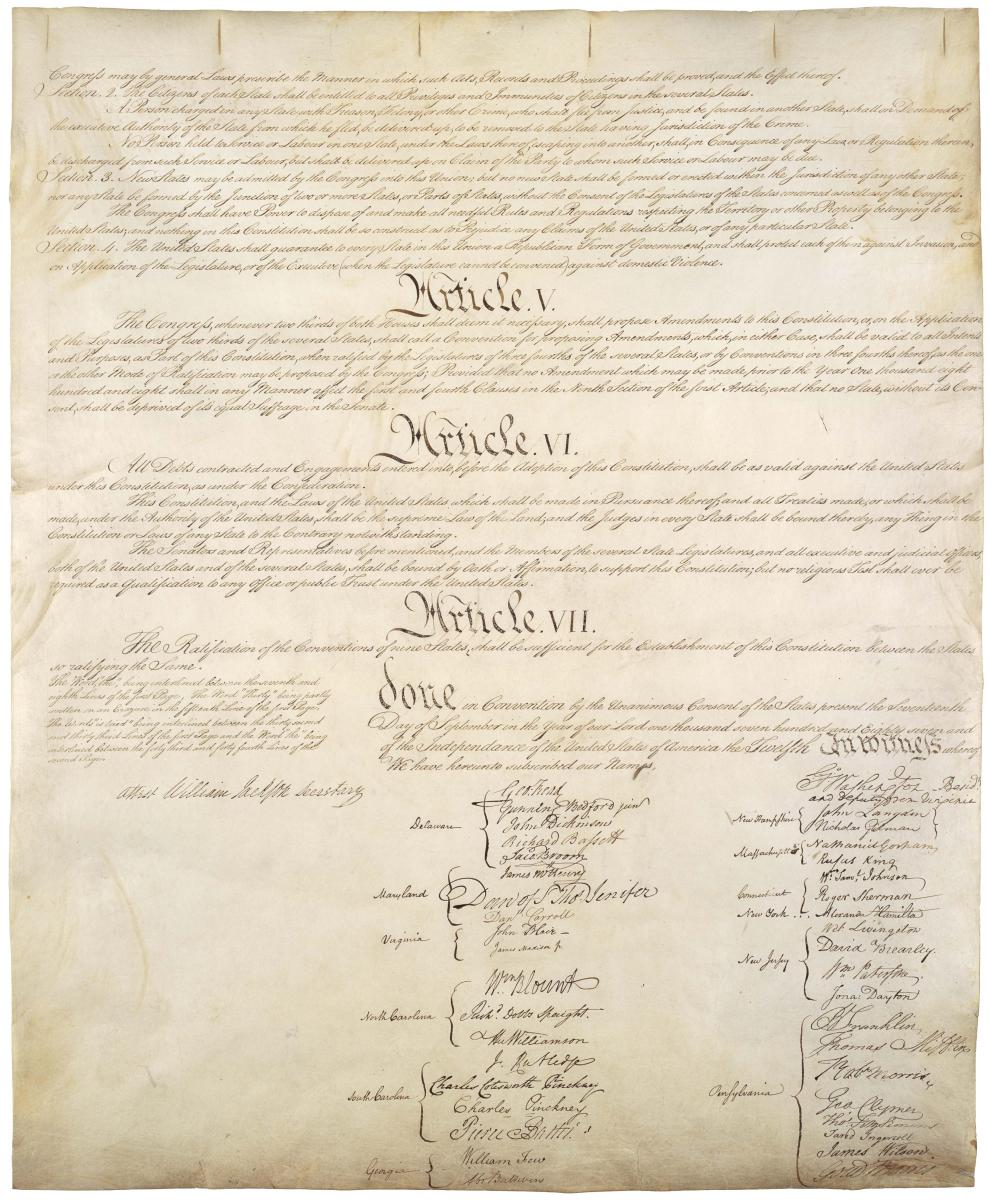 Free speech, free expression, and the freedom of religion are excellent rights which our constitution’s 1st amendment promises cannot be taken away. These elements, though not the Gospel themselves, allow the Gospel to be proclaimed freely within our borders. Our nation’s commitment to protecting and preserving these rights has led to a lot of good. America is a world leader in the production of Christian resources. You and I can acquire virtually any supplemental resource we could imagine to help us study the Bible as a result of this protection.

Admittedly, American is also a world leader in the production of bad Christian resources. That’s the trade off, though, isn’t it? Your local Christian bookstore’s commentary section is probably a lot smaller than its section on self-help. That’s a rant for another day…

Frequently we see someone lose their high profile position or get punished by their employer over something they said. The initial reaction we might have is to ask, “what about their freedom of speech?” Are their rights trampled in this situation? The quick answer is “No,” but I want to explore the issue a bit deeper.

When you enter into employment with anyone you are agreeing to play by their rules. The employer has certain expectations of his or her employees, and, if those expectations are not met, the employer is entitled to take action. This doesn’t make the employer’s action correct. I think employers make wrong decisions all the time when punishing workers, but I recognize that they have the freedom to make bad choices. They have a right to be in business with whomever they want, and if you do not align with their ideals then they are free to deal with you accordingly.

The 1st Amendment doesn’t protect you from repercussions from your employer anymore than it protects you from repercussions from your parents when you were a child. Got mouthy with your mom? Did you complain about your 1st Amendment rights when you got a couple swats on your butt or grounded from Sega Genesis for 2 weeks and you couldn’t play Triple Play baseball even though you were breaking records left and right (sorry, having flashbacks)? So it is with an employer.

The government basically promises to not arrest you for speaking out. That’s really what the 1st Amendment boils down to. That’s why for 8 years people could say President Obama was an undercover terrorist and they had no fear of being arrested. That’s why people today can accuse President Trump of being a Russian spy without fear of being arrested. If you make up anti-Trump/Democrat flyers and pass them out at work your employer will probably not be too thrilled. And it’s perfectly understandable why they wouldn’t be real happy. If their customer base caught wind of that then they risk alienating 1/2 of the people they are seeking. Not a great business plan. That’s why companies (used to) take neutral stances on hot button issues.

I see something a bit troubling today, though. While I respect the rights of businesses and customers and schools to punish certain types of speech, I do think it’s concerning.

What the 1st Amendment enables people to do is to speak freely and without fear, whether they are printing a news article that’s critical of a powerful person, preaching the exclusivity of Christ in front of a large audience, or simply sharing their personal beliefs with a close friend. None of the readers or listeners in those scenarios can go to the police and have the speaker arrested. And that’s a good feeling. It’s an even better feeling if none of the readers or listeners even bother going to the police or even consider going to the police.

Are people free to boycott chicken restaurants if they don’t like the CEO’s views? Of course. Can people do the same with Starbucks? Sure. But how are you going about it? We’re at the point in our culture where people may not fear the government arresting them for having a certain set of beliefs but they do fear getting fired or having threats made against them from an angry mob. So do they truly have free speech?

When LeBron was “called out” by Laura Ingraham and told to “shut up and dribble,” I saw lots of people applauding Ingraham. But this, friends, is exactly the problem. LeBron, though I likely have little common ground with him in regard to politics, has every right to talk about issues he wants to talk about. Ingraham, for her part, is trying to squash his free speech. She wouldn’t be saying that if LeBron were a Trump supporter and, perhaps, neither would you. She’s fighting an uphill battle and won’t hinder his free speech at all, but you see the restrictions she wants to place on who can and cannot express themselves with their words.

ESPN routinely shames athletes who have conservative beliefs. Colleges shame people with dissenting views. We’re not in a culture that sincerely loves free speech. I want people to be able to speak freely because I want to be able to speak freely. I don’t want someone with a bad take to be fired from their job or publicly shamed because I don’t want that to happen to me either!

In a pluralistic culture such as ours we’re always going to risk offending someone. Multiculturalism and free speech are not the best of friends. Our response isn’t to try to shut everyone up. Our response is to give an answer for the hope that is in us (1 Peter 3:15). We are to be patient and kind because God is patient and kind. We are to stand for the truth because Jesus isn’t the way, the compromise, and the life. He is the way, the truth, and the life.

We treat others the way we want to be treated. We don’t treat others how they’ve treated us because if we didn’t that may be revenge. God has called us to grace, mercy, and the exchanging of kindness.

We probably can’t do much about the erosion of free speech both in the letter and spirit of the law; at least not overnight. I think we can model a radical alternative, though. We can listen and be patient with sinners because we were once sinners who hated the words of Christ. We can tolerate others because God is holy and He tolerates them. We can be meek and stand for the truth because the Holy Spirit resides within us and He is more than able to empower us to meekness and conviction.