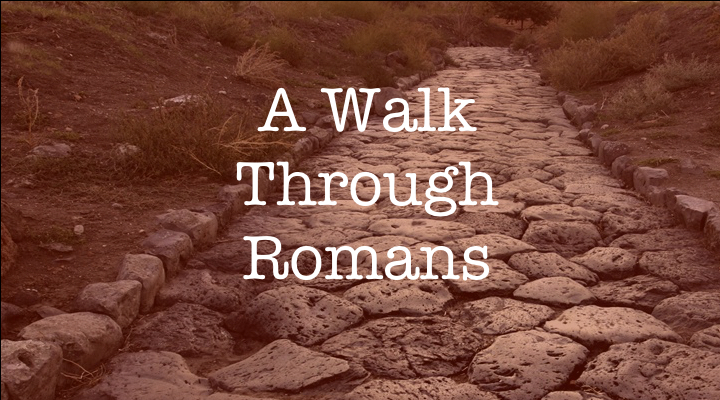 The Ugly Business Of Politics And The Trinitarian Hope of Romans 1:1-6

As I write, the presidential campaign season is in full swing. While my fellow Americans decide who will take over the Executive Branch, one thing we all know for certain: politics is an ugly business.

Politics is a proud industry. It’s pure egotism. Whatever problem society faces, every single one of these candidates wholeheartedly believes in their hearts that they have the answer. They (and only they) can fix whatever ills our world. Every single one of these candidates believes this, and former Presidents, wonderful as they may have been, have expressed this themselves as well. When you stop to think all of this through; when you stare at it for a while and consider its curves and colors and texture, you start to notice the dark realities of it all. Think about it! This “Vote for me or the world will end” frame of mind… you just have to conclude this is the thinking of a megalomaniac. We have a group of Pre-Animalized Nebuchadnezzar’s running for the highest office of our country, and a full moon is nearer than we even know.

Corruption. Communism. Twitter dunks. Lies. Manipulation. Drama. Drama. Drama — Republican or Democrat, such is the state of our current political atmosphere, and we simply can’t remove ourselves from its smog. We’re choking it down every day knowing, deep-down, that cancerous tumors are forming deep within.

Thankfully, the story of the world doesn’t start and end with President Whomever. I’m thankful for the Common Grace of human government, because, without it, sin would run even more rough-shod over our world than it already has. Imagine a place without police officers, laws, authorities, and prison sentences (Portland). I’m super glad we all aren’t Portland yet, though it seems we’re heading that way. Though God commands His people to honor authority, we should never grant these politicians power they don’t actually have.

Creature isn’t Creator. The Unholy isn’t Holy. The Incomplete isn’t Pure Action, and Incoherence isn’t Glorious Truth. Chaos isn’t Breathless Beauty and Harmony. This Triune God, one is Essence, Three in Person — well, He is another Being all-together and worth all of our loyalties as First Cause. None stays His hand, and good luck (no such thing) coercing Him to carry out whatever desires live deep inside of you. You were made for by Him and for Him, and the only reason you are reading this sad excuse of a blog post is because He’s granted you eyes to see and a brain to respond.

Perhaps God is allowing the breakdown of Western society because of its brazen pride. Maybe God wants to demonstrate in no uncertain terms that the “Greatest Country on Earth” is only great because God has ordained it to be so for a time. The Stone, not cut out by hands, will smash the statue and turn it to dust for good. There is no King but Jesus, and He rules in Heaven now and will rule on Earth in the Millennial Kingdom, then for Eternity.

Paul, a servant of Christ Jesus, called to be an apostle and set apart for the gospel of God— the gospel he promised beforehand through his prophets in the Holy Scriptures regarding his Son, who as to his earthly life was a descendant of David, and who through the Spirit of holiness was appointed the Son of God in power by his resurrection from the dead: Jesus Christ our Lord. Through him we received grace and apostleship to call all the Gentiles to the obedience that comes from faith for his name’s sake. And you also are among those Gentiles who are called to belong to Jesus Christ.

My seven-year-old son Carson is pretty amazing, as far as seven-year-olds go. He’s a brilliant mathematician and has a penchant for spelling and art. He’s athletic, runs with perfect form, and loves God’s Word. I truly enjoy spending time with Carson. He’s a wonderful first-born son, and I am very pleased with Him. Carson’s a sinner, though. He disappoints me from time to time. He does things that make me scratch my head, and he even argues with his sister from time to time.

Consider Paul’s words here in Romans 1:1-6. Under the inspiration of the Holy Spirit, he describes the nature of the glorious good news of the Gospel: it was foretold by the prophets that fallen man would one day have unfathomable access to God, and that through His Son. The Son in whom the Father has been well-pleased and satisfied from all ages.

I love my son. If you bullied and mistreated my son, you and I wouldn’t get along very well. Similarly, we will only reach the heart of God the Father if we adore God the Son.

The Father, in His great love for His Son, determined before time to create a world in which His Son would receive maximum honor, glory, majesty, and worship. Jesus would be the undisputed champion. The hero. Jesus would be declared through His atoning work for sinners, who were determined to be saved by His unchangeable will before time, to be  1) “the Seed of David,” 2) “Son of God,” 3) “resurrected from the dead,” and 4) “our Lord.”

Though we honor governmental authorities, we don’t worship them. We might be loosely united with other conservatives, seeking to stave off communism and abortion, but God is the one true Sovereign, Creator of heaven and earth. We must submit all of our wishes, dreams, futures, and aspirations to the infinite unity, diversity, simplicity, complexity, beauty, and harmony of the Trinity: united in purpose: to glorify the Father through the work of the Son, empowered by the Spirit.

Light shines brightest in the darkness. It could be that the ugliness of our current political system simply exists to enhance the glory and holiness of the risen Son of David.