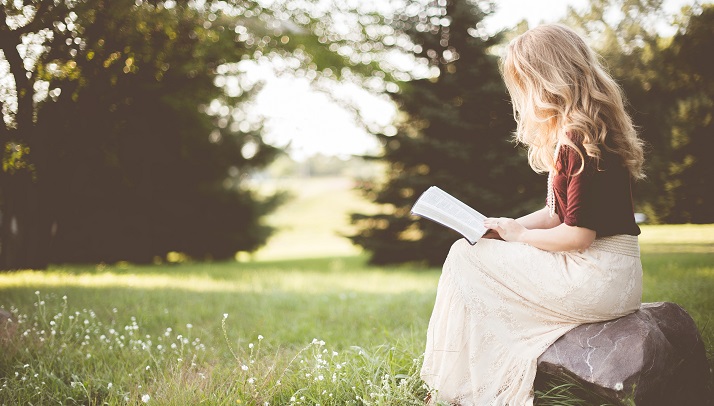 “Mary, Did You Know?” is a Christmas song with lyrics written by Mark Lowry and music written by Buddy Greene. It was originally recorded by Christian recording artist Michael English on his self-titled debut solo album in 1991 (English and Lowry were both members of the Gaither Vocal Band at the time). It reached No. 6 on CCM Magazine’s AC Chart. Lowry would record the song several times himself, most notably with the Gaither Vocal Band on their 1998 Christmas album Still the Greatest Story Ever Told (Wikipedia).

Every year that I can recall, the social media universe has blown up with folks saying, “Yes, Mary knew! Stop playing this song.” Bear with me as we look deeper into the lyrics.

One of the primary criticisms of this song is that it asks Mary if she knew something which the critics generally maintain she undoubtedly knew. We will deal with what she did or didn’t know later, but for now I’d like to consider the device called a “rhetorical question.” A rhetorical question is a figure of speech in the form of a question that is asked to make a point rather than to elicit an answer, (Wikipedia, again). The fact that someone asks a question DOES NOT necessarily imply that the questioner does not already know the answer, nor does it necessarily imply that the person being asked does not know the answer. A great example is Genesis 3:9, 11, 13 of questions that weren’t meant to obtain information, but to prove a point.

Why do you have to interpret the song as implying she didn’t know? Would using a rhetorical question to teach truth about Christ be such a terrible thing? #SWIDT

Look at the 17 questions asked of Mary and then ask yourself if you think the obvious answer to all of them is ‘Yes.’ I contend there are some things she likely didn’t know of which the song spoke. And there are other things which she could’ve known from Scripture and God’s illumination, but we don’t know for sure she did. Search the OT scriptures yourself and try to figure out which things would have been plainly clear to her, and remember:

Luke 2:49 And he said to them, “Why were you looking for me? Did you not know that I must be in my Father’s house?” 50 And they [Mary & Joseph] did not understand the saying that he spoke to them

Having said all that, let’s actually consider the song itself. In summary, the song is a list of 17 questions directed toward Mary, the mother of Jesus. So, to truly evaluate whether or not the song is insipid, we should look at all 17 questions. I’ll offer some brief prooftext for each. Let’s do it!

Mary did you know that your baby boy will one day walk on water?

There is no biblical support that Mary would have known that Jesus would walk on water.

Mary did you know that your baby boy will save our sons and daughters?

We believe that she understood that she carried the Messiah. (Luke 1:35)

Did you know that your baby boy has come to make you new?

What concept do any of us actually have of the new birth until we experience it?

This child that you’ve delivered, will soon deliver you

Again, it seems she understood that she would carry the Lord in her womb and that He would be her deliverer, and we’ll assume Joseph shared what he was told with his betrothed (Matthew 1:21). But there were things that were confusing, right? (Luke 2:50)

Mary did you know that your baby boy will give sight to a blind man?

There is no biblical support that Mary would have known this for certain. Although, depending on how well she knew Isaiah 35:5 and applied it to the Messiah, she may have known Jesus would one day do this.

Mary did you know that your baby boy will calm a storm with his hand?

There is no biblical support that Mary would have known this. But if she was familiar with Psalm 107:29, she could’ve assumed maybe her son would be able to, at least?

Did you know that your baby boy has walked where angels trod?

I suppose she could have surmised this knowing He was the Son of God (Luke 1:35).

And when you kiss your little baby, you have kissed the face of God

Seems she would have realized this.

The blind will see, the deaf will hear and the dead will live again

How much of this she understood is questionable. Isaiah 35:5 is clear about blind and deaf being helped. She certainly knew there was a future resurrection, but did she understand that her Son would die and be resurrected? She seemed confused at times during His ministry; it seems irresponsible to say that she understood as much as we understand today, considering the nature of progressive revelation. Did she know that Jesus would literally raise people from the dead such as Lazarus?

The lame will leap, the dumb will speak, the praises of the lamb

Maybe she thought of Isaiah and applied it to God’s anointed…we don’t know.

Isaiah 35:6 then shall the lame man leap like a deer, and the tongue of the mute sing for joy.

Mary did you know that your baby boy is Lord of all creation?

She should have understood this.

Mary did you know that your baby boy will one day rule the nations?

Interestingly enough, she would have known this from the OT, but from the Angel in Luke maybe only that he’d rule Israel. He will be great and will be called the Son of the Most High. And the Lord God will give to him the throne of his father David, and he will reign over the house of Jacob forever, and of his kingdom there will be no end.” (Luke 1:32-33)

Did you know that your baby boy is heaven’s perfect Lamb?

I don’t think so. It seems Jesus being the sacrificial lamb was somewhat obscured to people. I don’t imagine anyone knew this prior to John the Baptist announcing it (John 1:29). And even then I think it was misunderstood. Think of Peter who had a lot more revelation than Mary but was still confused until it all came to fruition at the resurrection.

This sleeping child you’re holding is the great I AM

Luke 2:19. There were many things she knew. And this song mentions things she didn’t or at least thing we cannot be sure she understood. It wasn’t written as a theology essay, but as an artistic way to tell about Jesus’ life through the lens of asking questions of His mother. And it isn’t implied whether she did or didn’t know these things in the song, so the song doesn’t teach anything false.

Go ahead and enjoy the song this season and year round.