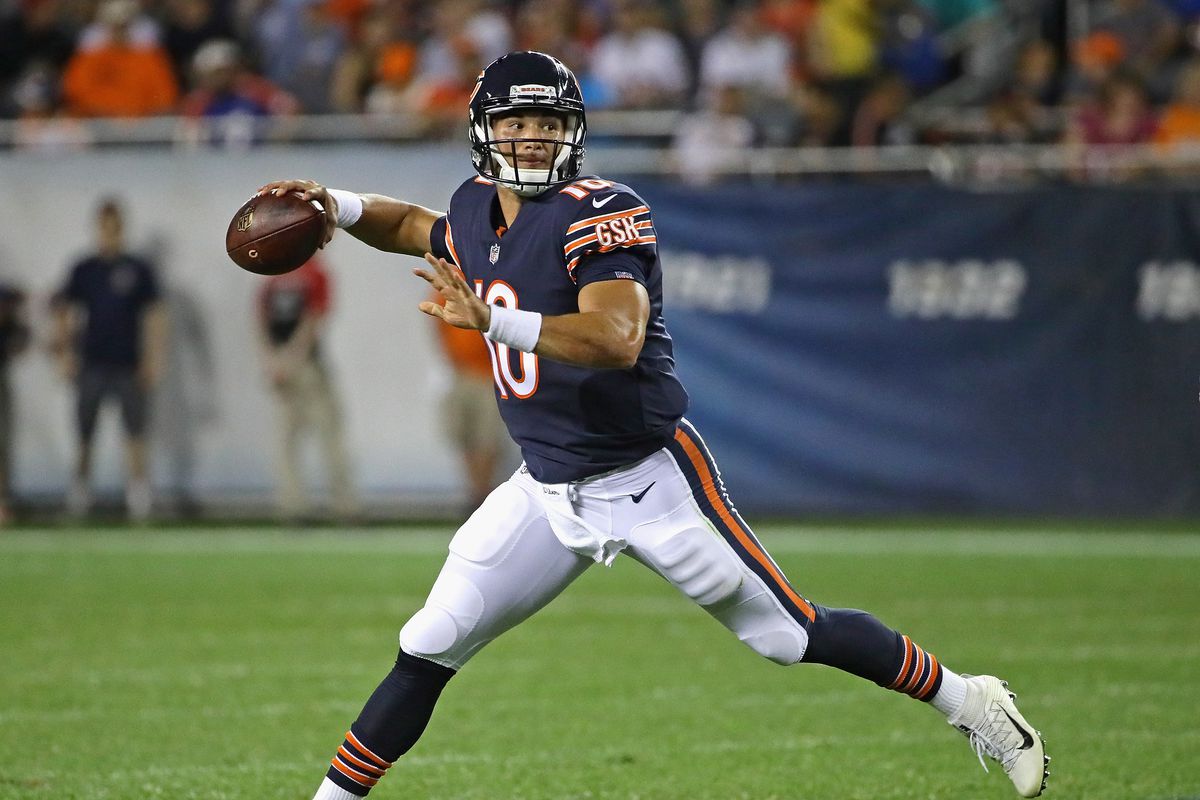 Put Me Through The Concussion Protocol: I’m Optimistic About The Bears

Do I have a concussion?

I don’t remember a line-backer from the Jacksonville Jaguars committing a pointless penalty against me in the AFC Championship Game by spearing me right in the head.

That was Gronk, not me, right?

If I don’t have some sort of brain injury, then what, pray-tell, is going on with all of this Bears optimism that I’ve been feeling lately?

John Fox was hired in 2015 to be the gas station breath mint that removes the awful and weird taste that Marc Trestman left in all of our mouths. That had to have been the only reason the Bears brought him to Chicago, because, remember, you have to score points and take risks in the NFL to win, and John Fox never seemed interested in doing either of those.

For Bears fans, Foxy didn’t simply bring a raspy voice, paranoid tendencies, and stories about Gidget, his childhood pet monkey who was accidentally left outside in the heat to die — My Fox And Friend brought stability. Professionalism. Experience. A sense of normalcy.

Even though El Zorro has the lowest win percentage in Bears history (14-34), never pushed the Bears over .500 at any point, and led the Bears right down to the basement cellar of the NFC North in each of his three seasons, all that disorganization and weirdness Trestman left us with in 2014 has somehow been forgotten.

John Fox was never the steak dinner we wanted. I mean, he wasn’t even the jumbo shrimp basket at Popeye’s. He’ll always be our gas station breath mint, though. I recently sat down to watch Bears new Head Coach Matt Nagy introduce all of his new coordinator-hires on YouTube, and, by-George, if I didn’t feel good about things at Halas Hall. Nagy was hired shortly after Fox was canned, so the Bears actually got a head start on hiring people. It’s clear now that the market for coordinator positions was teeming with talent and aptitude, and the Bears were actually able to identify and grab some of that talent while retaining the architect of their top-ten defense, Defensive Coordinator Tricky-Vic Fangio.

The press conference on January 18th gave me all the feels. Nagy knows where his strengths are: offense, people skills, and teaching. He’s also self-aware, and knows his shortcomings — and there are some glaring ones. As the Chiefs’ former Offensive Coordinator, his game plan against the Steelers was notably bad. Thankfully, his coordinator hires are not only really good at what they do and widely respected around the league, they also excell in the experience Matt obviously lacks in.

Bears GM Ryan Pace is doing a nice job, and, I can’t believe these words are being typed by my fingers right now for you to subject yourself to: Chairman George McCaskey actually deserves some credit for these concussion-like symptoms I’m experiencing currently. All he had to do was stay out of the way of the “Football-Knowers,” and Wow! It seems like he did it this time around.