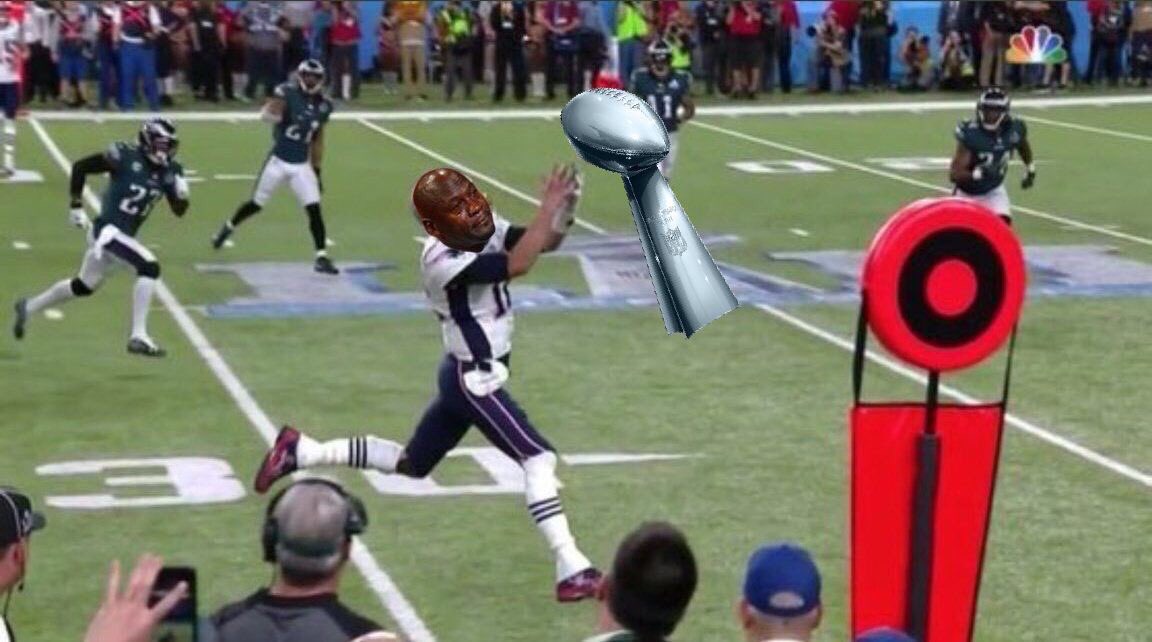 Brady Is Not The GOAT, But Super Bowl LII Was

I’m old enough to remember a time when the running joke was about people being more excited for the commercials than the game. The games were routinely lopsided and the commercials, in my nostalgic mind, were hysterical. I don’t know how true that is. From 1985 (the year I was born) to 1997, there were 2 games that ended within one score. From 1997 through last night, there have been 13 games that ended within one score. That’s an incredible juxtaposition. Doug Pederson was Favre’s backup QB in this game

I can recall some insane championship games. The Elway vs. Favre game was high drama. The 18-1 game. The Steelers-Cardinals game where the Steelers, in typical fashion, won a game being on the favorable end of close calls and close plays.

But I’m not bitter.

Nope, not I. We had last year’s fairly predictable 25-point comeback that was supposed to be like really shocking but wasn’t really at all for anyone even remotely familiar with the Patriots since 2001. None of them quite matched the intensity of Sunday night.

The defenses weren’t impressive. Let’s get that out of the way. The defenses were not good. A record for yardage was set Sunday. Not just for the big game or the postseason, but for all games – maybe even video games, too. Brady had 500+ yards passing! Three Pats receivers had 100+ yards receiving! Defense shmefense.

The last nine or so minutes were ceaseless drama. Brady throws a ball that the humble Gronknowski manages to gracefully catch, despite his bionic arm; Patriots take the lead. Game over. Even if the Eagles manage to score and regain the lead, there will be enough time on the clock for Brady. Foles marches down the field. Fourth-down conversion! Precision passing! But when are the Patriots going to get the obligatory boost from the refs?

You know it’s coming. We all know it’s coming. Ertz catches a pass in the middle of the field and runs about 35 yards  even though he’s just outside the 5, leaps over a defender, crosses the plain with the ball still in his grasp, lands on the ground, and the ball pops out! Oh no, here it comes. Zero chance the Eagles get this call. Chris Collinsworth was drooling just thinking about this call going his..err…the Patriots way.

But wait! The whole country is shocked New England didn’t get that call. Touchdown Eagles! Eagles go for two and don’t convert (questionable non-call as the receiver was hit before the ball got to him, and, unfortunately, the refs had already charged the Patriots their one allotted penalty) but that’s okay. Just get one stop. Back-to-back games where the Patriots are only called for 1 penalty. Interpret that as you wish.

Brady takes over with over two minutes left, down by five. It’s every non-Patriots fan’s worst nightmare. 0% chance Brady doesn’t score here. A couple plays later, Brandon Graham charges in, knocks the ball out, and the Eagles recover. The refs and the league desperately scramble to see if they can somehow say Brady’s arm was going forward, but not even they could overturn this one (expect a rule change in the off-season that says you’re not allowed to hit a QB’s arm).

The drama is just beginning.The Eagles run three plays, get the clock down to about 1:10, and then set their rookie kicker up for a 46 yard FG! No way he can make this. If he misses this, the Patriots take over with great field position and only needing a TD to win.

I’m still shocked by this, if I’m honest. One of the all-time kicks. If he misses that, I think the Patriots win. Eagles kickoff and the Patriots try some out-of-character trick play that backfires and pins them deep. Brady gets far enough down the field to lob a No Maverick Molecule (A.K.A: Hail Mary), the ball falls to the ground, and I’m suddenly no longer a hard cessationist.