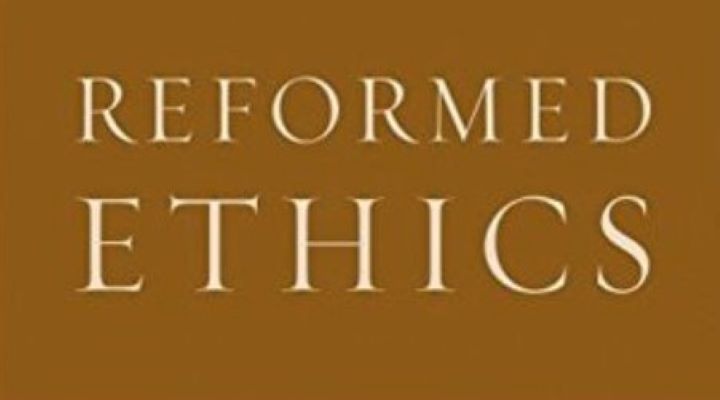 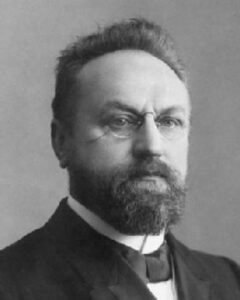 Herman Bavinck (1854–1921) was a minister in the Christian Reformed Church of the Netherlands. In 2008, his massive four-volume Reformed Dogmatics was published in English for the first time, and more recently, his Christian Worldview and The Wonderful Works of God have been released. In 2019, Baker Academic published the first of his three-volume Reformed Ethics.

As the editor explains, Bavinck conceived Reformed Ethics as a companion to his Reformed Dogmatics. There is some evidence that Bavinck had intended to publish Reformed Ethics, yet for whatever reason, he never did (ix). The work began as a series of lectures that Bavinck gave in Kampen from 1883 to 1902 but languished as a 1,100-page manuscript after his death in 1921. That is, until 2008 when the manuscript was rediscovered. Baker Academic’s printing of volume 1, under review here, consists of what were the original “Books” I and II; vol. 2 will contain Book III, and vol. 3 Book IV (xxvii). 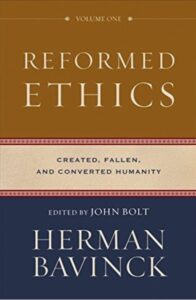 This volume is divided into two major parts, each exploring the states of pre and post-conversion humanity. In the first part, “Book 1: Humanity before Conversion,” Bavinck starts with the foundational issue of the imago Dei before moving on to questions of the nature and influence of sin (33–228). The second half, “Book 2: Converted Humanity,” considers the restored believer’s life in the Spirit, growth in maturity, and perseverance in the Christian life (239–461). The work concludes with a bibliography and scripture, name, and subject indices (495–564). Readers should be aware that some Hebrew, Greek, and Dutch terms are left untranslated. While this volume is complex and academic in some areas, it should be accessible to most readers who are willing to patiently work through it.

A Theology of Ethics

As I have already mentioned, Bavinck saw ethics as a primarily theological concern, not a utilitarian one. You will not find entries on abortion, gambling, or taxes in the subject index of this volume. This is not to say that Bavinck was unconcerned about specific ethical questions. But why speak of “ethics” and not “morals”? Bavinck saw that, even in his own 19th century context, “morals” carried the baggage, or “evil smell,” associated with moralistic preaching (xxv, 17–18). He defined ethics as “the scientific description of the grace of Jesus Christ in operation, i.e., his divine life-content in the form of a person’s life.” (xxv, 21–22).

While Bavinck recognized ethics as connected to dogmatic theology, they were not synonymous. As he succinctly put it, “Dogmatics is the system of the knowledge of God; ethics is that of the service of God.” (xxvi) In his original manuscript for Reformed Ethics, he took a more devotional tone on the subject, writing, “Dogmatics proceeds from God; ethics returns to God. In dogmatics, God loves us; in ethics, therefore, we love him.” (xxvi)

Even pre-conversion, Bavinck saw mankind as capable of doing good in a certain sense. Human knowledge, will, and ability have been diminished by the fall, but not destroyed (161). However, when it comes to “spiritual, heavenly matters,” knowledge, will, and ability have been completely lost. (161) As his predecessors put it, mankind is totally depraved. Bavinck argued that even the best of human virtues are “splendid vices” when held to the perfect standards of God’s holiness. In contrast to fallen humanity’s utilitarian standards of virtue, Christian ethics remains focused on God’s glory.

Regenerate mankind enjoys a different relationship with ethics than he did in his fallen condition. In Chapter 10, “Persevering in the Christian Life”, Bavinck begins by exploring the debates in church history surrounding assurance and eternal security. As he asserts,

We can be absolutely and infallibly sure of our salvation; our past election and future glory are assurances drawn from the present experience of grace, in which we realize our adoption as God’s children. (362)

The testimony of the Holy Spirit provides the grounds for assurance and a newfound relationship to works. To be clear, as a convictional credobaptist, I have to quibble with Bavinck’s attempts to connect baptism to the testimony and sealing of the Holy Spirit. He calls baptism a sacrament “whereby one enters the church” and in which “we now receive God’s Spirit.” (385) At the same time, there is much more that I found myself yes and amen-ing. Bavinck methodically demonstrates that the Spirit adopts, leads and seals the believer (394–395), illuminates him about his own good works, and allows him to see the good in them (412). Put another way, no one is truly “ethical” apart from the work of God’s Spirit.

While Bavinck was not a pragmatist, he does not leave us without a guide to the means to “restoration and consummation” for Christians. Sounding a lot like later proponents of the “spiritual disciplines,” Bavinck points his readers to prayer, meditation (the good kind), reading the Bible, fasting, watching, solitude, hymn singing, and vows (461–493). Regarding fasting, Bavinck points out that the Reformed opposed it as mandatory or meritorious, but still recognized that it can be a biblical, helpful practice at various times (490). I was disappointed to find that Bavinck’s section on Scripture intake was brief, compared to the many subsections he dedicated to prayer for example (484–485). This is a minor critique since so much of this volume is informed by and saturated with the Bible.

Created, Fallen, and Converted Humanity is the first in what will be an eventual three-volume set from one of the great rediscovered theologians of the past. Bavinck’s method for thinking through ethics is challenging and helpful. In many sections, I found myself driven to worship the God who frees his people from the spirit of slavery, grants them his Spirit of adoption, and enables them to obey Him out of gratitude. I look forward to seeing the release of the remaining volumes. Highly recommended.