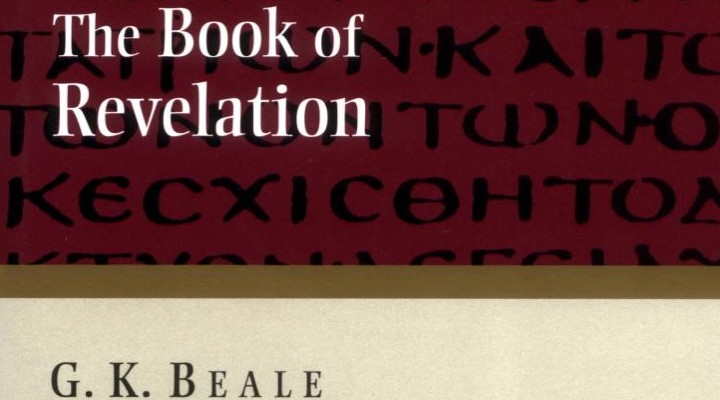 Book Review — The Book of Revelation: A Commentary on the Greek Text

The Book of Revelation:

A Commentary on the Greek Text. Ask any pastor and they will tell you that Revelation may be the most requested book of the Bible for them to preach from. At the same time, ask most pastors what book of the Bible they least want to preach from and their answer will also be, “Revelation.” This is understandable since Revelation is full of confusing symbols and imagery. Christians have wrestled with Revelation for hundreds, if not thousands of years. Who or what is the beast? Who or what is the antichrist? Will “Babylon” be a specific nation or a broad type of political system? Will there be a literal rapture? Who’s survives the tribulation?  Is Cameron or Cage the post-rapture hero we didn’t know we needed?

Another well-known G.K. (Chesterton), once quipped that “though St. John the Evangelist saw many strange monsters in his vision, he saw no creature so wild as one of his own commentators.” [1] Chesterton had no idea how right he was. By the 1970’s and ’80s popular dispensationalist writers like Hal Lindsey were claiming that the scorpions in Revelation were actually military attack helicopters and we were all just one generation away from the end of the world (cf. Revelation 9:7-10).[2] To be clear (and fair to my dispensationalist brothers and sisters), there are plenty of solid commentaries on Revelation from dispensationalists who would reject Lindsey’s ideas but still not agree with what Beale teaches as a Reformed/covenant theologian. The point is that Lindsey is a classic example of the extremes that some interpreters of Revelation have gone to in recent years.

G.K. Beale is nothing if not thorough in his commentary on Revelation, which is part of the New International Greek Text Commentary (NIGTC) series. He starts by admitting that he originally planned to write a commentary on 2nd Peter and Jude but was asked to handle Revelation instead when another scholar dropped out (xix). Beale was reluctant to try and write yet another commentary on John’s apocalypse but ultimately decided to take this on since he had been studying John’s use of the Old Testament in Revelation and became convinced that this was the key to properly understand it.

The introduction to this commentary is 177 pages before the author ever gets to the commentary itself. He spends more than 20 pages just to lay out the various arguments for later and earlier dates of when Revelation was written (4-27). Beale also provides a summary of the major interpretive approaches (Preterist, Historicist, Futurist, and Idealist), which should interest anyone who has wrestled with trying to decide which eschatological camp, if any, has it right. Beale ends up going with a “none of the above” kind of approach, arguing for an Eclectic view, or what he calls, “a Redemptive-Historical Form of Modified Idealism.” (44-48). So for example, he still recognizes that John was prophesying “the final coming of Christ to deliver and judge and to establish the final form of the kingdom in a consummated new creation” but he allows for some exceptions as to when prophecies are literal, which are still future, and so on (48).

One of the main ideas that Beale argues for is that Revelation 1:19 was intended by John as a deliberate reference to Daniel 2:28-29, 45. For this author and other commentators before him, this connection forms the interpretive key to the rest of Revelation (159). In keeping with Beale “modified idealism” there is an already and not yet tension that has to be kept in mind in order to fully appreciate his position.

The introduction to this commentary ends with what Beale sees as the theology and goal of Revelation and a major component of it is in looking for a biblical theology of John’s inspired text (171-177). I think Beale is right to argue that instead of trying to read our own time period back into Revelation, we would be better served by trying to understand the original author’s biblical theology in the actual text of Revelation. In other words, what is the through-line of Scripture that John saw when he was inspired to write the book? When is John telling us, in effect, “Don’t hear what I’m not saying.”?

As with the return of Christ, the author holds to what are basically conservative, historical positions in his theology. He supports the view that the “second death” (cf. Rev 14:10-11; 20:10) primarily refers to eternal conscious torment for unsaved sinners (1006). Beale also sees his conclusions and being supported by a contrast between the Bible’s references to the “first”/ “old” and “second”/ “new” (1007-1017). Beale is a consummate biblical theologian and can’t seem to help himself in some places. As he rightly puts it, “The first Adam had a perishable, inglorious body and brought death, whereas the last Adam had an imperishable and glorious body and brought eternal life.” (1007).

The author includes plenty of interaction with other scholars but thankfully this is not just a “commentary on commentaries” like so many others tend to be. Beale’s writing style, along with the sheer volume of it, can be challenging to follow. This is not a knock against him per se, just a warning to those of us with increasingly short attention spans.

It would be a mistake to think of this book as devotional or light reading. This is a weighty book that functions best as a reference or resource to dip into as needed. Readers should also be aware that Beale gets into the particulars of the Greek text itself. For anyone without language training this could be a challenge but, in most cases, English translations are provided and Beale gives enough surrounding context to fill in what is being said. G.K. Beale’s commentary on the Book of Revelation is an important contribution to the study of the Book of Revelation. It has already served as one that should not be ignored by serious students of Scripture.