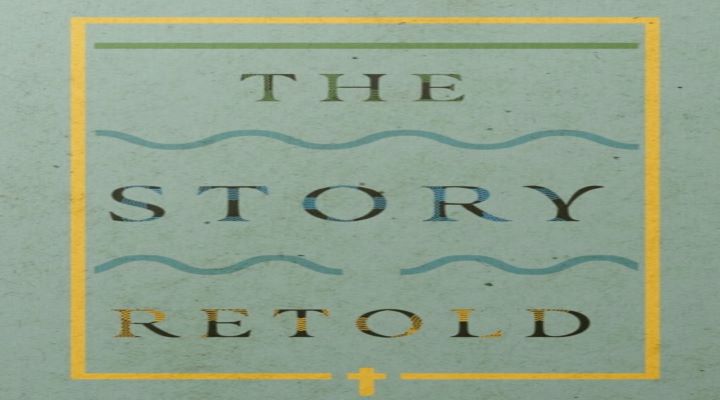 Book Review — The Story Retold: A Biblical-Theological Introduction to the New Testament G.K. Beale serves at Westminster Theological Seminary as the J. Gresham Machen Chair of New Testament. His other works include the NIGTC Commentary on the Book of Revelation (reviewed here), the massive Commentary on the New Testament Use of the Old Testament, and the recently published Redemptive Reversals and the Ironic Overturning of Human Wisdom.

Benjamin L. Gladd is an associate professor of New Testament at Reformed Theological Seminary. He is the author of Making All Things New: Inaugurated Eschatology for the Life of the Church and From Adam to Israel: A Biblical Theology of the People of God in his own Essential Studies in Biblical Theology series.

New Testament introductions can be an invaluable tool for the student of the Bible. They typically provide a starting point for teachers and students of the Bible to go into more depth. More detailed than notes in a study Bible, but not as specific as a commentary, introductions fill an important gap.

I have been a fan of these authors, particularly Beale’s New Testament Biblical Theology and his Commentary on the New Testament Use of the Old Testament. When IVP announced that Beale and Gladd were partnering to produce an NT introduction, many of us were understandably excited. Obviously, it would not be practical to cover how the authors handle every single book of the New Testament, so my goal in this review is to provide you with an overview of what you can expect.

The Story Retold holds a unique position among New Testament introductions. Instead of simply providing background information about the dating authorship about each book, Beale and Gladd focus on the NT’s continuity with the Old Testament. As they put it, “Israel’s story is the church’s story.” (xi). They examine each NT book in 4 ways. First, biblical-theological themes are laid out. Next, threads and connections between the NT passage under consideration and the Old Testament are shown. Third, are images that relate to the topics under discussion. Finally, there is an outline of the NT book with an eye towards the OT.

Before getting to the books of the New Testament, the authors spend the first chapter giving us an overview of “The Store Line of the Bible” (1-17). Citing 2nd Corinthians 1:20, the authors say that “through Christ’s earthly ministry, death and resurrection, all the Old Testament prophecies that concern latter-day Israel are initially fulfilled in the church.” (16). In case you are wondering, yes, the authors hold to covenant theology rather than dispensationalism. The authors are careful to admit that will be some overlap between the old age and its effects and the new age inaugurated by Christ (17).

The Old in the New

In Chapter 2, “The Use of the Old Testament in the New”, the authors draw on their years of collected experience (18-30). It has been estimated that 352 verses in the NT are quotations from the OT and more than 1000 verses which may be allusions to the OT (18). I appreciated that the authors are careful to make distinctions between OT references, quotes, and allusions (21-23).

Thinking through what we should draw from direct quotations from the Old Testament as opposed to allusions can be difficult but Beale and Gladd give us what I think is a helpful analogy. They describe encountering the NT use of the OT as an iceberg. For example, what do we do with Mark’s use of the Prophet Isaiah? When Mark 1:3 quotes Isaiah 40, the words of Isaiah 40:3 are the “tip” of the iceberg, but Isaiah 40-66 is the remainder of the iceberg which is submerged under the water (19). In other words, Beale and Gladd are saying that Mark is trying to point his readers to the “broad context” of all of Isaiah 40-66 with just one verse.

Let’s look at how Beale and Gladd introduce the gospels. For Mark’s Gospel, the authors point to the “second-exodus” as a major biblical-theological theme (71). I was very pleased to see them tie Genesis 3:15 into the coming of Christ (73). The authors conclude that Mark’s use of the OT demonstrates a connection between the eschatological ruler described in Daniel 7 and Israel’s second exodus of Israel’s restorative escape from Babylon (71, 73).

A minor critique must be included at this point. The headings for some chapters appear to be misprinted. For example, the words “second exodus” is in bold print while “The Messiah and the messianic secret” is in italics. Based on the layout of other sections where all the headings are in bold, the italics appear to be a minor typo.

Paul’s Letters and the New Perspective

The authors include a valuable section interacting with the so-called “new perspective on Paul”, which has been promoted by scholars like NT Wright (248-250). The NPP can be complex and there have been several responses in recent years, but Beale and Gladd helpfully boil down the debates to the question of what Paul’s primary concern was (248). Was Paul primarily concerned with an individual’s standing before God or something else? The New Perspective is that Paul’s teaching on “justification” is not about how a person “enters”, but how they “continue” in God’s covenant community through “faithfulness”, i.e. faith plus works.

While Beale and Gladd are critical of the NPP, they point out positives to come out of the movement (249). First, the NPP helped bring attention to “the social dimension of the Mosaic law” and its potential to divide Jew and Gentile. Next, the NPP is correct in arguing for equal standing by Jews and Gentiles based on faith in Christ “as the supreme revelation of God, to which the Old Testament law pointed.”

In their critique of the new perspective, the authors write that one crucial weakness is its failure to harmonize Paul and the NT writers with the through-line of the Bible’s story. The first Adam failed in the garden where the last Adam gloriously succeeded through his perfect life, death on the cross, and resurrection. All people are either in Adam or in Christ. As the authors put it, “Focusing on how one continues to be identified with the covenant community puts the cart before the horse. Our identity with the first or last Adam must remain primary.” (249).

Faith and Works in the Letter of James

I recently had the opportunity to teach through the Letter of James in my church so I was curious how Beale and Gladd would handle the difficulties associated with the letter. The authors make some comments which can seem troubling at first glance (much like James himself.) They refer to a “future, final justification.” (395). Given the claims of the NPP, anyone rightly concerned about the doctrine of justification by faith alone should be looking carefully at this point. Thankfully, the authors affirm that “individuals are exclusively saved through genuine faith in Christ and his work on the cross and resurrection, but such faith will always result in works.” (397). The point they are making is that believers will be “vindicated” in the final judgment by those works, in the sense that works prove their saving faith was real.

The Story Retold is a unique New Testament introduction, focusing on the biblical-theological themes and continuity with the Old Testament. The authors remain faithful to tried and true orthodox teaching while also interacting with the latest biblical scholarship. I highly recommend this volume as a resource for your theological library.