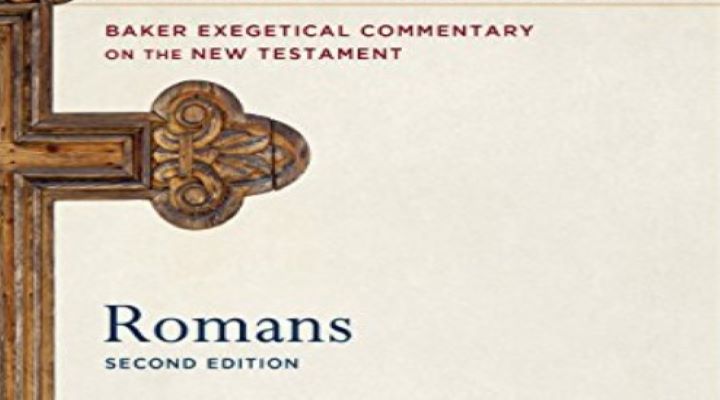 Thomas Schreiner is one of the most well-respected New Testament theologians working today. He serves as the Southern Baptist Theological Seminary’s James Buchanan Harrison Professor of New Testament. His other works include The King in His Beauty: A Biblical Theology of the Old and New Testaments, New Testament Theology, and Paul: Apostle of God’s Glory in Christ. Paul’s letter to the Romans has been considered the apex of the full-orbed gospel message revealed in redemptive history. The letter has nourished and challenged its readers for 2000 years and scholars have given us a lifetime’s work of material to help us understand. So, why another commentary on Romans? At the time of this volume’s publishing, Thomas Schreiner had already produced a well-regarded commentary 20 years earlier with his first edition of the Baker Exegetical Commentary on the New Testament (BECNT). As the author explains, an update was appropriate so that he could interact with significant research on Romans and explain where he had changed or nuanced his own thinking on certain areas including the themes of the righteousness of God, if the “gentiles” of Romans 2:14-15 should be identified as Christians, and the intended meaning of Romans 5:12 (xi).

In his work on Romans 1, Schreiner is thorough while examining the nature and function of faith according to Paul’s teaching. He affirms that faith is conditional in the sense that it is necessary for salvation (65). He rightly clarifies that saving faith includes mental assent but is more than mere mental assent. Regarding the thorny questions of what Paul meant by “the righteousness of God” in Romans 1:17, Schreiner surveys the various interpretations of the phrase and concludes by defending the historic Reformed understanding. He concludes that “One isn’t made righteous by faith but is counted as righteous by faith.” (69).

A “New Perspective” on Paul?

With this second edition, the author also takes the opportunity to interact with and critique the “new perspective on Paul” movement promoted by scholars like N.T. Wright. Schreiner is direct and often pointed in his critiques of NPP scholars, but he remains respectful. While examining Romans 4:4, he concludes that “Wright’s reading here is creative but fails to persuade.” (229). While Schreiner agrees with him at some points, he argues that Wright’s misstep is reading making Genesis 15 the interpretive grid for Romans instead of allowing Paul’s words in Romans to speak for themselves. He points out that gentiles being outside the covenant would not have been controversial for Paul’s Jewish readers. It was the fact that even Abraham and David needed God’s forgiveness, just like the gentiles and everyone else (cf. Romans 2:1-3:20). The good news is that Abraham becomes the father of all people who follow his example of saving faith in God’s promises (231-232).

As someone with a personal interest in the doctrine of adoption, I was pleased to see Dr. Schreiner give it significant attention. He demonstrates the interconnection between adoption and the Spirit while referencing Romans 8:14. Being a child of God by adoption means being governed by His Spirit (416). He develops this theme to the end (literally), writing “Spirit and adoption are conjoined because they are both eschatological gifts and convey an eschatological hope.” (417). Not only this, but Schreiner defends the Greek text’s inclusion of huiothesia, Paul’s word for being an adopted son of God the Father (433). Any tension from the already and not yet of the believer’s adoption does not negate the legitimacy of the word in Romans 8:18-25.

Once again, we find ourselves in a time when Christians are questioning their relationship with governing authorities. Schreiner argues for a connection between Paul’s teaching on government in Romans 13 with his teaching on the church in the previous chapter (658). He sees a progression from love in the church (cf. Romans 12:9-16), to the Christian’s relationship with the world (cf. Romans 12:17-21), a transition to relations with political authorities (cf. Romans 13:1-7), and circling back around to the theme of love in the church (cf. Romans 13:8-10). He concludes that “Christians should submit to (government or political) authority and carry out its statutes unless the state commands believers to do that which is contrary to the will of God.” (670).

Thomas Schreiner’s updated edition of the BECNT Romans is a must-have resource on Paul’s much cherished and debated letter to the earliest followers of Christ. With this second edition, the author has given us an improved update of his already useful first edition. I highly recommend this resource in your study of God’s Word.