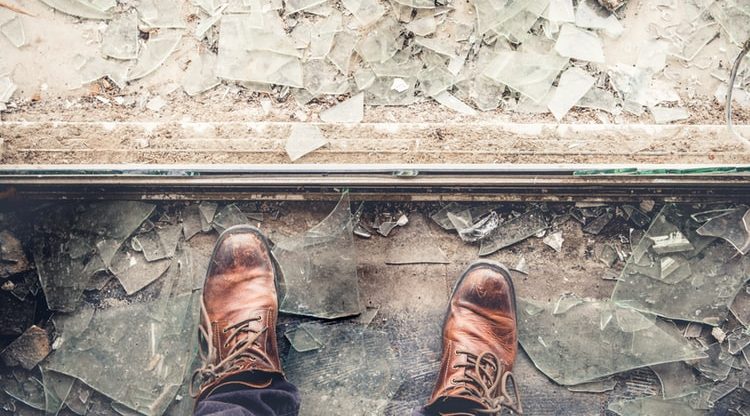 The Aim of Shame

I don’t buy the argument that says Americans are worse today than we were 50 years ago, 100 years ago, or even 240 years ago.

Some may be baffled at such a statement given present cultural controversies over marriage and abortion, and the general disdain we seem to have as a society for the things of God. But the truth is that since Genesis 3, men have always been sinners.

Having said that, however, I do think there is one notable difference in the 21st century: there is no shame. The same actions committed 50 years ago in secret, are committed today publicly and proudly.

I once worked with a secular counseling program that helped troubled children. In a group session one day another adult began to talk about how ‘shame’ was evil. While shame can certainly be wrongly felt or applied, there is actually a redemptive purpose to it when understood properly.

By the common grace of God to all men, vestiges of the Imago Dei remain in us even post Fall and so even unconverted people often rightly feel wrong for doing wicked things. Of course, this other adult in that group discussion was only echoing contemporary psychological trends. The current moral revolution actively teaches us to deny, suppress, and rage against shame. The only thing shameful in today’s society is telling someone else that they should be ashamed for their actions.

As you can imagine, or probably have even seen firsthand, or (may the Lord forbid), experienced in your own heart, this idea of shame has crept into local churches. I actually even heard a story recently about a person who was upset because a pastor ‘shamed’ them because of their sin.

We don’t mind speaking in generalities about sin, but when you get specific about an individual’s sin, well, that’s taboo, even in conservative Bible-believing churches. We have come to believe the lie that shame is always a bad thing and thus should be avoided.

A Biblical View of Shame

Let’s observe something Paul wrote to the local church of the Thessalonians:

“As for you, brothers, do not grow weary in doing good. If anyone does not obey what we say in this letter, take note of that person, and have nothing to do with him, that he may be ashamed. Do not regard him as an enemy, but warn him as a brother.” (2 Thessalonians 3:13-15 emphasis mine)

Paul argues that shame has a proper purpose and a redemptive value. A person who is disobedient to Apostolic instruction (in the immediate context this specific letter, but in a broader context the entire New and Old Testament of Scripture), ought to be taken note of (recognized, marked out – v.14) and separated from in order that he will be ashamed (v.14).

Ah! How rude and judgmental of the church! That poor Thessalonian ought to find him a church that doesn’t care about getting in his private business!

See, Paul understood that when a person is allowed to continue unrepentantly in sin that at best it is a blight on the purity of Christ’s church, a leavening of sin in the entirety of the local Body, and grossly harmful to the individual’s walk with the Lord. At best.

But at worst it could mean the individual isn’t actually a Christian at all. And so, to allow a person to continue in sin without addressing it is akin to allowing his house to burn down while letting him sleep inside because you feel bad about waking him up. That happens to be the epitome of unkindness. In fact, it is downright wicked to let a man burn his life down while you stand by and watch refusing to be involved.

Some readers may be thinking of the woman caught in adultery and how Jesus told the crowd ‘he without sin cast the first stone.’ First of all, these weren’t proverbial ‘shame stones’. They were literal rocks meant to kill her. Secondly, Jesus calls out her sin. He tells her ‘go and sin no more.’

Thirdly, there is much more that goes into interpreting and handling that particular text than this post will deal with. But suffice it to say Jesus clearly identified sin. The same is true of His encounter with the woman at the well. And Jesus actually taught His disciples how to deal with sin in the church: Matthew 18:15-18.

Finally, Jesus’ Apostles, who, along with their close associates, are the ones who wrote the New Testament, speak on behalf of Christ. Their words are His words as the very words they wrote were God-breathed. The point in including this paragraph is to show that Jesus and His apostles are on the same page on this issue (and all issues for that matter).

Shame in the Church

The aim of shame in the church isn’t to destroy a person. It’s that a person would regain a proper perspective of their sin and flee to Christ for mercy. The formal disfellowship between a local body and a member is ultimately for the purpose of reconciliation. Without shame for sin, an individual may snowball down the mountain of iniquity right into the pit of hell. (I should also add the same is true for a society that has no shame, but that’s another blogpost).

Let’s return to 2 Thessalonians. We see in verse 15 that the offending party is not to be shamed as an enemy but rather warned as a brother. So, it’s not a secret pulling away. It’s not a “there’s no mercy in Christ for you!” but rather a “hey brother, as long as you continue in this sin, we cannot extend the right hand of Christian fellowship to you because we fear for your soul.”

Please repent! Let us assist you in conquering this sin in your life! Please do not go down this road brother! Come back to Jesus! There is time right now. There is still mercy. Flee to Him this moment!”

Sadly, many in the Bible Belt do not want this kind of ‘intrusion’ by the church into their life. I have literally heard to my own face (at a former church) a person say, “You don’t have a right to involve yourself in the lives of people. You’re just supposed to be up there and preach.”

We want to determine ourselves whether or not we can continue in this action or that action. But Jesus didn’t give the keys to the kingdom to scattered individuals. He gave them to the church.

Beloved, understood rightly, shame plays an important and helpful part in the life of the church. It’s not a power tool but an instrument of mercy. In fact, a lot of times the word ‘shame’ doesn’t even have to be verbalized. The simple act of having ‘nothing to do’ (v.14) with a person is enough to cause them to undergo introspection, feel shame for their sin, and by grace repent and reunite with the local church.

We are probably also fearful of the misuse of shame because we’ve all experienced the fiery darts of the Evil One who has told us we are not worthy. God could never love us. We could never be forgiven for such a wicked sin against the Lord.

This is where we need to be reminded of two things. First, grace abounds. The gospel says that Christ has borne the righteous wrath of God in the place of every believer. All of our sin had been dealt with at Calvary. It truly is finished! Men wagged their heads at Christ and scoffed so that God could look on men with mercy and favor. He has taken our shame! Don’t you believe this!? Then these glorious gospel promises are for you!

Secondly, just because a thing is misused by some does not give the church the right to lay it aside altogether. Just because shame is twisted and misused by Satan, and at times by people, that does not mean it is always wrong. Rightly understood, shame reminds us of Christ’s work and that the proper response demanded is faith in Him which should manifest itself in total allegiance to His Lordship as communicated to us by His Apostles in His Word.

This isn’t about applying scarlet letters. This is about the truth that a church who refuses to heed 2 Thessalonians 3:13-15 will bring harm to herself, to her members, and even to the surrounding outside world. When we fail to call sin ‘sin’ and fail to give testimony to the power, grace, and glory of the gospel, we do great damage to the cause of Christ. Conversely, when a church is faithful to Scripture and rightly practicing church discipline and utilizing the proper use of shame, it’s a teaching moment. No, the world may not always agree, but some will see the light and truth. That there is grace in shame. That it’s a proper feeling for breaking God’s Law and there is a sweet remedy in Jesus.

The world says #ShoutYourAbortion! Suppress shame! Run from it! Spend thousands of dollars for a therapist to destroy it! But the Bible makes clear that if we never feel shame, we will never feel our need for Christ’s mercy. In fact, we will never be rid of our shame until we take it to Christ. The world realizes that shouting down your shame doesn’t actually rid yourself of it. That’s why they continue to shout louder. But no amount of shouting will erase our innate knowledge that we are guilty. The only remedy is the cross. The preaching of our heinous breaking of God’s Law is necessary so that we may see the necessity and beauty of the gospel. At first glance, this seems to move beyond the scope of this post. But upon further inspection, we see that both those inside and outside the church need biblical shame in order that the remedy might be sought: Christ, through faith and repentance.

Let us endeavor to both properly apply shame and to understand its true aim: to bring us back into sweet fellowship with Christ and His church.

For more reading on the topic of shame, see this post by Michael: