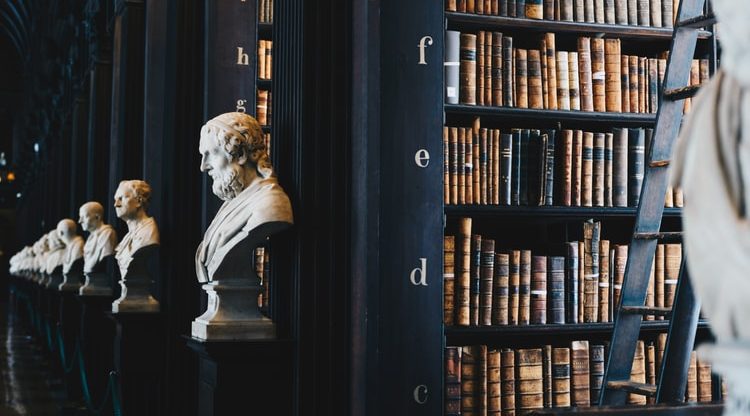 And does it really even matter? Well, actually, yes it does. And I’m going to give you 5 reasons why:

There is nothing in the account of Genesis 1-5 that would suggest we should interpret those chapters as anything other than historical. They are not to be taken as poetical, allegorical, or mythical. As Moses is carried along by the Holy Spirit (2 Peter 1:21), he is giving us a factually historical account.

True, the Bible isn’t merely a history book. But this doesn’t mean that when it presents history that the history is subject to inaccuracy. Quite the contrary! The Bible is totally reliable in all of its historical presentations. Thus, to disbelieve the existence of a man named Adam as presented in Genesis 1-5 is to disbelieve Moses.

“I don’t care about Adam! I just want to believe in Jesus. That’s all that matters, right?”

Well, did you know that Jesus believed in a historical Adam? When Jesus taught on marriage he appealed to the creation of our first parents (Matthew 19:4-6). When He spoke of the Old Testament he called it Scripture and said that it “could not be broken” (John 10:35).

For someone to not believe in the historical Adam directly created by God is to have a different take on the Scriptures than Jesus. And just to be clear, that’s not good.

Salvation Depends on a Historical Adam

I want to be careful about what I’m communicating here. The first Adam does not save. But his historical existence actually sets up both the need for our salvation and how that salvation will be accomplished.

Jesus is referred to as the “Last Adam” (1 Cor. 15:45). Sin and death entered the world through the first Adam (Romans 5:12). All mankind is born “in Adam” in the sense that we are dead in our sins and guilty because our first representative failed in our place.

Before you say, “Wait that’s not fair!” Consider that the last Adam succeeded in our place and bore the punishment on the cross in our place. If you don’t have a first representative, why would you need a second? We are imputed with Adam’s guilt, but, by faith, we are imputed with Christ’s righteousness.

Not only did Paul and the Apostles believe in a historical Adam, but they also understood his significance in rightly understanding soteriology.

Marriage Roles Depend on a Historical Adam

God made Adam first and then formed Eve from Adam’s rib and brought her to him as a suitable helper (Genesis 2:18-24). This doesn’t mean that Adam is more like God than Eve for both men and women are equally made in the Imago Dei (Genesis 1:27).

What it does mean, however, is that Adam and Eve have distinct roles. It doesn’t mean a man never helps his wife. How wicked that would be! But it does mean that Eve was designed by God to be a helper for Adam in a special and beautiful way. So, a husband is to lead his home in a godly way as he loves his wife, and a wife is to submit to and respect her husband.

Church Roles Depend on a Historical Adam

Paul appeals again to a historical Adam in 1 Tim. 2:13 when he says, “For Adam was formed first, then Eve.” In other words, he roots his argument for only men having the preaching and authority role in the church (1 Tim. 2:12) in creation.

What we’ve seen in this post, then, is that believing in a historical Adam matters very much. There are other reasons to believe in a historical Adam that we could have listed, but what I want you to see today is that if you pull that thread of Adam out of the Scriptures, it actually crumbles so much that you are no longer left with Christianity.

We must defend Adam’s historicity. And we must not take lightly any person or teaching that would minimize Adam’s importance in the Scriptures.