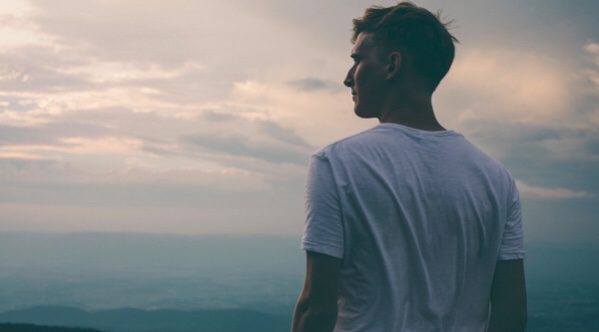 Year after year, as I read through the Bible, I’m floored by how much Scripture has to say about the subject of leadership. All throughout biblical history, God chose spiritual leaders who were to learn from Him, walk with Him, and then turn and teach His people.

God, in His remarkable kindness and grace, mediated His rule on earth through humans. Adam and Eve were the first called upon by God to be his co-regents and have dominion over the earth. Noah, Abraham, Isaac, Jacob, Moses, and Joshua were all called by God to lead his people. There were priests, prophets, judges, kings, and military leaders.

Even in the future, 1,000 year reign of Christ, the Millennial Kingdom, there will be spiritual leaders. Christ being first, and us, the church, under Him, mediating His rule in the world.

It’s a remarkable grace to allow man to be part of what the Lord is doing in history to bring glory to Himself.

I want to look at a few leadership principles taught by Paul in 1 Thessalonians.

In 1 Thessalonians 2, Paul defends his apostleship in response to some detractors, likely within and without the church, and he reminds them how exactly they entered and ministered among the young church in Thessalonica.

In verse two, they preached God’s Word boldly, even under heavy duress. If he was about fame and fortune, he would’ve given up at the hint of trouble. He didn’t.

Verse 3, they taught and served truthfully, with integrity — pleasing God, not man. They were’t swayed by good press, bad press, polls, or numbers. They weren’t out to steal or take advantage. According to verse 5, they didn’t manipulate with greedy purposes. They weren’t sneaky.

We can infer then that Christ was so fulfilling to them, so beautiful, so glorious in their hearts that they walked fearfully, under his shepherding hand, knowing that they would give an account to the Lord for their lives and ministry.

In verse 7 of chapter 2, Paul turns to two important metaphors to describe the Apostles’ leadership, and this is the focus of my post today:

“We were gentle among you, like a nursing mother taking care of her own children. So being affectionately desirous of you, we were ready to share with you not only the Gospel of God, but also our own selves, because you had become very dear to us.”

First, the apostles had a mothering side to them. All spiritual leaders should, in fact. Every Christian is called to lead in some way, shape, or form, whether it’s at home with our children, in the nursery, the sound booth, the kitchen, your place of work — every Christian is called by God to influence others in the direction of Christ.

On Sunday mornings, we lead one another by having spiritual conversations, by building one another up, and by taking initiative when there’s a need to fill.

Even men, especially those who are called to church leadership, must, as Paul writes, have a gentle side to them. They should show a warm affection for their sheep. Like a nursing mother, they must be available 24/7, and they must work to provide a secure place, a strong footing.

Too often, in our Celebrity Christian, Mega-church culture, we find it the other way around. The sheep provide the Shepherd with security, both financial and emotional, while also making themselves available to the Big Kahuna, whenever he needs them. This shouldn’t be so.

In our feminized, limp-wristed, evangelical world, it might seem that “gentle” pastors are a dime a dozen these days. We’ve got this one in the bag, right? Wrong. The gentleness of Christ cannot be mistaken for weakness. My wife may be gentle to my 6-month old, but when he cries out for a bottle in the middle of the night, she labors to give him that bottle, ASAP. She ain’t weak. When sheep are starving and need the pure milk of the Word, and their leaders give them sugar to distract them from their hunger, that isn’t the gentleness of Christ. That’s weak.

Paul’s point is that they made themselves constantly available the Thessalonians, answered all of their questions, and provided them hope and security in the Gospel.

Next, according to 1 Thessalonians 2:10-12, spiritual leaders should have a Fatherly side to them too:

“You are witnesses, and God also, how holy and righteous and blameless was our conduct toward you believers. For you know how, like a father with his children, we exhorted each one of you and encouraged you and charged you to walk in a manner worthy of God, who calls you into his own kingdom and glory.”

It’s not enough for spiritual leaders to be tender, sweet, and compassionate. Balance, produced by the abiding Holy Spirit, is what believers are called to. Spiritual leaders can’t just be lowly and mild. They have to be willing to wield the staff to ward off wolves that would destroy the sheep. Leaders have to have spines of steel and an uncompromising conviction that what’s right is right and what’s wrong is wrong.

Spiritual leaders step up. They don’t use their sheep as little animal shields to protect their brand.

Like the text above says, Fathers come along side their children and consistently point them down the right path (exhortation). Spiritual leaders know their Bibles, rightly divide it, and teach it.

When the going gets tough, when things get hard, when life hits, a father picks his child up, dusts him off, and pushes him to keep going (encouragement). Spiritual leaders get into the mess while speaking the truth and hope of the Gospel to their people.

Finally, a father “solemnly charges,” he testifies before God that any disobedience to God’s Word and the Law of Christ will have serious consequences in the end. It’s not worth it. The experienced father has seen it first-hand, time and time again. Spiritual leaders are available, listen, have compassion, and seek the best for others.

Notice there isn’t any talk of “throwing the sheep under the bus”, as some pastors have promoted in the past. To the contrary: the general tenor of a Father is teacher-like, with warm correction and empathetic warnings.

The problem the Western Church is facing today is a dearth if spiritual, biblical leadership. The pastor sells a product, we buy it, then we’re gone. That, obviously, isn’t how the church is to function. Titus 2 gives wonderful instructions: older men, lead the younger men. Older women, lead the younger women.

We know the gates of Hell will never prevail against the church universal — Matthew 16 tells us that. Howevers, the viability, the strength, the future, and the fruit of each local church depends on spiritual leaders who consistently exhibit both the motherly and fatherly characteristics of 1 Thessalonians 2.