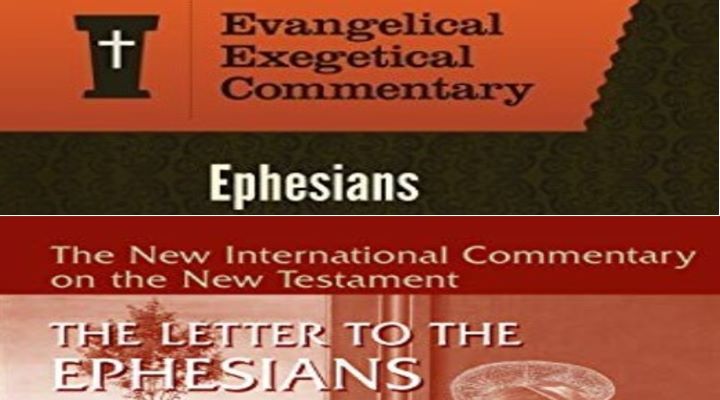 Commentaries on Ephesians: EEC by Baugh and NICNT by Cohick (book review)

With this article, I am introducing what will be a recurring series of reviews looking at notable commentaries on Paul’s letter to the Ephesians. I have been blessed to teach from Ephesians and hope these reviews will help readers to consider some of the many resources out there. As always, these reviews should be seen as an overview and not a full endorsement or rejection of each author or title under consideration. Enjoy. 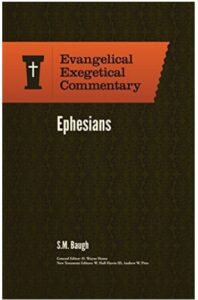 S.M. Baugh serves as professor of New Testament at Westminster Theological Seminary California. He has taught Greek for almost 40 years and is also a minister in the Orthodox Presbyterian Church. His other works include A New Testament Greek Primer and The Majesty on High: An Introduction to the Kingdom of God in the New Testament. Dr. Baugh has contributed to several Bible study tools and textbooks including the notes on Ephesians for the ESV Study Bible.

For hundreds of years, scholars have debated the authenticity of Paul’s epistles, including Ephesians. Being a skilled Greek scholar, Baugh does not shy away from textual concerns. For each passage, he provides his own translation of the NA28 edition of the Greek text, followed by his commentary on the passage. The author notes in his introduction that some key Greek manuscripts lack the phrase “in Ephesus” at 1:1 and takes the position that it is original to the text and the letter was intended for the Ephesian church (49).

Baugh argues that there were very few forged epistles in the earliest years of Christianity and that we have good reason to think that Ephesians would have been rejected by the early church if they did not believe it was from Paul (3). He provides a helpful discussion of the practice of using a secretary/amanuensis, which was common practice by ancient writers (4–8). Baugh leaves the reader confident that it was the Apostle Paul who did in fact write Ephesians.

If justification is God’s legal declaration that a sinner is righteous based on the completed work of Christ, then adoption can be said to represent that sinner’s being welcomed by God into his family with Christ as elder brother. Baugh examines the Graeco-Roman context of adoption in Paul’s day and its focus on the adopted son’s inheritance (84-85). Baugh concludes that while there are some parallels, Scripture goes much further than simply mirroring earthly adoption. As he puts it, “In the case of believers, God has taken the most distant foreigners to be his kin for inheritance of his whole estate. Not the deserving or good … (87).”

As Baugh acknowledges, there has been no shortage of debates over Ephesians 2:8 and whether the word “this” refers to the “faith” by which sinners are saved. In other words, is faith something that Christians work up in themselves, or is it a gift? Baugh points to the neuter “this” and the feminine “faith” and concludes that “this” refers to all of salvation, including the faith that saves (159–160). He also reasons that, rather than “God’s undeserved favor,” grace is better understood as “God’s favor despite human demerit.”

I appreciated the fact that even not having had the opportunity to study Greek, Baugh helped me to think through how to see the riches of Ephesians. For example, he argues that based on Paul’s compositional style, Ephesians was intended to be read out loud as the church listened (62). The person reading the letter in the early church may have been trained on how and when to pause to take a breath, decisions which modern punctuation makes for us (63–64). As students of the Bible in our own day, we take much of this for granted. Baugh’s work on this point and his fresh translation along the way gave me a renewed appreciation for Ephesians.

S.M. Baugh’s extensive work on Ephesians is one of the most thorough and academically rigorous commentaries out there. Readers should be aware that there are extensive passages in Greek which are left untranslated. With that in mind, I still think this could be a helpful resource for the average layperson who is willing to work through it. Recommended.

Lynn H. Cohick in the NICNT 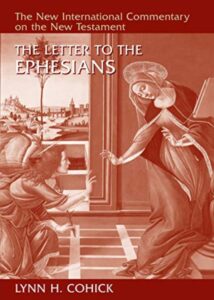 Lynn Cohick serves as Northern Seminary’s provost, dean of academic affairs, and professor of New Testament. She previously taught New Testament at Wheaton College and Denver Seminary. She is also the author of Women in the World of the Earliest Christians: Illuminating Ancient Ways of Life and The Story of God Bible Commentary on Philippians.

Ephesians and the New Perspective on Paul

Regular readers of Things Above Us may be aware that we have addressed the so-called “New Perspective on Paul” extensively in our articles and reviews as well as in a two-part series on our Roundtable podcast here and here. Whether you are intrigued, perplexed, or just sick of the whole discussion, there does not seem to be any getting away from the debates over the NPP anytime soon. In this volume, Cohick efficiently summarizes the debates and major figures surrounding the NPP (71–74). She concludes that it is unlikely Paul saw the Jews as “doing good works to get saved (74, emphasis original)”. Her sympathy with N.T. Wright and other NPP proponents show up throughout this commentary.

Cohick rightly lays out the connection between God’s predestinating actions in bringing believers to salvation and their adoption, union with Christ, and conformity to Christ’s image (95–98). I also think it was entirely appropriate for her to point out that in Ephesians 1:3–6, “Paul does not emphasize God’s not choosing some men and women … (95, emphasis original).” Reprobation may be taught in the Bible, but not necessarily in that passage.

I was excited to see Cohick call attention to the Old Testament background of Paul’s adoption metaphor (98). As she puts it, “Throughout the Old Testament, God refers to Israel as his son, and this identification signals the close relationship established by God toward his people.” Adoption communicates the idea of being brought into the family of God, and Cohick demonstrates how this leads to membership in a new community (98–99).

Amongst the most contentious issues Paul addresses in his letter to the Ephesians is the subject of authority and submission. Cohick wades into the debates surrounding the so-called “household codes” found in Ephesians 5:21—6:9. It is undeniable that concerns over submission and authority are integral to Paul’s historical context (348–349). The author stresses Paul’s statement that believers are to “submit to one another” in 5:20 and argues that the subsequent passage must be understood in light of it (350). She concludes that those in authority can “submit” to those in their charge in the sense of “forgoing non-Christlike actions that society allows (350).”

Cohick acknowledges that on the one hand, Paul’s audience would not have been able “to make sense of a direct statement for husbands to submit to their wives” and at the same time, she writes that “in terms of actual practices, Paul does in fact ask husbands to submit (350).” The author goes on to conflate a husband’s “submitting” to his wife with the sacrificial love that Christ demonstrates to the church. Following her reasoning, we would have to conclude that Christ’s giving of himself to the church constitutes him “submitting” to the church, per Ephesians 5:25–27. After all, as the author points out, Paul says in verse 28 that husbands are to love their wives “in this same way” that Christ loves the church. How God the Son could submit to both the will of his Bride and the Father remains to be seen (cf. Luke 22:42, John 6:39).

While the author’s egalitarian conclusions were unconvincing, her statements on “privilege” and the gospel were downright troubling. Continuing her discussion on Paul’s instructions to husbands, she writes “… Paul turns social convention upside down, in line with the gospel message that those who are given honor and privilege are to lay it aside in service of others (361, emphasis added).” We can recognize that there may be implications of the gospel message, debatable though they may be. And yet the gospel message itself does not include any commands to do anything, apart from repent of sin and believe on Christ as savior. Cohick has unfortunately left readers with the impression that elements of “the gospel message,” if not the gospel itself, vary for individuals depending on whether they have “honor and privilege” in need of abandonment. Paul makes no such distinctions in his summary of the gospel at Ephesians 2:8-10.

Lynn Cohick’s new volume is a significant contribution to the venerable NICNT series. The author’s scholarship in relaying complex ideas and debates over Ephesians is undeniable. Unfortunately, her conclusions on Paul’s teaching about God’s design for men and women did not seem to follow Paul’s own logic. Even more serious were her statements which effectively add works to the gospel of salvation by grace alone through faith alone in Christ alone. Recommended with caution.

Copies of each book were provided by their publishers in exchange for an honest review.