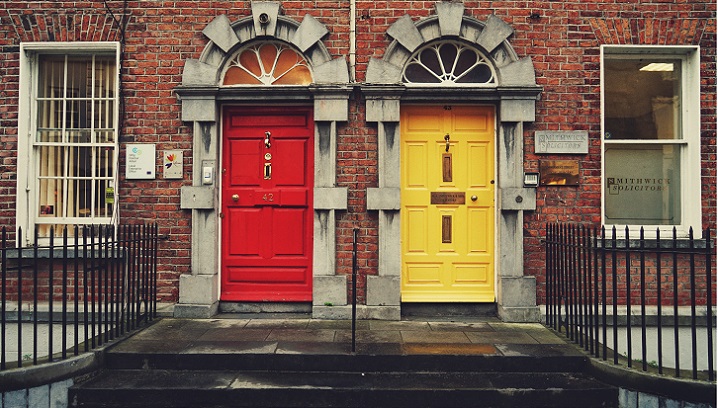 When You Sense That “Nudge”

It’s a universal human experience: a thought pops into your mind unexpectedly. Or suddenly you sense that you should do something. For the Christian who is led by the Spirit of God (Gal 5:25), the question naturally arises, “What (or Who) is that?” Is it God? Is it the Devil? Heartburn? How do we explain these experiences? And how do we use these moments for the glory of God?

Cessationism (as regarding God speaking to men), simply stated, is the doctrine that God has already spoken to us through the Bible, and is not adding new special revelation during this age. He has provided all that we need for life and godliness (2 Tim 3:17). One misunderstanding of cessationism is the idea that cessationists believe God is somehow completely inactive in the lives of men during this age. That is not what the actual definition of cessationism teaches. Cessationists believe that God is constantly active in the lives of men, even intervening outside what would be called the natural progression of things—as He sees fit. The distinction is that cessationists do not believe that God is revealing specific truth to individuals as He did in former times (Hebrews 1:1).

In other words, there are no prophets today by the biblical definition of a prophet. No one is receiving new information from God which is not available to anyone else who has access to the Bible. That is what prophets provided. Prophets (and the Apostles who functioned as prophets and more) told the people of God things that were not already written in God’s Word. And much of the prophet’s prophecies became Scripture itself.

The challenge for a consistent cessationist, then, is to determine how to explain apparent visits from God in human experience. Christians and non-Christians alike experience thoughts and senses on a regular basis. Pretending these experiences don’t actually happen isn’t helpful, and relegating everything to “God must have had nothing to do with that” seems to be a bit of a knee-jerk reaction. So let’s see what we can deduce from the scriptures regarding these things.

What Do We Know

Here are some things we know:

So, although we trust that God is not giving individuals new truths or new special revelations, we do trust that God is revealing things to men individually by opening their eyes to these truths and illuminating what has already been written for them. A prime example of this is when the truth of the promise of the gospel which God has revealed in His Word is finally grasped by a sinner. How many people have you met who have heard the gospel and immediately believed it? It’s a common human experience that people hear the gospel and understand the truths therein, yet it takes the special work of God in their heart to reveal it to them. A spiritually blind man having his eyes opened is a work of God. But a man’s eyes being opened to the truth that is already in front of him is different from the time that God first revealed that truth. Do you see the distinction?

So a cessationist can confidently say that God does open the hearts and minds of men to understand His previously revealed truth. So whenever a sinner appears to suddenly come to grips with a truth of God, it isn’t so much that God revealed that to the sinner, but that God opened the sinner’s eyes. It is a distinction with a difference that preserves the sufficiency of Scripture while not discounting the vital work of the Holy Spirit in the lives of men and women of God.

What About the Stuff that’s Not in Scripture?

When Paul preached Christ crucified to the Bereans, they were noble people who received the implanted Word with meekness and referred to what had been written to verify what they were hearing. This methodology is a pattern we would all do well to employ frequently. We are not testing prophecy to see if it equates to new revelation, but we can test our thoughts against the Word of God to see if our thoughts are godly. 2 Corinthians 10:5 tells us to take every thought captive to obey Christ. We need to heed this wisdom.

My opinion is this — when you have a sense that you ought to do something, although your senses are not infallible, God’s Word is. If that sense accords with what the Scripture commands, why not do it?

In each of the above cases, I would not say that “God told me [specifically] to take the action,” but I do not discount the idea that God who is providentially working at all times put the idea there. All things were made through Him! He is before all things! We can be confident that God the Holy Spirit will lead His people to all truth. As you are awakened to things the Scripture already speaks of, thank God for revealing these truths to you through illumination. We do not say, “God told me to talk to this person,” but we can say, “I know God wants me to tell people of His love toward sinners, and God put this person before me!”

There is a final category I want to address, and that category includes those things for which there is no scriptural warrant — but it still worked out pretty good — so we want to give God proper credit. Have you ever taken a different way home for no reason but you felt like it, and you ended up missing an accident? Or have you ever gone somewhere you didn’t plan to go and ended up having an evangelism encounter?

God works providentially in your life, even including your thought life. The difference in going left instead of right at an intersection though is not prophecy or revelation, but it is wonderful providence. And the problem (that we have) with providence is that we pretty much never know when it is happening. God is as providential in leading you toward affliction as He is in leading you toward blessing. So we are careful not to ascribe to God our feelings, nudges, urges, and intuitions…as they occur, but do not be shy to give God the glory for directing your steps when you find yourself living righteously.

So if you have an urge to do something for which scripture gives no command, do not assume that is from God. Nor ought you assume it is from the Devil, though. God isn’t going to tell you to marry a certain person, but that doesn’t mean your desire to marry a certain person isn’t from God, either. God has wonderfully and lovingly provided us with freedom in Christ to live lives that are varied from one another — while in each life we observe the outworking of the Spirit’s love which has been poured into our hearts (Romans 5:5). The key is not to think of our extra-biblical thoughts (those thoughts not specifically addressed by the Bible) as God speaking directly to us, but to capture those thoughts and subject them to the lordship of Jesus Christ by evaluating those ideas according to what has been perfectly and sufficiently revealed.

So take heart, dear saint. God is always active in your life, and, if you will submit yourself to the scripture and fill your mind and heart with God’s thoughts (i.e, the Bible), you can be sure that the outworking of the Spirit’s will in your life will result in righteousness. Praise God for His provision and goodness toward you. Do not ascribe to Him the quality of speaking directly to you about specific circumstances, but understand what the will of the Lord is, obey it, and enjoy the fruit of the Spirit as He establishes your steps.