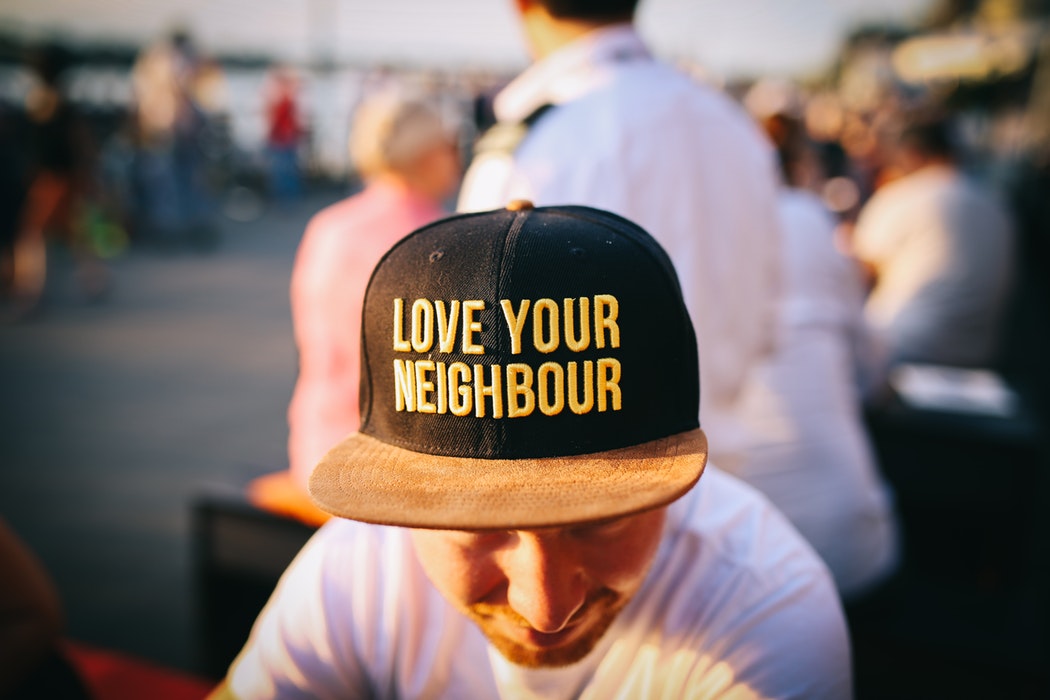 The Problem with Identifying as a “Non-Denominational” Church There is a trend that’s been around a few decades now about having a “non-denominational” church. I think I first consciously remember the terminology when I had a friend in 9th grade tell me he went to a “NonDom” church. I was not savvy to the jargon and he had to explain to me that it meant they were not affiliated with a denomination. I think as a 9th grader I still wasn’t 100% sure what that meant. And I have to say, nearly 20 years later I’m still not quite on par with understanding this strategy from a biblical perspective.

Now, if by non-denominational one means that his church is not affiliated with a network of other churches like the Southern Baptist Convention or the Presbyterian Church in America that’s one thing. There are literally thousands of true and healthy churches that are not affiliated with a “denomination.” In my own state of Arkansas, I know of several independent Bible churches that are solid. So, I need to clarify up front that I’m not talking about those churches.

The churches I’m referring to are those who intentionally distance themselves, from commonly understood labels such as Baptist, Presbyterian, Charismatic, etc. Most of the time that I’ve observed churches pursue being “non-denominational” like this it has been in an effort to “reach more people” without the “unnecessary constraints” of labels. Denominationalism is divisive, they’d argue.

Now, I’ll be the first to say that labels can be a problem. A few years ago some in the SBC wanted to be called Great Commission Baptists because of the stigma of “Southern” in areas of the U.S. that were not geographically located in the south. I get that labels can be a barrier if not understood properly.

But the argument I’m going to make in this post is that to intentionally deceive or intentionally distance a church from historical and biblical distinctives is not only a bad idea, it may (depending on the situation) actually be sinful, and furthermore may even be a catalyst for Christ removing its lampstand (see below).

I have the following 4 issues with this strategy:

It is an arrogant strategy because it looks at the history of the church and says “We know better.” It is true that denominations, as we know them today, haven’t been around forever (the SBC was founded in 1845), but the distinctives of denominations have been around for a long time.

As a Baptist, I would obviously argue that Baptist distinctives are straight from the Bible. But we have also had confessions of faith written down for 500 years (for example see a ‘forerunner’ confession in the 1527 Schleiteim Confession). Then, of course, there are the more popular confessions such as the 1644 London Baptist Confession, or the Philadelphia Confession of 1742.

The point that I am making here is that to reject history is arrogant. When Paul says “Brothers, join in imitating me, and keep your eyes on those who walk according to the example you have in us” (Philippians 3:17) there is an application there for us to look at those who’ve gone before us in history.

Don’t be so arrogant as to think centuries of Christianity are no help to you in your local church today. Most of the time, it is not wise to look at the 21st century and think we’ve got something figured out better than anyone else has in church history.

The internet has done a strange thing to the world. It has connected us all! We are a world without borders. And in one way this is a very wonderful thing. However, a “borderless” mentality has bled over into politics, marriages, churches, and the American culture at large. This is not a good thing.

A church that tries to hide or erase labels and distinctives is a church without borders. At first impression, this may seem like a wonderful thing. In fact, there are churches who embrace this style who are growing by leaps and bounds on a weekly basis. This may tempt us to burn our confessions of faith before this blog post is finished! But put away the lighter for just a second and hear me out.

When we erase distinctives what do we have left? It may appear that we have unity, but in reality, it’s superficial. What we really have is chaos. Recently, Andy Stanley said Church unity is more important than “theological correctness.” The problem is, you don’t actually have biblical unity without theological fidelity. Christian unity is centered on theological accuracy.

But, you say, we are just trying to eliminate everything but the gospel. The problem with that is borders are in place to protect the purity of the gospel. What a church believes about baptism, the Lord’s Supper, membership, Scripture, offices, etc. matters to protecting the purity of the gospel. No, we don’t elevate certain distinctives higher than they should be elevated, but we must realize that to do away with them altogether, or to treat them as unimportant, is to leave room for error to creep in and distort the very gospel itself.

Several non-denominational churches are just Baptist churches trying to avoid the stigma of being “Baptist” (which I don’t understand). But the problem is, they are a Baptist church even if they try to say they’re not. That’s deceptive.

Furthermore, many non-denominational churches do have doctrinal distinctives. Even if it’s poor doctrine, it’s still distinctive. What a church believes about salvation, baptism, and membership in the church are still present within a church that claims to be Non-Denominational. It is deceptive to pretend such distincitves don’t exist.

It’s like a wicked used car salesman that will tell you untrue things about a vehicle just to get you to buy it. In no way can you expect the Lord to truly bless you if you are being knowingly deceptive to people. In fact, the mass number of people attending might actually be because the Lord has left the building.

In the book of Revelation Jesus tells the church at Pergamum that He has a “few things against” them (Revelation 2:14). One of the things He has against this church is that they “have some who hold the teaching of the Nicolaitans. Therefore repent. If not, I will come to you soon and war against them with the sword of my mouth” (v.15-16).

Doctrine matters in the church (Titus 2:1). Yes, doctrine does divide. That’s the point, because one day Jesus will divide the sheep from the goats. Doctrine divides so that true unity can take place.

So, if you are part of a church without clear doctrinal distinctives, work from within to change that. Write them out, post them, and/or pass them out. Show that your church stands in a long line of faithfulness with other churches in the history of Christianity. Don’t buy into the lie that numbers are so important that it’s OK to minimize, hide, or erase what you really believe. Saying “doctrine doesn’t’ matter, only Jesus” is one of the deadliest doctrines in existence today. Don’t be that church. Let people know upfront what you believe about things that Scripture shows us are important: the ordinances, leadership in the church, views on the Bible, etc.

I might also make a quick plug to encourage you to formally associate with other likeminded churches. I don’t mean you have to be SBC, but I do mean that it is a benefit and biblical to partner with likeminded churches for the glory of King Jesus.