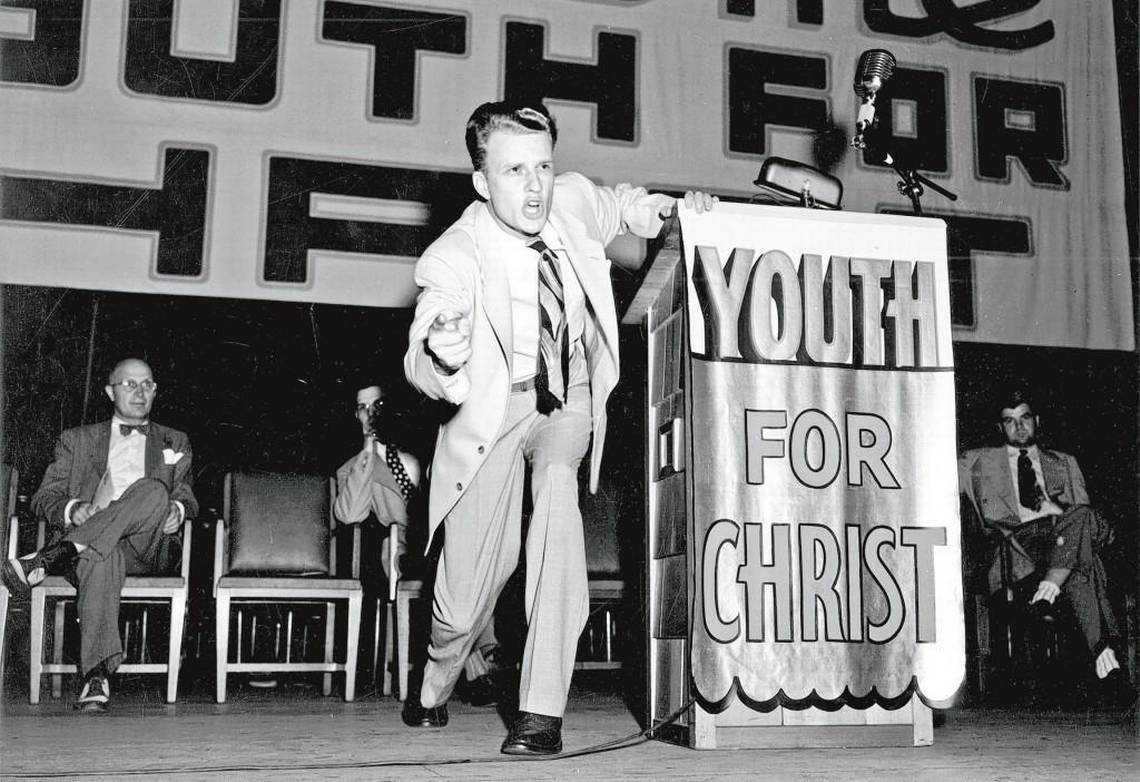 When the Time Comes, This is How I’ll Explain Billy Graham to My Kids

His unwavering, decades-long love and zeal for Christ should be commended by all of us. His ministry method, however, should be rejected.

When the time comes, that’s how I’ll explain Billy Graham to my kids.

I was born in 1989, so I’m largely a product of the early-mid 2000’s. Billy Graham’s revivalistic methods, which were tried religiously in the 70’s, 80’s, and 90’s, were long gone by the time I got into Junior High. I knew of him, sure. Everyone did. I loved D.C. Talk as much as the next guy, and they featured a sermon of his in one of their songs (Mind’s Eye), and even toured with him for a while, I think.

The popular church-fad du jour in my day was that pesky Emergent Church Movement. Looking back, this movement seemed to be, mostly, a counter to Graham’s methodology. “Authenticity,” shredded jeans, coffee shops, and spiritual journeys replaced hard pews, repentance, and altar calls. At the time, I was cautiously optimistic about it — but I was a stupid, dumb teen. As Kevin DeYoung wrote years ago, “The emerging church will grow irrelevant to the very culture it is trying to reach if it can’t answer with some measure of clarity, however tentatively, the most basic questions that face every human being.”

The two ministry philosophies mentioned above actually have something in common. Both Graham’s Revivalist Method and the Emergent Church Movement ultimately ran and depended on their popularity and numbers. They worked because they were palatable to the people.

It isn’t entirely unreasonable to make this claim: if you took packed baseball stadiums away from Billy, he’d cease to be Billy. Why? His entire ministry was more or less built on the collective emotional reaction of a large crowd. Once the organ played Come As You Are, it was over — get the tissues ready, the teens are dedicating their lives to Christ.

Similarly, the Emergent Church Movement relied heavily on the emotions of the crowd, albeit these emotions were a tad more cynical. To borrow from politics, just as Democrats won’t win anything if they remain the “We Hate Trump Party,” the Emergent Church Movement ceased to be a legitimate movement once everyone recognized they really didn’t stand for anything — well, other than “community” and dissing the old, dusty guard.

Before you come at me with pitchforks in the comments, I agree with you: because many people came to know Christ as their Savior through it, The Billy Graham Revivalist Movement was better overall than the Emergent Church Movement. But it wasn’t ideal. It was unbalanced. It prioritized decisions, hand-raising, and shallow emotionalism over discipleship, doctrine, and the local church. In the decades that followed, thousands of shallow, emotionally-charged, Biblically-illiterate churches sprouted.

In general, both movements started from the culture and worked backwards, rather than building their ministries on the sufficiency of Scripture, the Holiness of God, the doctrine of Total Depravity, imputation, etc. Though people got saved through it, I reject Graham’s method outright.

Why? Like the Emergent Church Movement, it was a passing fad. It was a product of the contemporary culture of the time. As Phil Johnson wrote, “those who love [fads] have a clear preference for that which is timely over that which is timeless. Like everything that is dated, it will soon be outdated…they will fade into irrelevance. No ‘contemporary’ movement in history has ever managed to remain contemporary for much more than a generation.”

Billy would unequivocally stress the serious reality of man’s profoundly fallen condition. He made no bones about our being lost in sin and in desperate need of the saving work of Christ. It was a simple sin-and-salvation message that I recall. But even back in the 50’s and 60’s, he would still say ‘Ninety-nine percent of it God does, one percent you do. You have to make the response. Come up here and write your name in the Lamb’s Book of Life,” that kind of language…Billy Graham has always humbly declared that he’s a preacher, not a theologian…I think Billy Graham is a guy who understood the absolute need for personal salvation, the power of the Gospel, preached sin and salvation as faithfully as he knew how his whole life, and was not and never claimed to be a technical theologian.

But I think that some theological defects came through in his preaching, and some of them have their roots in that whole revivalist tradition…I have no problem with somebody preaching the Gospel to mass audiences and call them to repentance and to committing their lives to Christ. The danger that I worry about in the evangelical culture today is that what has happened–through no design of Billy Graham’s, certainly–is that so many folks now understand the way of salvation as walking an aisle, raising a hand, praying the prayers, signing a card. That is, as responding to some particular methodology…

One of my great concerns is that we’ve got to understand the difference between a profession of faith and faith. Everyone who has faith is called to profess faith, but not everybody who professes faith has faith. We are not saved by a profession of faith. A lot of people, it seems to me, in the evangelical world, believe that if they have walked the walk, raised the hand, signed the card – that is, made some kind of methodological profession of faith – that they’re saved. [1]

When I talk to my kids about Billy Graham, I won’t lionize him. I’m too aware of his theological flubs and unfortunate partnerships, which were predictable results of a faulty, emotion-centered, crowd-building method.

But I will recognize his incredible accomplishments, the many men and women who placed their faith in the cross of Jesus through his ministry, and his faithfulness to minister to world leaders. I won’t question his motives either. We’ll be spurred on by his humility and obvious and public love for Christ.

Despite his incredible fame, Billy Graham embodies Proverbs 10:7, “The memory of the righteous is blessed, but the name of the wicked will rot.” Though Graham would certainly call himself “the chief of sinners,” the memory of Billy Graham is indeed blessed.