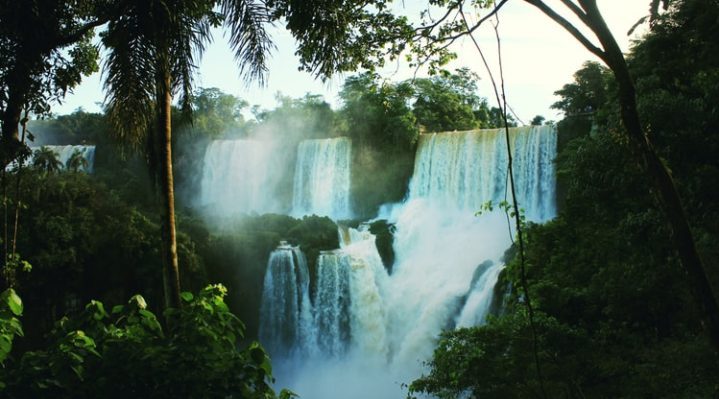 Jesus in the Garden

Jesus went to a garden once. In Gethsemane, He prayed to the Father as He anticipated His crucifixion. But long before that garden, there was another garden where the Son of God was. The triune God made this garden for His beloved creation, mankind.

This garden’s name was Eden. The land of delight. Paradise on earth so to speak. Horatius Bonar wrote this concerning Genesis 2:

[Eden] signifies ‘delight,’ being so named from its surpassing beauty and fruitfulness. It was a land, the like of which has not since been seen on earth; fairer and richer than that which flowed with milk and honey; a land of broad rivers and streams; a land of sunshine and gladness; a land of flowers and gems; a land of the myrtle, and the olive, and the palm, and the vine; a land which was the glory of all lands; which has left its name behind it to all ages, as a name of fruitfulness, and fragrance, and beauty.

Genesis 2:9 reads, “And out of the ground the LORD God made to spring up every tree that is pleasant to the sight and good for food. The tree of life was in the midst of the garden, and the tree of the knowledge of good and evil.”

By placing the man in the Garden in Eden, God blessed Adam abundantly. A few things we note in the text:

God blessed Adam with beautiful scenery. Trees pleasant to the sight and good for food. God could have made colorless trees and bland food, but He didn’t because He is a good God and delights to give His children good things.

God gave Adam trees good for food. Here Adam! Take and eat! God provided for all of Adam’s needs in the garden, including eventually a helper fit for him in Eve.

The Tree of Life in the midst of the garden is not just about physical life. If Adam passes the probationary stage he will be granted access to this Tree of Life earning eternal life for himself and his progeny. *Spoiler Alert: Adam fails.

God gave Adam a good command to not eat from the Tree of Knowledge of Good and Evil. And this prohibition shouldn’t be thought of as just something that Adam cannot do but that by not doing it what he will have gained. It’s not merely a restrictive prohibition, but one that is for his good and the good of his offspring. Of course, as I said — Adam fails.

Adam was a real historical person. Jesus believed in him (Jesus created him!). So also did Paul believe in Adam. Adam isn’t some symbolic representation of a group. He is a singular man. He is the first man. And these trees are real historical trees.

And I say that because the story began in the Garden runs through the whole Bible. I mean in one way, we could say the Bible is a story about 3 trees.

Revelation 22:1-2 says  Then the angel showed me the river of the water of life, bright as crystal, flowing from the throne of God and of the Lamb through the middle of the street of the city; also, on either side of the river, the tree of life with its twelve kinds of fruit, yielding its fruit each month…

There’s cohesion in the Bible. It’s 66 books that makeup one story. And like I said, in one way, if we wanted to be cute, we could say it’s a story about 3 trees. One at the beginning, and one at the end. And then there’s a tree in the middle — between the tree in Genesis 2 and the one in Revelation 22.

God gave Adam a Body. And God gave Adam Command. And Adam failed. But the Son of God came to earth and He took on a Body. Hebrews 10:5 says Consequently, when Christ came into the world, he said, “Sacrifices and offerings you have not desired, but a body have you prepared for me

The first Adam was from the dust. The Second Adam came from heaven. Jesus had a body and was obedient to God’s commands and Jesus succeeded. Adam lost. Jesus won. And in Jesus is something better than Adam had even in the Garden of Eden.

Jesus was obedient in our place and then — then He ascended that tree. He Himself bore our sins in His body on the tree. The cross is the tree that connects Genesis 2 to Revelation 22.

Adam said not Thy will but mine. And Christ said not my will but Thine. All humanity is represented either by Adam or Christ. Who is your representative? Jesus is the advocate you need.

Jesus is the prophet, priest, and King we need. We must listen to Him as a prophet, rest in Him as a priest, and follow Him as King. You see, Adam disobeyed and the Tree of Life was taken from him. Adam sinned and you have too. Not only in him, but also willingly yourself.

We were made for God. We were made to delight in Him. To love Him. To glorify Him and enjoy Him forever. But instead of loving God and delighting in Him, if I may use a Steve Miller reference, we “take the money and run.” That is we are in love with the created realm more than the Creator. We think we will find purpose and meaning and delight in money, or family, or intimacy, or even food.

Not that those things are bad in and of themselves. They are good gifts from God in their proper contexts. But God made us for Himself. And when we live for these gifts instead of the Giver we are guilty of rank idolatry.

Oh, what Happiness in God we abandon for such lesser things! This mighty sovereign God offers us Himself and we piddle instead with iPhones and Me-centeredness.

“Oh if I had everything I needed I would be faithful to God.” But, this is not true, is it? Adam had a delightful garden. Adam had everything he needed. And he failed. Your circumstances or environment is not what needs to change the most. Gun-control, refiguring the education system, redistributing wealth, or more laws won’t ultimately fix society.