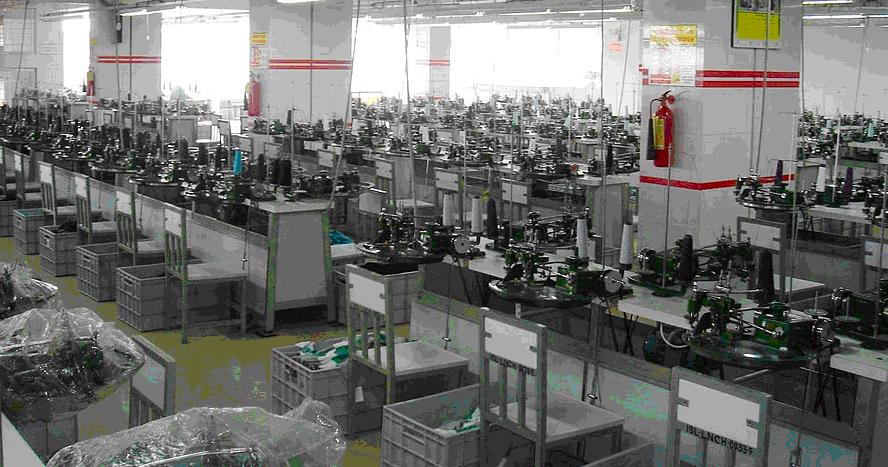 All of us have looked at a tag on a piece of clothing and found the words Made in _____. Typically the name of the country printed on the tag is not the United States or even Canada. It’s China, Indonesia, Malaysia, Vietnam or some other far away country. Companies opt to produce their clothing in these countries because the costs are far less than they would be in the US and, because they cost less to make overseas, they can be sold for a lower dollar amount here—enticing more American buyers to spend money on the clothing they produce. The self-evident thinking is that people would prefer to pay less rather than more for a given product.

I would surmise that many of us know that people in this seemingly distant countries work in sweatshops or at least in unappealing factories to produce the products we purchase. Sweatshops, as we know, carry a negative connotation for having low wages and undesirable working conditions. So for a Christian seeking to love God and love people a natural question is a question regarding the ethics of buying products made in sweatshops. Does our purchasing a t-shirt with our favorite team (the Cleveland Browns, obviously) mean we are more concerned about buying products at prices we like than the welfare of fellow human beings? The short answer is no.

The existence of sweatshops is evidence of demand. There’s a demand for less expensive clothing in the United States and that demand is met by the demand for employment in other countries. People in sweatshops are there because they need money. Without the sweatshops, they would not have an income. The sweatshop provides a preferred means of income to whatever they were doing before. That’s not to say that their current place of employment is ideal or enjoyable, but it is preferable to whatever they were doing (or not doing) in the past.

Countries as a whole are akin to individuals in that it takes time to build up wealth. I doubt most of us began our working careers in our ideal job making our ideal income. We worked odd hours doing mindless or laborious tasks making less than what we wanted. Eventually, we built up enough skills and experience and could demand more money, leaving our previous jobs to be done by people who were just starting off. Also, the wealthy families we know typically became wealthy families over the course of multiple generations. Money and businesses were passed down to children and, if those children were competent, the money and businesses grew larger and larger. The USA was not always wealthy. It took generations for us to get to this point.

Whether we’re talking about individual wealth, family wealth, local wealth, or national wealth the common denominator is time. It’s more common for the acquisition of wealth to take place over generations rather than within a year or two. Wealth is not the ultimate goal of a Christian, and I’m not praying that people in 3rd world countries get rich. My preference is that they’d come to know Christ as Lord and Savior, yet I also see value in teaching and instructing people to have a more Christ-like attitude toward work because that is the best way to combat poverty.

The solution to alleviating the rough conditions of people in sweatshops is not to stop buying their products. Boycotting such products puts the workers in a worse situation as their services are no longer needed. Their services will just be moved to a different location! Imagine if you were destitute and someone was willing to pay you just enough keep you alive but you had to do grueling, physical labor. And then someone with good intentions comes along and convinces everyone else to stop purchasing the fruits of your grueling, physical labor. Are you now better off? Your labor no longer has any value because there’s no one who demands what you are producing! That leaves you in an even more vulnerable position.

In Scripture we see people going in and out of working relationships. Employers are most definitely obligated to treat their employees fairly and pay them their due (James 5:4). There’s also, as we see simply throughout the life of Joseph, degrees of prestige in employment. He began rather lowly and ended as an executive. The existence of a narrative doesn’t automatically justify all the events that occurred in that narrative yet we see in that story how circumstances change over time. Sometimes things happen slowly and sometimes they are quite rapid. Even if we consider the temporal implications of the parable of the Laborers in the Vineyard we can easily see that those who agree to a certain wage do so not to get rich but to survive and their survival is more important than attaining wealth (even though not all of the laborers saw it that way). The workers who worked more for the same amount were still in a better position than they were when they were idle. You might feel guilty for making 10x as much as someone else but that someone else is still better off than if they were making nothing at all.

I believe you can buy products made in sweatshops with a clear conscience. I also understand if you opt to not do that. It’s not the easiest question in the world to address and it only gets more complicated when we talk about children working in such conditions. Be prayerful and ask God for wisdom in an area like this: seek Christ and pay attention to how your heart is softened and your mind is sharpened by the Holy Spirit.