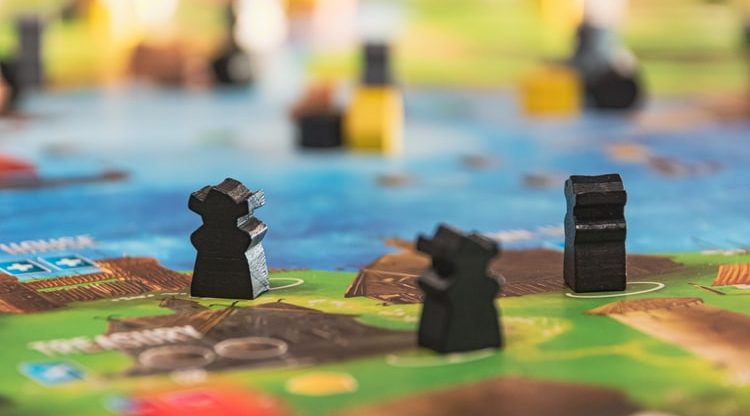 Genesis 3 is a horrific chapter in terms of the fall of humanity. What takes place in Genesis 3 is out-and-out rebellion against a good and holy God, a God who had provided a very good environment, a luscious landscape, clear flowing rivers, and offered His very presence and blessing.

Yet, Genesis 3 is also a very helpful chapter in the sense that it shows us some things about Satan’s strategies for tempting Adam and Eve to sin. I would argue that his wicked tactics haven’t changed. What worked the first time, continues to work upon the sons of Adam, and so he continues to employ these devices. And as we walk through this I hope it will help us in diagnosing and overcoming our own temptations to sin.

I’m going to give these strategies in the order we see them in the text of Genesis 3:1–5, and I think generally this is the order Satan uses, but sometimes they might be in a different order or even overlap.

Here is Satan’s subversive strategy. He does not come to the woman and out-and-out say “Hey, eat this fruit.” Because if he did that, then he would certainly have been turned away. Rather, what the evil one seeks to do is to let doubt creep into the woman’s mind about the commandment, even highlighting its restrictiveness and calling into question its righteousness.

Notice, too, that in Genesis 3 Satan will not use the name “Yahweh”— God’s personal and covenantal name. Instead, he uses the generic name for God “Elohim”. Maybe it would be like if someone asked you “What do you think about your preacher?” instead of using your pastor’s actual name. When you hear the title “preacher” it is a bit of a disconnect in comparison to your pastor’s personal name. Seems to me Satan is doing that here in Genesis 3:1.

Every aspect of Satan’s ploy is calculated. “His craft and power are great, and armed with cruel hate, on earth is not his equal” (Luther).

Now, it’s important to realize the devil already knew what God had said. He wasn’t asking Eve because he was genuinely curious. He is asking her in order to plant doubt.

The way he asks shows us this. He says “any tree” and “did God actually say” (Genesis 3:1). Essentially, he is saying “Boy, sure seems restrictive that this great God wouldn’t let you eat of any of his trees. Seems sort of egotistical if you ask me.”

But he’s not coming out and saying that.  He is subversively setting the wheels in motion by asking this question. Satan is seeking to cause Eve to doubt the commandment. This is a direct attack upon God’s Word.

You see, it’s not enough to merely know God’s Word. Satan knows God’s word. But he doesn’t trust it, and he seeks to twist it to his own evil ends. It baffles me when professing Christians say things like “I know what the Bible says, but…” Or even worse “Does the Bible really say…”

We live in a day where the Word of God is abused, unheeded, twisted, unread, unlearned, not cherished, not prized, not studied, not properly preached, dismissed, set aside, not trusted, and doubted. And I’m not talking about the world right now. I’m talking about people who profess to be Christians and even entire denominations claiming to be Christian.

When the Word of God is doubted you can be sure lying behind that scheme is the evil one. He hates God’s Word and would have us doubt it so as to not have life abundantly but so that he may steal, kill, and destroy (John 10:9–10).

The first thing Satan tried to do to Adam and Eve is to get them to doubt the commandment, and he employs the same strategy today. We must be Bible people if we seek to fight this. We must know the Word. We must meditate on it and have it hidden deep in our hearts. We must cling to it in faith. We must resist the Devil.

In Genesis 3:4 Satan moves from asking questions to downright calling God a liar. And notice something here: Satan actually quotes God’s Word better than Eve when he says “surely die” (she had said “lest you die” — Gen. 3:3).

Satan knew God’s Word all along. But now what is he doing? He is flat out contradicting an aspect of it. “God has said this will happen, but guess what? It won’t!” He is downplaying the consequences of sin. And this is still his strategy today.

The devil is a liar. Sin always has consequences. Sin will always cost you. Don’t believe him. Don’t believe the culture. Look to the Word. Look to Christ! See His agony upon the tree for sinners! How great a cost our sins produced that Christ Himself suffered for them in our place.

Should the church participate in the sins for which Christ bled? Christ has conquered so let us live free and trust His grace when we do sin and always seek repentance. But we must remember that sin comes at a cost. It cost our Savior. And it costs us when we engage in it. Do not let Satan’s strategy cause you to lower your guard. We must not give the devil an opening.

We must be resolute in holding firm to the Scriptures and trusting Christ’s work on our behalf as our shield of faith to extinguish his fiery darts.

We will continue considering more of Satan’s strategies for temptation in part 2.