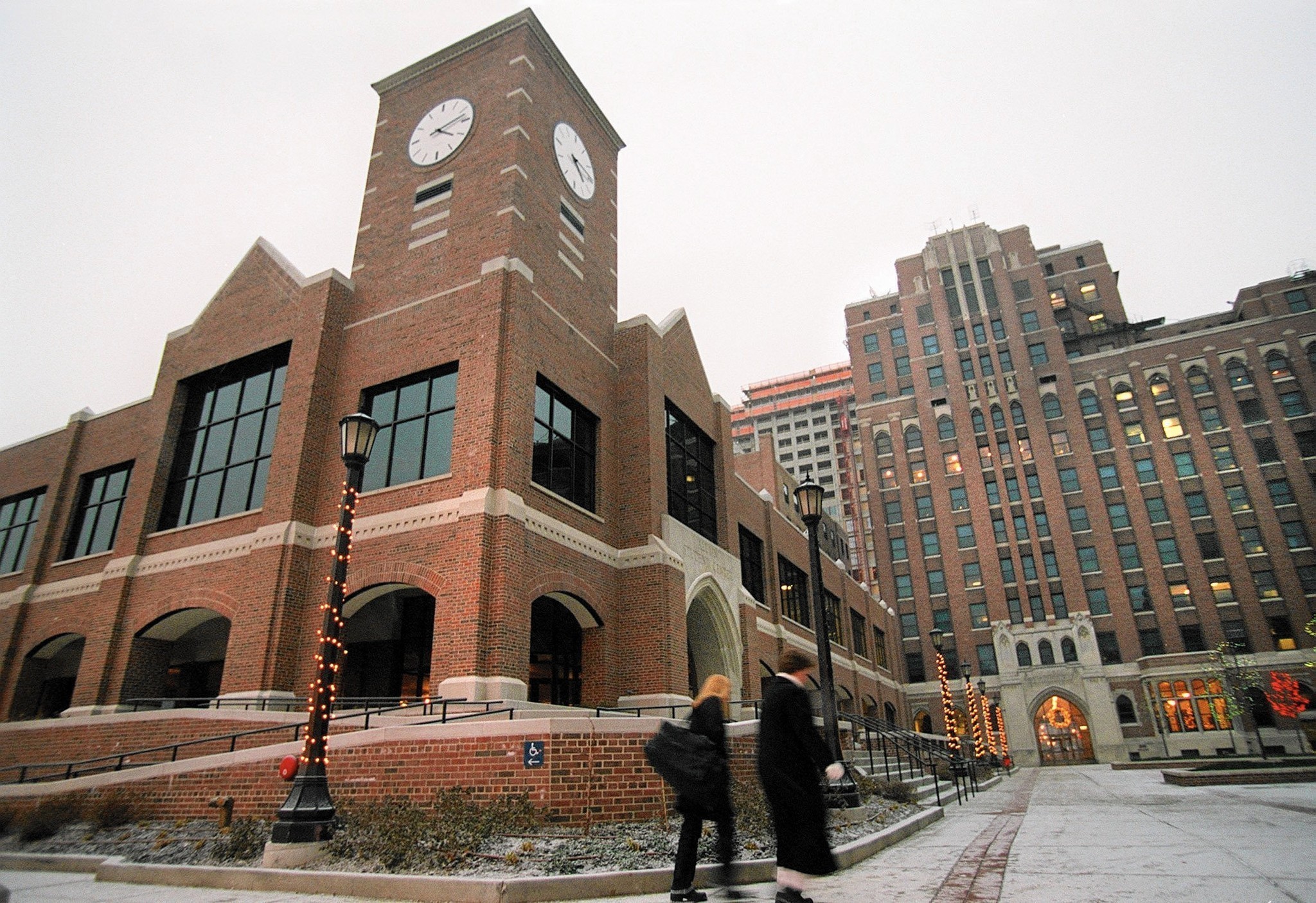 In “Here and There,” we’ll take a brief look at random and important news in the Evangelical, political, and sports world.

—The Superb Owl: I guess what I really want everyone to know is that it isn’t a great idea to stream the Super Bowl through NBC.com, on the church’s wifi, with a baker’s dozen of semi-eager Junior High and High School sports junkies. Sure, we had more food than a Chris Farley Impersonator’s Convention, but mere food doesn’t cover up the fact that WE MISSED MORE THAN HALF THE GAME AND MANY OF THE HILARIOUS COMMERCIALS EVERYONE IS TALKING ABOUT RIGHT NOW.

But we rest in the sovereignty of God. Oh yeah, and I didn’t have to listen to Cris Collinsworth whine about the refs and the importance of “The Rules” after they confirmed Clement’s catch in the back of the endzone, and, minutes later, listen to him fawn at Gronk’s marvelous ability to flop and “sell a hold.”

I have to give it to him though, the guy keeps getting Super Bowls to commentate on.

I’ll say this too: I think it’s über strange that Patriots Cornerback Malcom Butler didn’t see the field yesterday, and it was über sad to see him crying on the sideline because of it. The guy got the game-winning interception in SuperBowl 49. If I was a Pats fan, I’d want to know what happened. Did he get in trouble for making fun of this terrific picture of Bill Belichick? Did he steal a crisp pair of Tom Brady’s kale underwear pre-game?

We may never know.

Also lost in the craziness of the wild Super Bowl festivities: today is “National Pork Rind Appreciation Day.” For those of you reading this who live under a rock or are maybe not actual humans: pork rinds are crispy chips made from slices of pig skin and deep-fried in lard. Celebrate THAT!

Stat of the Night: Nick Foles was good.

–What In The World Is Going On At Moody Bible Institute? I truly don’t understand what’s going on two hours Northeast of me at MBI. The President resigned, the school’s Provost retired — both coming after very public complaints about the school’s direction.

According to ChurchLeaders.com, “The problems at the 132-year-old school are wide-ranging and include falling student enrollment numbers, a climate of fear and intimidation on campus, where whistleblowers were said to have been silenced, a liberal theological drift, unprofessionalism by professors in the classroom, widespread layoffs, questionable loans to school trustees and officials and now the firing of a popular Moody Radio Network host who criticized the school.”

The Broken Twig, a website created by concerned alumni but was recently taken down, published a letter from a concerned former graduate that says this: “Moody Bible Institute is not the training ground it once was. Moody has become not a unique place to study and know God’s Word, but instead a place infiltrated by liberal political stances and clichéd cultural buzzwords without a solid theological foundation, a departure from Moody’s central and driving mission to train men and women for faithful service by knowing and teaching the Word of God.”

According to Church Leaders, “[A] letter describes urban ministry classes frequently started late and end early and were taught by an unprepared professor who promoted social justice, liberation theology and exercises meant to instill fear of “white privilege” ahead of ministry and the gospel.”

Bruce Norquist, Associate Dean of Residence Life at Moody, left this comment on The Broken Twig’s Facebook Page on January 15th: “I want to make it known to the author(s) of “The Broken Twig that false allegations have been leveled against me, and that my character and faith have been publicly maligned through this site. I want to also make it known that I am requesting a public acknowledgement that a wrongful presentation of me, my character, beliefs and values has occurred on their site, coupled with an apology to me.”

One quick comment: I don’t know if any of these accusations are true regarding Moody and its faculty. Is it actually being chewed up by Social Justice Warriors and the progressive agenda? If so, I’m sad. Once an institution begins “The Slide”, it’s very, very difficult to return to the Sola Scriptura ethos. The root of all true social injustice is sin. The root of the problem is that man, left to himself, does wicked, selfish, depraved things to the people around him. It doesn’t change a child’s heart when a nun smacks his hand with a ruler, and putting bandaids on yourself doesn’t cure cancer. The Holy Spirit uses the Gospel, the full counsel of God, and the local church to change folks, not really WOKE professors who, like Catholic nuns, use guilt as a weapon for conformity. I was thrilled at the prospect of sending my son to MBI one day because of its proximity and its faithfulness to the truth, but now? I don’t know. I just hope this time of chastening is a wake up call.

So, I have a vested interest in getting some details. If you are a student at MBI or an alumni, please email me some clarifying info at our contact us page.

–Yes, Brian Urlacher Is A Hall Of Famer: I was negative-four when the Bears won the Super Bowl in 1985, and the Bears were terrible (in a very Charles Barkley voice) when I officially began reaching sports-awareness at age 8. However, Middle Line Backer #54 gave me a new love and hope for the Bears — and a legit appreciation for the defensive side of the ball. With his ability to drop back and cover Wide Receivers in the Tampa 2, the dude changed the position of MLB forever. Now he’s officially a Hall of Famer.

ESPN: “The ninth overall pick in 2000, Urlacher was named NFL Defensive Rookie of the Year after recording 123 tackles and eight sacks. He was the NFL Defensive Player of the Year in 2005 and an eight-time Pro Bowl selection who led Chicago to four division titles and a berth in Super Bowl XLI. Urlacher retired with 41½ sacks and 22 interceptions. He recorded 100-plus tackles in nine of 13 seasons in the NFL.”

Oh, and he can grow hair now. This alone is Hall-of-Fame-worthy

—The Power of De-Conversion Stories: How Jen Hatmaker is Trying to Change Minds About the Bible

“De-conversion stories are designed not to reach non-Christians but to reach Christians.  And their purpose is to convince them that their crusty, backwards, outdated, naïve beliefs are no longer worthy of their assent.  Whether done privately or publicly, this is when a person simply gives their testimony of how they once thought like you did and have now seen the light.”

—Showdown looms over SBC and Calvinism

“‘This is not an anti-JD campaign,’ he says. ‘This is a pro-John 3:16 campaign.’ The issue of Calvinism’s influence is the biggest issue facing the Southern Baptist Convention at the moment, Land adds.”

“Her tone gave her away. I knew the news before she even began to tell me. She asked to be put on speaker so that she could talk with both my wife and I. Dragging my feet, I trudged inside, climbed the stairs, and stood in the bedroom with my wife…I stood with her as I placed our adoption worker on speaker, and she, with sorrow and grief in her voice, told us that birth mom had revoked, and that baby girl was being placed back into her care.”

—Nick Foles plans to become a pastor after football

“’I want to be a pastor in a high school,’ Foles said Thursday. ‘It’s on my heart. I took a leap of faith last year and signed up to take classes at seminary. I wanted to continue to learn and challenge my faith. It’s a challenge because you are writing papers that are biblically correct. You want to impact people’s hearts.’”

—A Shocking Image Democrats May See Again on Judgment Day

“After the high-five, the two defenders of legal child dismemberment actually clasped hands in victory with a smiling Democrat Senator Cory Booker looking on approvingly.”