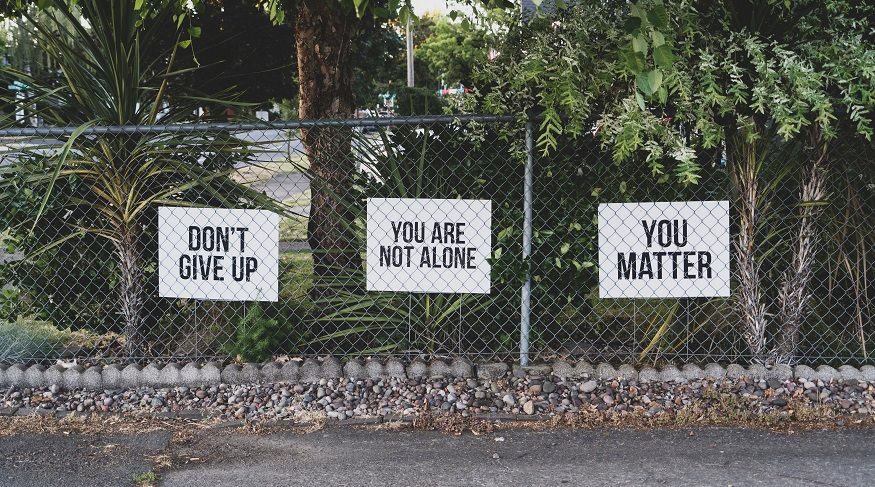 Most of the time I write, podcast, or otherwise post online, my posts are impersonal. I have a healthy fear of focusing too much on myself and so I choose to preach and teach theology without inserting my own life too much.

Today, on the anniversary of a horrific memory of mine, I’m breaking that norm.

I can’t remember anything about April 8, 2012, before the late evening. It was Easter Sunday, so it’s easy for me to assume that I took my wife and oldest daughter to Sunday School, a morning service at church, then an evening service. My daughter was in bed and my wife and I were sitting at my computer and suddenly we saw this:

We were stunned. Brian was my best friend.

In 2001, I “got sober.” I came to believe that I had a drinking problem and I quit. I joined a group that helped people like me and after about 90 days I met Brian. He was a bit odd, but in this group, we really tried to be non-judgmental. Additionally, this guy was right off the street—a young kid addicted to drugs and alcohol—so it was reasonable that he’d be a bit quirky. He had a lot of “detoxing” to do before he would be able to stand in a room of people and not simply “look anxious.”

Time passed and we became friends. Other folks came and went, but Brian and I stayed. We were committed to staying sober and forged a friendship that helped to protect our “sobriety.” It was a safe place where we could share anything at all. Almost by process of elimination, we became buddies. There simply weren’t very many other people who “stuck around” as we did.

We were very different types of people, yet drawn together somehow. Our schedules meshed and we were able to speak on the phone for an hour or more a day. Cell phones had just gotten mainstream, and I used mine to call him every day on my way home from work.

There is a UDF convenience store by my house which I used to go to on late night ice cream runs (more frequently than I want to admit). Every time I drive by it I think about how I’d call Brian on my way there. He’d be delivering pizzas or up studying legal stuff (he became a lawyer), and he’d talk to me for 10-15 minutes and then we’d say good night.

I rented a tux and stood for his wedding. I even read scripture. I vaguely remember I read from 1 John 4. I remember getting saved and talking to him about Christ—he professed Christ, too. It enhanced our friendship.

I have been wanting to write this for a few days now. Every time I sat down to write I had a sense that I wanted to write something, but nothing would come out. So I apologize if this is rambling and disorganized.

In 2012, Brian committed suicide. April 8, 2012, is the official date. That was a Sunday. The last time I had talked to Brian was the Wednesday before. I will never forget it. He was dealing with a separation and seemingly imminent divorce from his wife and we were in contact for hours at a time for a while. I remember him confessing some things to me and he was feeling really terrible. I remember trying to reassure him that Christians will still sin and having to cut off the conversation because I had just arrived at my son’s football practice.

I will never forget cutting off that conversation.

Brian’s Facebook page still exists. I wrote this post just days after I heard of him passing to encourage people to help people like Brian (I hope you’ll read it). I remember looking at him in the casket and it just didn’t look like Brian to me. I remember eating Chipotle with him every Monday for a while in the brewery district of Columbus. I remember calling him on the way to UDF, and I remember and still live with the feeling that maybe I could have done something more or said something more.

It’s been eight years since Brian died. He wasn’t my first suicide, and I’ve known several people who have died early deaths since. Just a year after Brian died, a long time friend of mine overdosed, (click the link to read what I wrote about him) and that was less than a year after his older brother OD’d. My workout partner blew his head off in college. A guy I went to high school with and played football with threw himself in front of a train in 2015. A girl I barely knew but graduated high school with died in the World Trade Center on 9/11. My best friend from second grade was a Green Beret who died in his early twenties from complications from an appendectomy.

I’m probably not as unique as I feel. But since my thirties, I’ve had the nagging feeling I know more people who had died in their youth than most boomers and even other folks my age.

Death surrounds me. I’m not that old, but by the time I was 38 I had without a doubt seen some tragedy. But none of them stand out like my buddy Brian.

Suicide is an interesting sin. It’s a sin which, if you successfully commit it, you can never repent. There’s no way to see the devastating effect it has on others. With many sins, we see how they hurt others and this brings us conviction. This is impossible when it comes to suicide.

It leaves people with scars that heal slowly, if at all. It creates an anniversary for those left behind. In Brian’s case, it created two. Every April 8, I think about what happened, and his death haunts my Easters, as well. I really loved that guy and I miss him and it hurts. It makes me cry to think about him. And I hope I never get over that this side of glory.