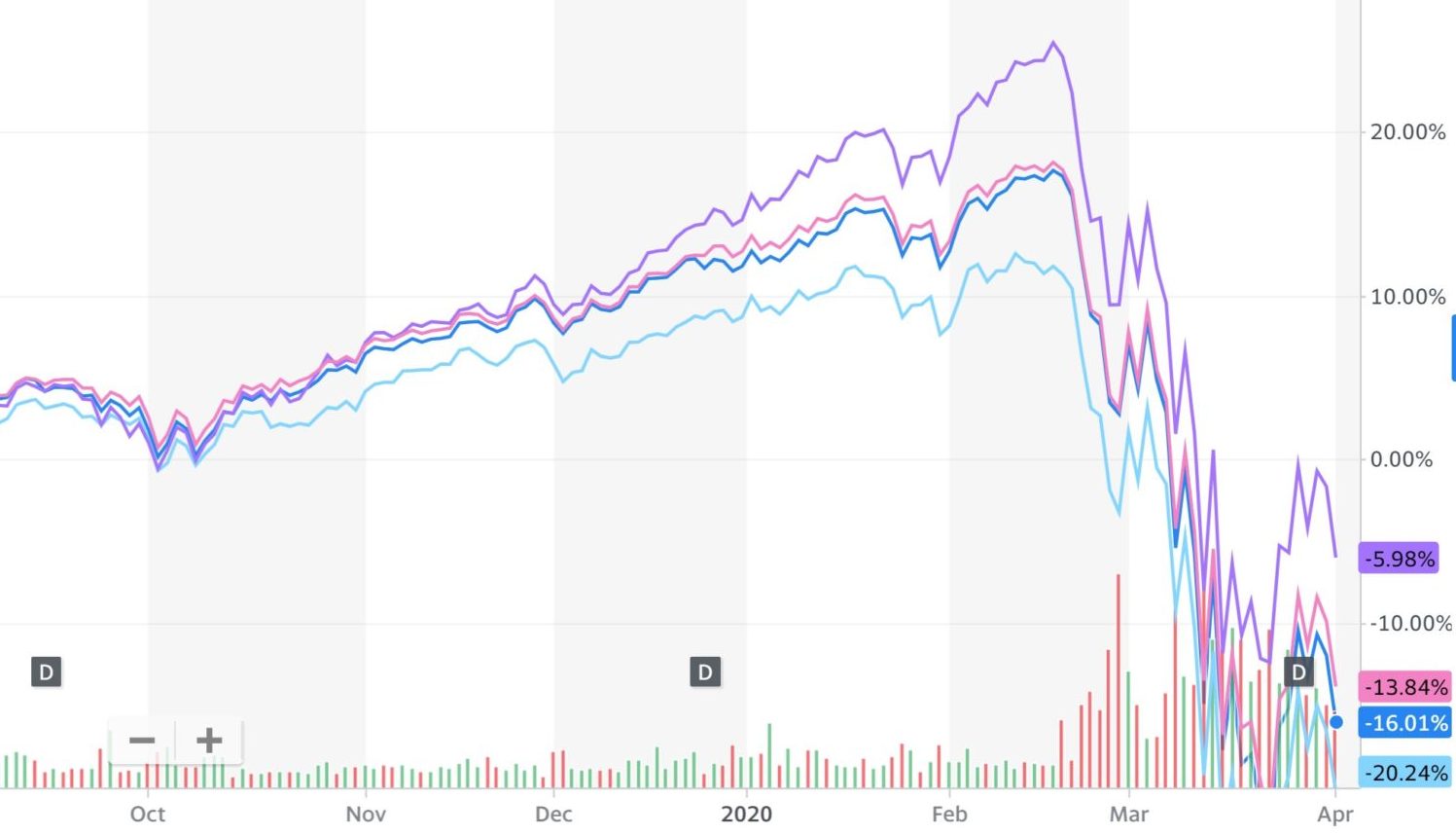 How Much Is A Life Worth? Have you ever thought about how much a person would sell for? Have you considered in dollar amounts what you would pay for a human being? If we’re ever going to resume normalcy then we have to figure out the answer to the question posed in the title of this post: how much is a life worth?

You don’t place a dollar amount on the cost of a human life. I know you don’t. You’re not a monster. So let’s move quickly to judge harshly those who want to restart the economy while a global pandemic moves through our population of 7 billion+ people.

Well, before we got too far into our unrelenting condemnation of those greedy capitalists with hearts 1/10th the size of the Grinch’s, let’s do a quick check to make certain we haven’t made cold and calculated decisions weighing the benefits of normal 21st-century life.

I own a Toyota Sienna minivan. It has just under 100,000 miles. It’s safer than a 1990 Dodge Caravan with 400,000 miles, so I obviously love my family more than someone who drives his family around in a death trap like the Caravan. But other people own newer Siennas or vans that have higher safety ratings, so do they love their family more than I love mine? And what about people who installed bulletproof glass and replaced the original doors with Kevlar and titanium? Do they love their family the mostest?

The truth is all of us, every single one of us, every last person, make a value judgment every day in regards to how much a human life is worth. My wife and I could afford a newer van, and we could afford to install bulletproof glass, but we’ve decided that paying for those upgrades is not worth the increase in safety we feel it may provide. We have in essence placed a value on our lives and the lives of our children.

The mere act of driving a vehicle is we (any of us who drive) saying that the convenience of driving a 2-ton hunk of metal at high speeds is worth the violent risks it carries. I want to get to my friend’s house without walking for hours, and I’m willing to risk killing someone to do it. But do any of us think of it in those terms? I doubt it. And don’t distract yourself from the principle in play by saying, “car crashes aren’t contagious.” This is an argument of principle.

When Russell Moore or Al Mohler say it’s not worth restarting the economy because the potential cost of human life is too great, they’re allowed to say that. Yet I feel confident suggesting they’re terribly inconsistent. Some say that even if we save one life, it’s worth shutting down the economy. I don’t think anyone actually believes that because if they did our world would look a whole lot different.

Businesses often tout a “safety first” mantra. It’s completely untrue. No business could maintain its existence if it truly placed safety first because if it did they’d have to shut down all operations. I want my employer to prioritize several things ahead of safety, namely producing products that people want and making a large profit while doing it. Why? Because I’m a monster? No, because I recognize that a paycheck is essential to provide my family with food, shelter, and clothing and I’m willing to assume the risks of my job in exchange for an agreed-upon wage so as not to be a burden on others and so I can support those truly in need.

Genesis 3:17 Then to Adam He said, “Because you have listened to the voice of your wife, and have eaten from the tree about which I commanded you, saying, ‘You shall not eat from it’; Cursed is the ground because of you; In [a]toil you will eat of it All the days of your life.
18 “Both thorns and thistles it shall grow for you; And you will eat the plants of the field;
19 By the sweat of your face You will eat bread, Till you return to the ground, Because from it you were taken;
For you are dust, And to dust you shall return.”

Since the onset of the fall, we have all been cursed to toil in our labor and then die. And most of us will die uncomfortably. Death wasn’t invented last month, and people have been dying since Adam and Eve were deceived. Death is a necessary consequence of life (excluding Enoch and Elijah). Jesus acknowledges this in Luke 13 when talking about the tragedy of the Tower of Siloam. He basically says, “You’re going to die too, and you probably don’t know when or how, so repent right now.” We’re all going to die and there’s nothing we can do about it. The Bible, however, is clear about the way a Christian is to go about life. We are told to not fear and not to live fearfully as the pagans do.

Matthew 10:31 So do not fear; you are more valuable than many sparrows.

“Hold on, Tim. Now you’re saying we shouldn’t take any safety precautions! You truly are a monster! You want immuno-compromised people of advanced years to die so that we can avoid a depression! You disgust me!”

Should we have taken no measures to prevent COVID-19 from spreading? Should we have continued on as if it was just the flu? Those aren’t questions I’m answering right now. What I want to prove is that each of us needs to understand that our work, or the work of our spouse or parents, carries with it a generally immeasurable risk and could potentially lead to someone getting sick or being killed. It’s no guarantee that quarantines will actually save a higher number of lives. That’s entirely speculative. For all we know keeping younger people at home locked up with older people will increase the chances of the older generation getting the virus and there are other countries who haven’t issued the severe restrictions most states have  We don’t know what would have happened if we Americans kept trucking or made alternative arrangements only for the most vulnerable.

The Moores and Mohlers of the world are indeed okay with some people dying so that we can have an economy and freedom to move about as we please. If they weren’t okay with that, then they’d be demanding we shut down dangerous jobs and pushing for legislation that severely restricts who can enter a nursing home or hospital as a visitor or worker. And next year during flu season I expect that they’ll be in favor of shutting down our economy to some degree so that lives can be saved. Are they monsters for tolerating some deaths? I don’t think so. Are they inconsistent? Big time.

This isn’t a question about who values life more or who is more consistently pro-life. All of us are fine with some death, so this boils down to one question: is what we are doing to prevent death reasonable and sustainable?