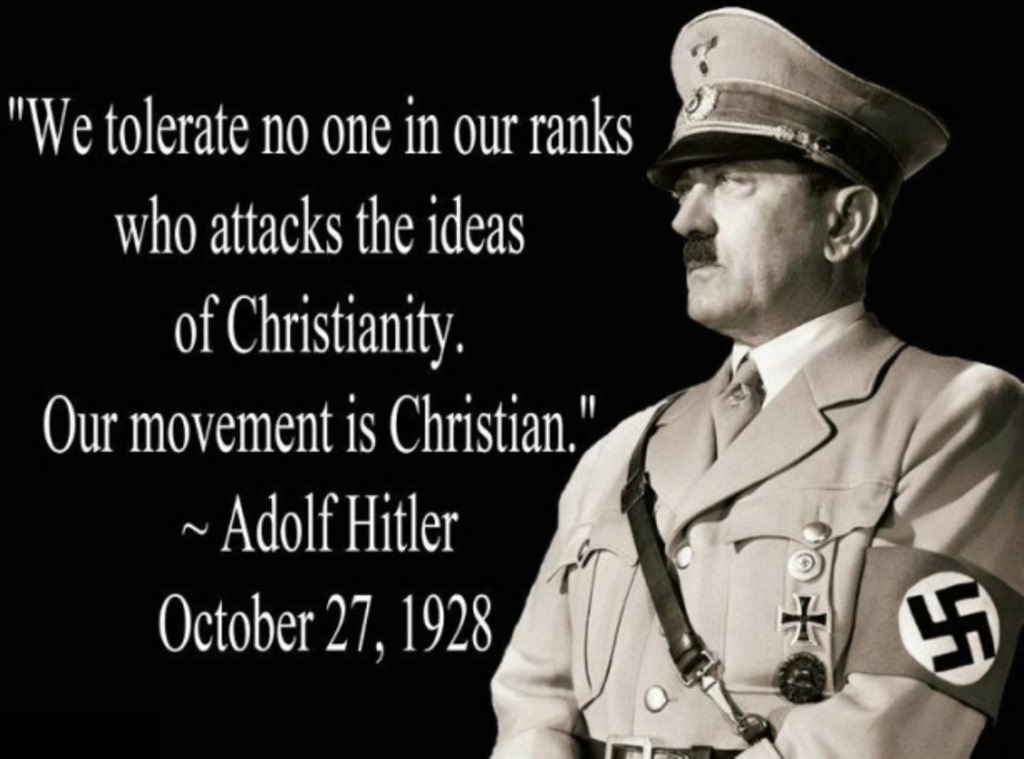 No, We Do Not Need to Own Hitler You can hardly visit a social media thread/debate without seeing the commission of countless logical fallacies. The level at which unregenerate people and immature/uneducated Christians commit logical fallacies is only eclipsed by their perceived mastery of them. Something I have observed is that many people accuse other of fallacious reasoning when there really is not any fallacy being committed.

It seems if you do not like someone’s assertion on social media, throwing a Latin or French phrase at them to look up the meaning of is the most effective argument in response.

It seems the recent resurgence of people willing to engage in theological and political debate has sparked a new wave of folks who wished they had taken logic classes in school. You said there would be no math? Wrong. The study of learning, and a love of good, sound reasoning should be the banner of every Christian, for when we learn to reason and reason to learn we discover more about our wonderful God of knowledge and rationality through His creation.

But there are cage stagers in every discipline, I suppose. So we must be careful to always employ good practices and remember that nothing is reasonable or wise if it doesn't start with Yahweh (Prov 1:7). Click To Tweet

But there are “cage-stagers” in every discipline, I suppose. So we must be careful to always employ good practices and remember that nothing is reasonable or wise if it doesn’t start with Yahweh (Prov 1:7). God has created apparent paradoxes where there is no paradox except in our finite minds. The very concept of an infinite and eternal being is irrational to us, if we use our own selves as a starting point. Of course, an infinite, eternal being is self-evident, and essential, when we start with God.

So, where am I going with this and what does the title have to do with this post? Well, my wife found a facebook thread on Ben Shapiro’s page that caught our interest. You can read the snippet below which I’ll then parse out of the remainder of this article. Pay close attention to what Novell A Williams Jr writes. Can you spot the errors in Novell’s argumentation? This guy’s basic argument is that

<sarcasm>Whew! It’s hard to believe that the human race existed all these millennia without the advanced evolutionary tactics of God-haters like Novell. </sarcasm>

But let’s look briefly at what he’s saying. He is arguing that because Hitler was a Christian, that proves Christianity is wrong. But would he accept that argument another way? It seems he would not, because he contradicts himself later in the thread. Do you see it?

When he references Stalin, saying “Sorry, but like us atheist have to take Stalin as an L, you have to take Hitler as one,” what he shows is that one bad atheist doesn’t necessary invalidate atheism for him. So why should one bad Christian invalidate Christianity? This is an inconsistency he cannot account for. You wouldn’t say mathematics is invalidated because a math professor got a problem wrong. And you, a sinful man failing to act Christian doesn’t invalidate Christianity. (On the contrary, is sorta validates it 1 John 1:10).

Secondly, he make a categorical error when referencing Hitler and Stalin. Hitler and Stalin may not represent the ideologies they laid claim to. It doesn’t really matter if Hitler was an actual Christian or not. I think too many get bogged down by that argument 2. What matters is whether Hitler’s actions are defensible by Christianity.

The point is, when you are having this type of debate, it doesn’t actually matter what any individual Christ follower has done, because Christianity is objectively proven outside of the individual. Forever oh Yahweh, your word is established in Heaven! God’s Word testifies to God and who He is, and what is right and wrong. The failure of any individual Christian to live up to these standards is irrelevant to the debate. To clarify, I’m not saying how we behave is not important, simply that our behavior has no bearing on God’s truth; God’s truth stands alone.

So, no, Mr. Atheist guy who has no way to account for morality in the first place, I do not have to “own Hitler.” I don’t have to affirm him as a Christian, but if even for the sake of argument I do (which I did in reply), I can confidently condemn Hitler’s actions (according to Scripture) and still claim that God exists and Jesus Christ is His Son. The question is, will you trust Him and be delivered from your sin?

[1] “We are a people of different faiths, but we are one. Which faith conquers the other is not the question; rather, the question is whether Christianity stands or falls…. We tolerate no one in our ranks who attacks the ideas of Christianity… in fact our movement is Christian. We are filled with a desire for Catholics and Protestants to discover one another in the deep distress of our own people.”

-Adolf Hitler, in a speech in Passau, 27 October 1928, Bundesarchiv Berlin-Zehlendorf, [cited from Richard Steigmann-Gall’s The Holy Reich] from http://www.nobeliefs.com/speeches.htm

[2] The problem here is that novice debaters will accuse you of using the No True Scotsman (informal) fallacy. If the debate is “How to evaluate the Christian life to ensure conversion has occurred,” then yeah, whether Hitler was truly born again is good fodder. But if you are arguing whether Christian virtue is good for society, it is sufficient to say that Hitler simply didn’t espouse Christian virtue in his acts that are being brought up. If someone argues that complementarianism is wrong because some men have abused women who were complementarians, our response is that those men were following some ideology other than biblical complementarianism, not that those men must not actually be complementarians.