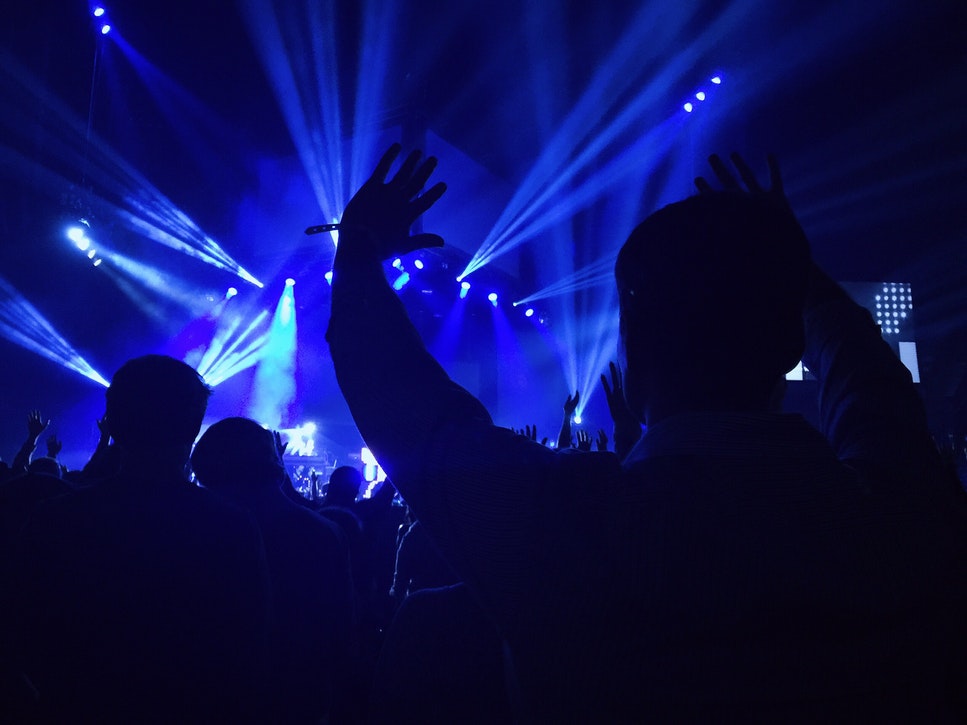 The ushers were friendlier than I expected as we came through the front door. We weren’t exactly sure where to go after that, but we sort of just followed the crowd until we found our seats. We chit-chatted with those around us as we waited for everything to start. I wasn’t sure how many people were there, but it was in the thousands. There were people from all walks of life, many ethnic backgrounds, and various socioeconomic statuses.

Since it was our first time there, we sort of just followed everyone else when it was time to stand up and sit down. Having the screen to look on was definitely nice. The music was great. They really geared everything toward their guests which was much appreciated. When we left we weren’t pressured to return, but we all wanted to. It was spectacular.

The saddest thing about the whole experience that day is that the Cowboys lost to the Falcons. That was 2015. Tony Romo had gotten hurt the week before, so I never got to see him play live. Other than that we had a great time. We showed up, spectated, and left.

Just a few hours before that experience we visited a church in the area with similar attributes. We were warmly greeted, found a seat in the back, made a little small talk, stood up and sat down when directed, and listened to a guy on a screen preach the Word to us. The music was good, the preaching was biblical, and the people were friendly enough. We showed up, spectated, and left.

Spectacular is from the Latin word spectaculum which means a “sight, or show”. Other words like spectacle and spectator are derived from the same word. In modern usage, “spectacular” is mostly used as a synonym for “amazing,” but in this post, I’m using it in its more original meaning: the idea of a show or entertainment. In other words, Sunday church services have been geared toward spectators.

We’ve lost the participatory element that was always meant to be included in the main gathering of the local church. Instead, our focus is to accommodate guests, put our best up on stage, and deliver a stellar sermon.

Please know that I’m not against those things in and of themselves. I do think, however, the current focus of conservative churches in putting forth a product to be enjoyed, rather than a worship service to be participated in, is problematic. If the main gathering of your local church has no time to fulfill any of the “one anothers” in Scripture because it will mess up the “flow” of worship, then maybe your church hasn’t understood corporate worship rightly.

This came to light this week when Thom Rainer posted a tweet, which I shared on Facebook. (We had lots of interaction!)

First, let me say that I’m not going to argue that churches need to have a meet and greet time. Furthermore, I’ve been in too many services over the years where the meet and greet time was hokey, an ungrounded tradition, and really had no focus on Christ. With that out of the way, let me say this: A “stand and greet” time  in a church service can be a way to fulfill some of the “one anothers” (at least in part) that we see in the New Testament, such as:

In no way do I mean that a five-minute “stand and greet” time will satisfactorily meet all of these one anothers and the many others we see in the New Testament. I do mean, however, that they can be met in part during a time like that during a service if done properly.

Here is my main point in all of this. These one anothers and the others of the New Testament are meant to be fulfilled, at least in part, when we gather together on Sunday. Again, to clarify, they are not only meant to be fulfilled when we gather together – that needs to be taking place throughout the week as well. However, if we think none of the one anothers should be fulfilled during our main weekly gathering, I believe we have misunderstood the purpose of corporate worship.

But what about the guests? Shouldn’t we have a well-polished service so that guests feel accommodated, appreciated, and amazed?

Look, I don’t have a problem with thinking about our guests in a hospitable way. Let’s strive to make sure our facilities are clean, that people can easily find their way around, and that they understand what’s going on. But let us be cautious here: Guests are not the driving force for what we include or don’t include in a worship service – Scripture is.

After all, 10/10 unbelieving guests will not find it accommodating to their natural self for a person to tell them they must repent of their sins. And yet, if we want to be faithful to Scripture, this is exactly what we must do! Let me also offer this idea to chew on: our main weekly gathering is not for “guests” anyway. It is for the local church.

Does this mean we don’t want guests to come? Of course not! But it does mean we design our services according to Scripture because it is our main goal to glorify God and edify one another. If a guest feels uncomfortable with that, then we should take the opportunity to talk with them about why we do all that we do.

So, what are some ways you can make Sunday less spectacular?

None of these considerations should take away from the public preaching and teaching time of the Word. Focus, however, on making a corporate worship service corporate – not a concert followed by a motivational speech.  We don’t want everyone leaving amazed at how spectacular everything was done.

Instead, we participate in corporate worship together. Make this Sunday less spectacular. Soli Deo Gloria.