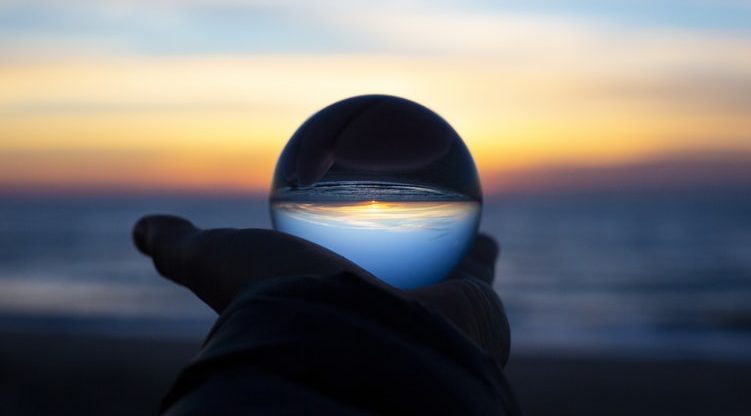 The Omniscience of God and Determinism

The future is determined.

Even the thought you just had about that sentence was determined from long ago. And what I’d like to do in this post is to demonstrate that this is an orthodoxy issue, not merely a “Calvinist” issue. That is, too many label Calvinists as “determinists” when in reality, any person who holds to the omniscience of God must carry the same label. And for what it’s worth, I prefer the term “compatibilist.”

In my opinion, chapters 3 and 5 of the 1689 London Baptist Confession of Faith use some of the best language when carefully describing God’s decree of all things that come to pass, yet without being the author of sin in any way.

But in today’s post, I want to talk about the “omniscience” only view. That is, God only knows all that will take place rather than “decreeing” it to come to pass.

In an interaction with a brother named Ronnie Rogers on Facebook and in a 9/30/19 blog post, he wrote:

Notice the sleight of hand in the word “determined.” Some things, in Ronnie’s words, God “determined to happen.” But other things “come into being because of the actions and choices of libertarian free beings.”

Now, there are a few things wrong with that and we won’t get into all the details on this post. But on the surface, that might seem plausible to some people. Especially those who genuinely want to “guard” God from being the author of sin.

But a crucial question here is, how can libertarian free beings determine anything to happen if they (the creatures) haven’t come into existence?

So, let’s walk through this just a moment. Does God only determine some things and the libertarian free will of men determines other things?

Well, as I said, that might sound reasonable at first, but how do non-existent creatures determine anything? What I mean is, how does someone who does not exist “determine” anything? And how do they determine to choose vanilla ice cream over chocolate ice cream unless both vanilla and chocolate are decreed to exist?

See, it sounds nice to some to say God simply “knew” what people would choose, but we must ask “How did those people get here?” And “How did all involved in the circumstances surrounding their decision get here?”

The Bible’s answer is God created them (Genesis 1:1). And if you are an orthodox Christian then you (at minimum) believe God created people with full knowledge of their actions. God determined to create them with their “libertarian free will” (from Ronnie’s perspective) that would then “determine” what would “come into being.”

Yet, somehow well-meaning men (like Ronnie) argue that this is not “determinism” even though the creature has no “choice” in his existence (and other circumstances: where he will be born, his parents, his time period in history, etc.) as it is fully up to God’s determination.

But that’s not all…

As I said in the beginning, the future is determined. God’s complete omniscience demands that when He said “Let there be light” He fully knew all choices of His creatures and still decreed their existence. That is, at bare minimum, orthodoxy demands that what God knows will happen tomorrow, with 100% accuracy, and will come to pass with a 0% of being altered in any way.

So, then, is the future really determined by libertarian free will or by God? If God were not omniscient and not omnipotent perhaps one could try and make a case for the creature’s ultimate determination of events. But then God wouldn’t be worthy of our adoration, would He?

I think the 1689 Second London Baptist Confession of Faith gives us a much better definition than our brother, Ronnie Rogers. Here’s what Chapter 3, Paragraph 1 says:

From all eternity God decreed everything that occurs, without reference to anything outside himself.  He did this by the perfectly wise and holy counsel of his own will, freely and unchangeably. Yet God did this in such a way that he is neither the author of sin nor has fellowship with any in their sin. This decree does not violate the will of the creature or take away the free working or contingency of second causes. On the contrary, these are established by God’s decree. In this decree God’s wisdom is displayed in directing all things, and his power and faithfulness are demonstrated in accomplishing his decree

God decrees all that will come to pass without violating the will of the creature or being responsible for sin in any way.

The other system (what I’m presenting), has God determining all things based solely on His good, holy, wise, and sovereign will.*

That means any moments of suffering I experience aren’t random acts that God could have prevented, but just didn’t want to because of His commitment to random libertarian free will. Instead, they are acts He sovereignly decreed from eternity and has some measure of good in them for me even if I don’t fully understand them in this life.

What does the Bible Say?

At the end of the day, it doesn’t matter so much what I say, or Ronnie says, or a particular confession of faith says. We must consider, what does the Bible say?

There is a surplus of passages we could examine, but we won’t even attempt to get to them all. Instead, I’ll just focus on two. I think these two passages will be sufficient for our task.

…for truly in this city there were gathered together against your holy servant Jesus, whom you anointed, both Herod and Pontius Pilate, along with the Gentiles and the peoples of Israel, to do whatever your hand and your plan had predestined to take place.

This is forthright. Herod, Pilate, the Gentiles, and the peoples of Israel all share culpability in the crucifixion. They chose to kill the Son of God. And yet, God predestined this to take place. Notice, He didn’t merely “know” the libertarian free will of His creatures would just so “happen” to wind up down a path of redemption for sinners (again, that gets quite convoluted doesn’t it!?).

Rather, God pre-determined the choices of those involved in the crucifixion while not violating their desires to crucify Christ (see also “predestined” in Acts 4:28). God is sovereign and man is responsible (cf. Genesis 50:20).

The second passage we will look at is a Christian favorite: Romans 8:28.

In other words, has God merely “foreseen” that billions of events on any given day (all things) will “just so happen” to work out for good based on the determination of libertarian free will? Or does He promise all things will work together for good because He is working billions of events on any given day toward a grander purpose for His glory and His people’s good?

The End of the Matter

My point in this post is to show that all who hold to an orthodox understanding of God’s omniscience are “determinists.” There are certainly more problems with the “libertarian free will” theology, but I will leave those to a future post. Today, I implore you to search the Scriptures, and trust God’s sovereign hand in all things and give Him the glory in doing so.

After all, God is sovereign. And you are responsible.

*1689 London Baptist Confession, Chapter 3, para. 2 – Although God knoweth whatsoever may or can come to pass, upon all supposed conditions, yet hath he not decreed anything, because he foresaw it as future, or as that which would come to pass upon such conditions. (Acts 15:18; Romans 9:11, 13, 16, 18)