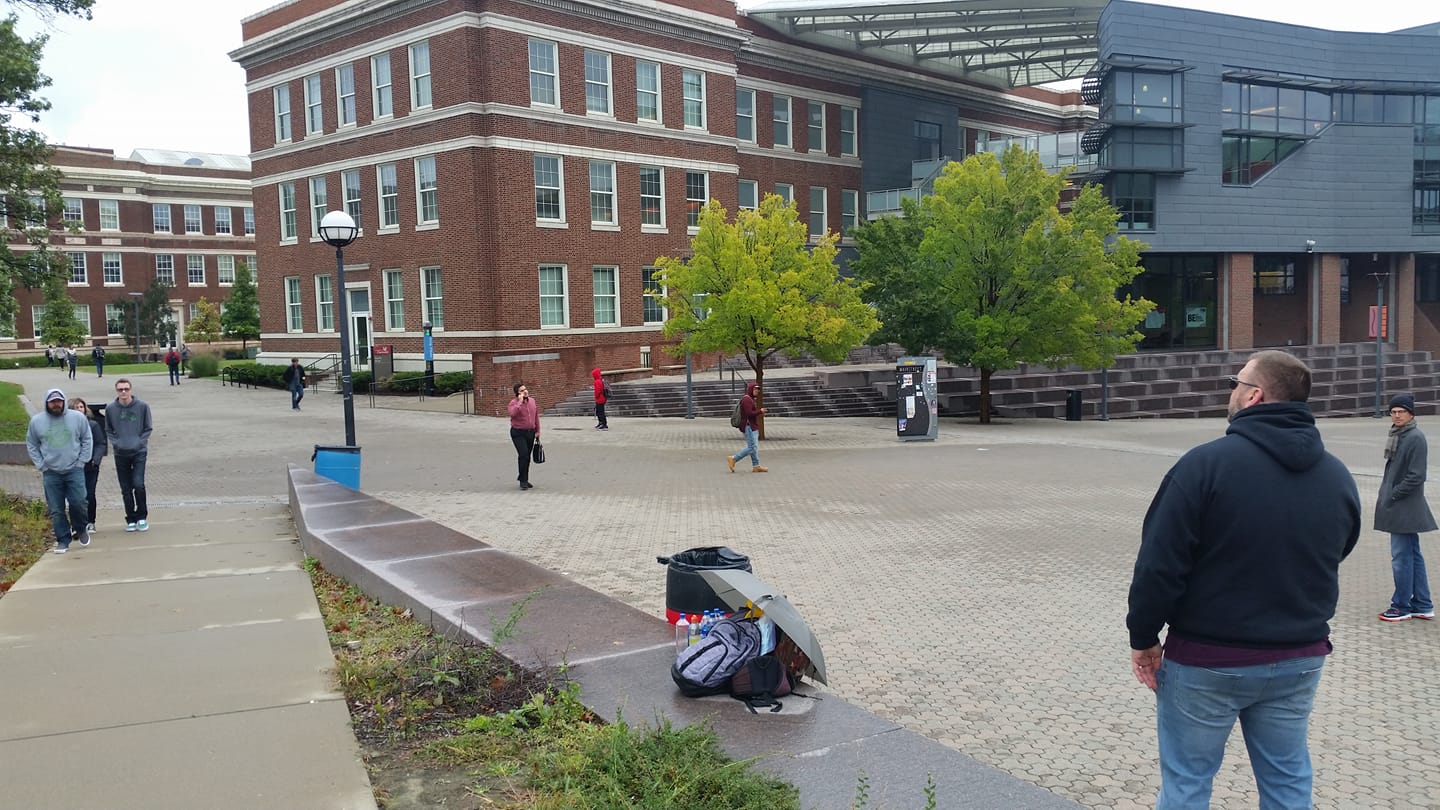 “I’m homosexual,” Isaac told me, “and I don’t think I could give up the happiness it brings me and deny who I am — for something I am not certain about.” This was Isaac’s response to a question I asked him. What preceded and what followed the above response is the story I want to tell. I sincerely hope it will be instructive.

Isaac is a student at the University of Cincinnati. On October 15, 2018, by the providence of our Lord Jesus Christ I was brought to his campus to preach the Word of God — specifically the risen Christ and the good news of salvation. I stood outside the Tangeman Center and preached nearly an hour as students went back and forth from classes. Five other men joined me as we loved the students of UC with God’s truth.

Isaac hadn’t offered this information to me for no reason. You see Isaac approached as I was preaching the gospel to observe a friend of his who had heckled me for nearly half an hour. He watched as I engaged his friend, Brad. Brad had many questions, all of which deserved good apologetic answers. But Brad’s questions were not genuine. He didn’t like the answers he received and then he walked away.

So it was just Isaac and I. An effeminate young man of about 19 years old, Isaac did what most people do when they encounter God’s Word being heralded publicly, he questioned the method and the effectiveness of our method, specifically a sign that reads “Evolution is a Lie.” The first thing I wanted to do was get Isaac to consider his standing before a holy and righteous God, rather than get into arguments about evangelism methods with an enemy of the Father of evangelism. So I changed the subject and asked Isaac point blank: “What sin do you love so much that you would rather burn in hell for eternity than give it up?’

I did not refer to his obvious homosexuality. I could have done that, sure, but many homosexuals rightly notice that Christians are often quicker to condemn that sin than the sin of the fornicator standing next to them. I preferred to NOT give Isaac a stumbling block and instead asked him to tell me his stumbling block.

When Isaac told me that he knew he couldn’t give up being homosexual, I asked him if he was really willing to suffer for eternity for that. He said he just didn’t think he could become a Christian because he knew that as a homosexual it would mean a lot of suffering in this life, even if Heaven was promised. He said he preferred the joy and good feeling of what he could see with his eyes, than something uncertain.

I actually didn’t see this coming. I had been preparing myself for a classic knock down dragout fight between a homosexual and a Christian. Rather, Isaac seemed to have genuinely considered what he thought the Christian life meant (I discovered that is how he was raised). He realized that to follow Christ was going to mean to deny himself, and his homosexuality. He was more than honest to admit he had no desire to deny himself.

So I decided to teach Isaac a bit about the doctrine of sanctification. I explained to Isaac that if he repented of sin and put his faith in Jesus Christ that God would actually change him from the inside out. I said, “Instead of you spending your life hating being gay and not being about to act it out, God actually changes Christians so that they being to pursue and enjoy righteousness and hate sin.”

The point, I told him, is that Christians, although they fight their sinful flesh, actually have hearts that begin to love God’s law and desire to obey it, not only because it is good for them, but because they really begin to simply enjoy the things God enjoys — and hate the sin God hates.

Isaac seemed to understand what I was saying, although he wasn’t ready to put his faith in Christ for his eternity. But I think we were both pleasantly surprised with how the conversation went. It was respectful while confrontational. It was friendly, yet full of correction. It was a conversation between two people who desperately need the hope of the gospel.

It was a conversation which I suspect is rare in our culture of increasing animosity between political groups. And, it was a conversation where I was able to reveal to Isaac some of the depth of my own depravity that God saved me from. It was a much needed reminder to me of my need for Christ’s righteousness on the day of judgement.

There are a few takeaways from today which I hope are instructive to you.

Please pray for dear Isaac today. Pray that he would be relieved of the shackles to the sin he thinks he loves, and brought to the foot of the cross of Christ.