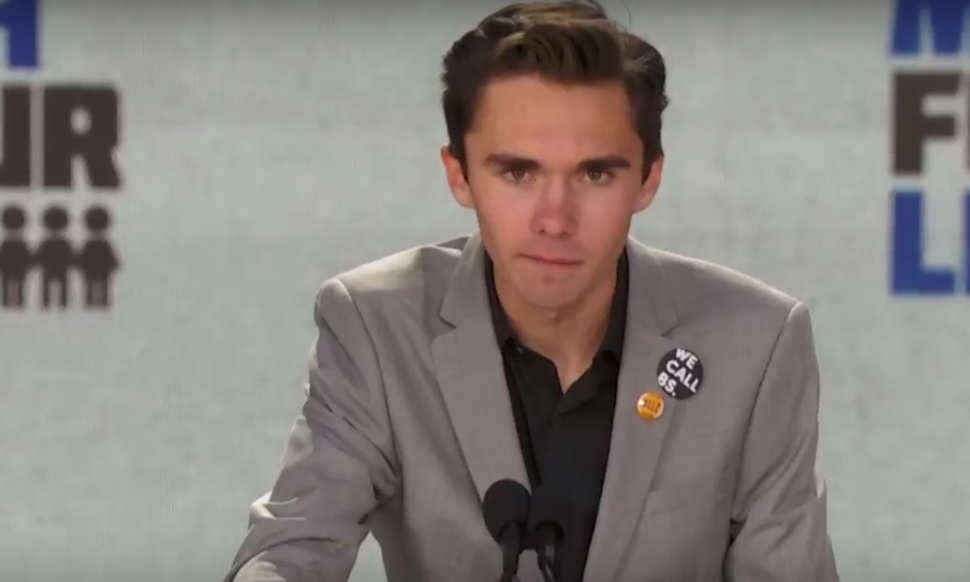 Here and There: March For Our Lives, MLK 50, and Loyola Chicago

In “Here and There,” we’ll take a brief look at random and important news in the Evangelical, political, and sports world.

–March For Our Lives: Washington Post: “Hundreds of thousands of demonstrators gathered in the nation’s capital and cities across the country Saturday to demand action against gun violence, vividly displaying the strength of the political movement led by survivors of a school massacre in Parkland, Fla.”

Let’s just say it’s difficult not to feel a legitimate sense of sympathy and sadness for these high schoolers (seriously?!) who are, as I type, being paraded and puppeted-about by our beloved mainstream media, carrying the weight of the entire Democratic party on their small, underdeveloped shoulders. It’s not just CNN pointing a million cameras at these school shooting victims, mind you. Not to be outdone, Fox News has their own favorite victim as well, Kyle Kashuv. Kyle, 16, has been vocal about his support of the 2nd Amendment, and has been tasked to save it.

I hate all of this. I hate it.

The theological issue: It’s in all of our natures to shirk responsibility and reject God-instituted authority. We’re wicked people who don’t fear the Lord and are extremely insecure. Due to the Adamic nature, more and more adults will willingly turn to the State for answers, personal responsibility will go out the window for good, and American families will be torn to shreds. Why do women end up in the pulpit? A leadership vacuum — a breakdown in biblical manhood and elder-led authority. How do 16 year-old kids end up with the loudest voices in a national discussion on gun control? A leadership vacuum.

It’s much simpler for adults who can’t get along politically to pass the buck to kids to get the job done. Kids. With no life experience.

I’m thankful for MLK in the same way that I’m thankful for America’s role in stopping Hitler — the providential and common grace of God intervened at just the right time to put an end to or stifle evil. Praise God for Martin Luther King Jr.

I won’t, however, pretend the two are Christian just because they used spiritual-sounding words, preached sermons, and quoted Bible verses.

King claimed that the doctrine of the Trinity was unbiblical, originating from Alexandrian mystics. King denied Scriptural inerrancy and the virgin birth. MLK wrote that the Resurrection was “historically and philosophically untenable.”

He also wrote, “Others doctrines such as a supernatural plan of salvation, the Trinity, the substitutionary theory of the atonement, and the second coming of Christ are all quite prominent in fundamentalist thinking. Such are the views of the fundamentalist and they reveal that he is opposed to theological adaptation to social and cultural change. He sees a progressive scientific age as a retrogressive spiritual age. Amid change all around he is willing to preserve certain ancient ideas even though they are contrary to science.”

If the man denied a supernatural plan of salvation, the Trinity, and substitutionary atonement, what Gospel could they possible reflect on this April? Why in the world would I want to promote this event to my flock, knowing that the purity of Gospel will be abandoned in the name of “racial reconciliation”?

And lest you think I’m some racist fundamentalist, dear #woke one, I nearly lost my daughter to severe illnesses twice living with and loving dark skinned men and women in Papua New Guinea. I long for every tribe, tongue, and nation to be reached with the Gospel with every fiber of my being, just not Martin Luther King Jr.’s.

“Gospel Reflections” is an interesting title to assign to a conference held in honor of a man who denied the Gospel. https://t.co/BMvjvsxXs1

No wonder all of our churches’ evangelism, discipleship, and missions programs are suffering these days — not only is expositional preaching becoming a lost art, we have a massive Evangelical organization called THE GOSPEL COALITION confusing people about *the Gospel.*

It was Nikolaus von Zinzendorf who said, “Preach the Gospel, die, and be forgotten.” This quote is famous, not just because it’s pithy and nice, but it’s also powerfully direct. It sums up the Christian’s calling with crystal-clarity.

The Gospel Coalition can’t make this claim, what, with its 18,000 word blog posts seeking nuance and a nod from a godless culture. Unlike the Mighty Zinzendorf, TGC makes Christians less certain about their calling.

Again, this is The Gospel Coalition we’re talking about. What a time to be alive.

–Loyola Chicago: Illinois, traditionally touted as a “Basketball State,” hasn’t had a college basketball team reach the Final Four since 2005. The fighting Illini are a mess, everyone else is bad, and these last 13 years have been nothing but failure after collegiate failure. Because of this, I have grown to detest college athletics. I haven’t looked at the science yet, but, at the college level, I’m pretty sure 98.3% of all jumpshots are straight-up bricks, there are way too many short white guys (sorry). And the whole “college is better because they’re playing for the love of the game and aren’t getting paid” argument doesn’t work anymore because we all know that THE IMPORTANT PLAYERS ARE GETTING PAID UNDER THE TABLE.

By the way, friend, the “All the NBA players are spoiled brats” argument doesn’t work either *cough* Grayson Allen *cough*.

Like Phil Johnson’s cold coffee saved me from yawning way too much on my Grace To You tour a few weeks ago, Loyola Chicago rescued my home state from another year of total and complete irrelevance on the March Madness stage. Congrats boys: because of you, I will gleefully watch a Final Four chock full of uncomfortable air balls and turnovers.

“Media from the 2018 Shepherds’ Conference, “I Will Build My Church”, March 7–9, 2018. For more information visit shepherdsconference.org.”

–Charlotte Helene Fien urges the United Nations to protect people with Down syndrome.

“You can try to kill off everyone with Down syndrome by using abortion, but you won’t be any closer to a perfect society. You will just be closer to a cruel, heartless one.”

“While the world mourns the loss of such a brilliant mind, there is even more to mourn today, as a man passed into eternity without knowledge of the Savior of the world, Jesus Christ (although we don’t know what he was thinking concerning his mortality and afterlife in the final days of his life).”

#ChurchToo: Andy Savage Resigns from Megachurch over Past Abuse

“Apologies are important, but more is required. I know that stepping down once, or even a second time, still doesn’t make things right for Jules. But addressing my own acts of abuse this way acknowledges the importance of confronting abuse in our culture and in the Church at large. In addition, I will continue striving to grow through this experience going forward as I seek God’s will.”