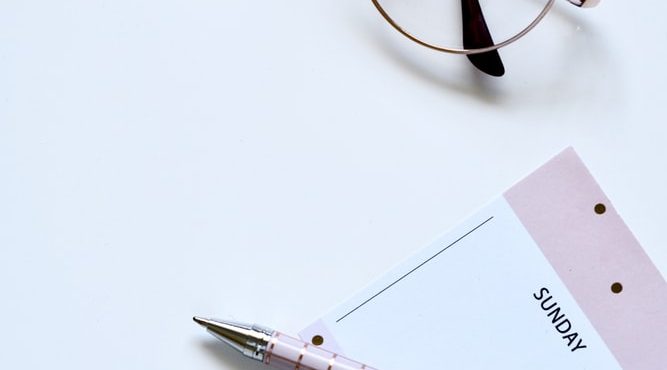 Do You Have to Go to Church Every Sunday?

A familiar ding of the phone went off. (That’s right, I still walk around with my cellular device on loud). The text message read: “So you think you have to go to church every Sunday?”

The reason for this message was because I had reached out to some church members who had missed quite a few Sundays, and in the course of our conversation this subject came up. Seems this subject frequently comes up here in the Bible Belt.

There’s no shortage of clichés about this topic out there:

But is this true?

A Level of Truth

On one level, there is some truth in these clichés. God has never granted someone salvation based solely on their trip to a church service. Furthermore, there are an abundance of legitimate reasons why a believer might not attend regularly. These include prolonged illness, nursing home residence, deployment in the military, legitimate work issues that cannot be resolved for a season. And I’m sure there are others I’m not thinking of right now.

It is not the act of going to church that determines one’s Christianity. In fact, there are many people who attend church every single Sunday but have not been born again and whom Christ will say He never knew (Matt. 7:23).

But when someone responds with a question like the above, there is typically something lurking beneath the surface. The person doesn’t want to go to church every Sunday, and is, therefore, finding justification for missing.

The Heart of the Issue

I still remember as a young child when every Sunday here in Arkansas was like Christmas Day – nothing was open. But as the years went on, Sunday became just like any other day of the week. This hasn’t been the cause of the problem we are facing today, but the effect.

For quite some time, Sundays have been seen as merely an optional expression of one’s personal relationship with Jesus. Really, a church service is more of a religious exercise anyway, and the core of Christianity is not about religion, but a relationship, right? (Spoiler alert: wrong! see here).

Culturally, many people want to still identify with Christianity, and go to heaven, and even talk about a love for Jesus, but practically they do not want to be burdened with what it means to actually follow Christ.

You see, the real heart of the issue is an issue of the heart. In too many places Christianity has been boiled down to answering yes to the right questions, intellectually understanding the gospel, and then having your ticket punched to heaven while you enjoy the lust of the flesh, the lust of the eyes, and the pride of life (1 John 2:15-17). The majority of people who do not attend church regularly are doing so because it’s precisely what they want.

(As an aside, they need to be born again rather than for another church guru to come up with the next big gimmick to get them to come to church.)

The Christianity of the New Testament is markedly different. It wasn’t full of perfect people mind you (just read the Epistles!), but lived out by a people who regularly gathered together (if they didn’t you wouldn’t even have the Epistles would you?).

In fact, the local church is so central to the understanding of Christianity in the New Testament that if you were to remove it from the pages of Holy Writ you wouldn’t have much left over. Yes, you’d still have what’s of “first importance” (1 Corinthians 15:1-3): Christ’s life, death, burial, and resurrection. But you’d miss the key tangible expression of what those who believe on Him look like: they gather together regularly to worship Him, to encourage one another, to hear the Word Preached, to observe His ordinances, to give financially to further His cause, to pray to Him, and even to warn one another as needed.

And while gathering regularly with the local church is a command of Scripture (Hebrews 10:25), it is chiefly a desire of the Christian heart. It’s not so much that a Christian “has” to go to church every Sunday but that he or she wants to. And when sinfulness gets in the way of that desire, he or she still has the command (and hopefully the encouragement of fellow believers) to gather anyway, even on those Sundays when that person doesn’t “feel” like it.

David said in Psalm 122:1 “I was glad when they said to me, ‘Let us go to the house of the Lord!’” And while we shouldn’t equate a church “building” with “the house of the Lord,” we definitely should gather gladly. It is the believer’s joy to worship God with fellow believers!

Again, this doesn’t mean you don’t have groggy Sundays. It doesn’t mean there aren’t some legitimate reasons to miss at times (like, don’t bring your flu bug to me please!). But it does mean, the regenerate heart is glad to gather with God’s people.

Instead of looking for ways to get out of regularly gathering, the true believer finds actual gladness in communing with God’s people in covenant relationship as members of a local church Sunday, after Sunday, after Sunday. Instead of going to church as long as nothing else gets in the way, the Christian guards Sundays so that nothing will get in the way!

Rather than scheduling Sunday around one’s week, he or she schedules the week around Sunday. Church is not seen as a mere religious duty, but as a glad time of receiving instruction from God’s Word, singing to Him, praying to Him, encouraging one another, etc.

So do I think you have to go to church every Sunday? Well, I think you would gladly want to. And if you don’t, then at best there is a grave deficiency in your walk with Christ. But more soberingly, it might more accurately reveal that you aren’t actually a Christian at all. Perhaps an “American Christian,” but not a genuine Christian, and only genuine Christians make it to heaven.

What about Sunday School?

Sunday School, Sunday Nights, and Wednesday Nights are all services some churches have. Do we really have to make them all?

Again, I think that’s the wrong question. While there are certainly legitimate reasons a family cannot make them all, more often than not it’s about priorities. And guess what? Affections (desires) dictate priorities.

Meaning, you love to do what you love. If you legitimately can’t make these “extra” meetings in your church, don’t feel guilty about it! But if it’s because you are trying to do “just enough” to keep God happy, you must repent and reexamine your own heart and your understanding of the gospel.

Can you not be helped by more Scripture? More prayer? Teaching? More fellowship? Of course, you can! So, if believers can legitimately make these meetings, they definitely should. But guess what? I don’t have to tell them that, because they are already there.

Coming to church won’t make you a Christian. But Christians gather regularly with the church because they want to. They’ve been changed by the power of the gospel. They’ve been brought from death to life.

You don’t have to go to church every Sunday to “be” a Christian. You go every Sunday because you “are” one and it’s exactly what you want to do.