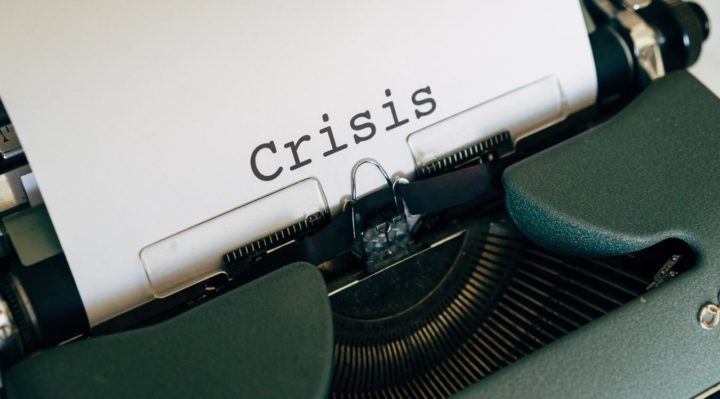 A Book of Numbers: What the 2019 SBC Annual Church Profile Data Tells us About the Southern Baptist Convention The 2019 annual church profile for the Southern Baptist Convention came out recently and the numbers aren’t great. While many people will bemoan the Baptism numbers, something else caught my eye.

For those of who you are not Southern Baptists, the reporting works like this. Our church, Perryville Second Baptist, is a member of a local association made up of just under 20 churches in two Arkansas counties. Each October the churches are supposed to turn in our numbers to our local association who in turn gives these numbers to the Arkansas Baptist State Convention who eventually turns these numbers into the SBC.

In Arkansas, sometimes the State will even give the local association money for turning in all their reports on time to encourage getting the numbers back. Still, only about 75% of churches in the SBC ended up reporting in 2019.

What do the numbers tell us?

I’m really not sure what church-type missions means. So, I don’t have a comment there. Adding 74 new churches seems positive but I also do not know how many of those are new church plants versus how many are new affiliations (like a Missionary Baptist Church already established now aligning with the SBC). Also, that number doesn’t tell us how many churches closed. And all in all, we see a net loss even though we added 74 churches. Look at the number attenders: 47,558 less even with adding 74 churches. That means with every church we add in the SBC we are losing about 643 people from attending church. I’m just a simple Arkansan here, but that doesn’t seem great.

The Baptist Faith and Message (2000) states, “A New Testament church of the Lord Jesus Christ is an autonomous local congregation of baptized believers, associated by covenant in the faith and fellowship of the gospel…” (VI)

It also states, “The first day of the week is the Lord’s Day. It is a Christian institution for regular observance. It commemorates the resurrection of Christ from the dead and should include exercises of worship and spiritual devotion, both public and private…” (VIII)

Thus, by our own statement of faith, a local church is made up of believers and one of the things it means to be a believer is to corporately worship on the Lord’s Day with the local church. Or, to put it another way, we, as Southern Baptists, believe in regenerate church membership — at least on paper.

This means that on any given Lord’s day 63.9% of those professing allegiance to Christ are missing. And this isn’t a Sunday here or there but the telling story of the entire year.

Furthermore, the trend is going in the wrong direction. Based on the numbers presented, in 2018 the percentage was at 36.5%. That means in 2019 fewer members are attending church percentage-wise than they were in 2018.

But even that doesn’t tell the full story. See, the SBC added 74 new churches. And I’ll speculate a bit here but some of those new churches are church plants which means we should be adding a higher percentage with those churches. And the churches that closed their doors in 2019 probably had a lower percentage. So, what I mean is a new church with 20 people is probably close to 100% membership attending every Sunday. While a church closing the door is probably at 3 people showing up and 200 on the roll or whatever (these are just examples). Therefore, what I am saying is adding new churches should help the percentage overall. That is, we could expect the 36.5% to go up a bit since we’ve added new churches. Instead, it’s only gone down. This continues to be a major problem.

This is not a new problem. There is a 2005 article by Jim Elliff that you should read entitled Southern Baptists, An Unregenerate Denomination. When he wrote that article the percentage was at 38%. The trajectory only continues downward.

But, I mean, does a person really have to go to church every Sunday to be a Christian? The short answer is yes. I understand there are legitimate exceptions. By and large, however, that is not what we are experiencing in the SBC. We simply have a large number of people who profess to be Christians who do not make the gathering of God’s people each Lord’s Day a priority.

Simply put, they don’t really love the brethren. Not in any sort of tangible, meaningful, or biblical sense of the word love. And a person willfully outside the regular fellowship of the local church really has no grounds for assurance of salvation. Some may in fact be regenerate. But they have no grounds for saying so if they reject the local church and eventually those who are truly regenerate will repent and link back up while those who aren’t will continue to have their name on a church roll while not being in the Lamb’s Book of Life.

What do We Do?

There are a couple of things I think we should do. First, we should each strive to have our local church rolls reflect the membership as accurately as possible. This will mean the difficult (and probably slow) but biblical task of church discipline. It will also mean some will be removed from our rolls, but perhaps some will genuinely be converted through this process. Read this 2008 SBC Resolution.

Secondly, we should care less about Cooperative Program giving percentages from people up for elected office at annual meetings and instead focus more on membership percentages. If a man is leading his church to give 85% of the church budget to the Cooperative Program, but only 25% of his membership is present on any given Sunday, that is a problem, and, frankly, he has no place to serve in leadership in the SBC.

Sadly, I know that at least 2 recent presidents have had abysmal numbers when it comes to percentages of members actually attending on Sundays. And this is never going to get better unless we take it seriously.

Aren’t we Baptists? One of the central things that define us as Baptists is regenerate church membership.

While I know there are so many things going on in our world today, I have to believe that Jesus still cares greatly about how His local church is treated. Therefore, we should take these sobering numbers seriously and seek to repent as needed and to obey the Lord and make a difference where we can.