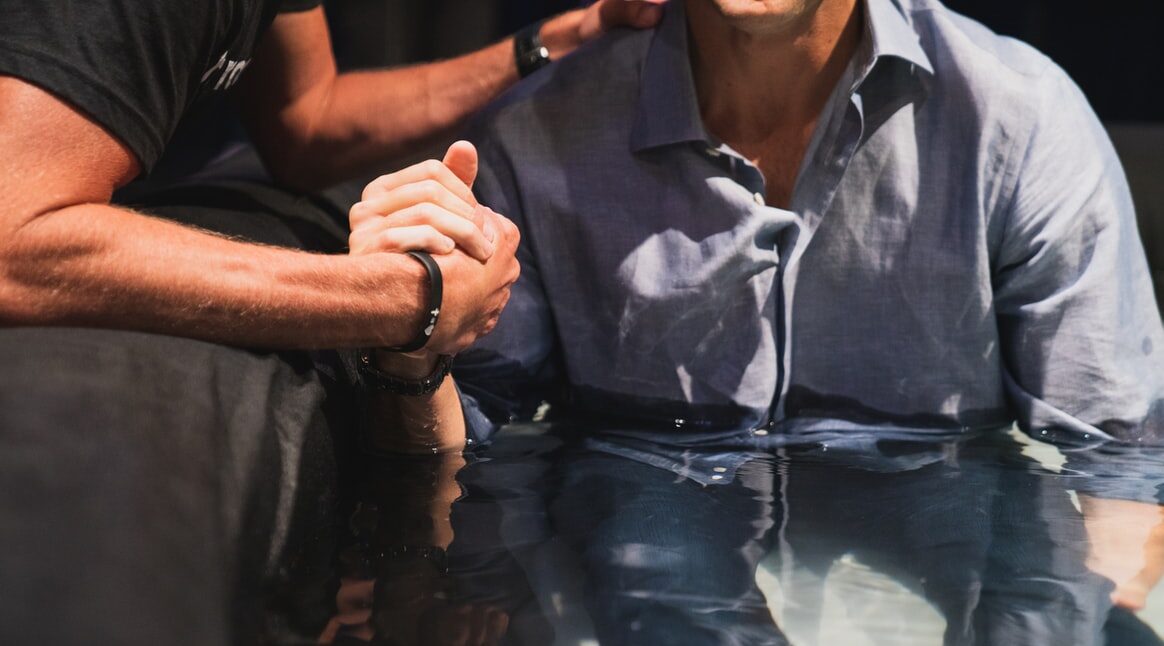 Cradle or Credo?: A Defense of Biblical Baptism

With the recent move of a good brother, Jared Longshore, from credobaptist to paedobaptist, I thought I would share an excerpt from a book I’m continuing to work on in my “free time”, A Change of Heart: Understanding Regeneration and Why it Matters. Below comes from chapter 13 on the ordinances. While I certainly believe Presbyterians and Baptists can partner together for a number of gospel endeavors, I still think understanding baptism biblically is a big deal. And I hope to show you why in what follows:

Chapter 29 of the 1689 London Baptist Confession of Faith says this regarding baptism,

Baptism is an ordinance of the New Testament, ordained by Jesus Christ, to be unto the party baptized, a sign of his fellowship with him, in his death and resurrection; of his being engrafted into him; of remission of sins; and of giving up into God, through Jesus Christ, to live and walk in newness of life.

Those who do actually profess repentance towards God, faith in, and obedience to, our Lord Jesus Christ, are the only proper subjects of this ordinance. The outward element to be used in this ordinance is water, wherein the party is to be baptized, in the name of the Father, and of the Son, and of the Holy Spirit. Immersion, or dipping of the person in water, is necessary to the due administration of this ordinance

One of the most important things you need to know about the ordinances is that they are visible. They are visible symbols. They are objects to be seen, felt, and in the case of the Lord’s Supper, tasted. Samuel Renihan notes, “Baptism is…a two-way declaration. On the one hand, it is God’s visible promise that all who are in His Son are new creations by virtue of their union with Christ in His death and resurrection (Romans 6:3-5). And on the other hand, it is the individual’s profession of faith in those very promises (1 Pt. 3:21-22).”[1]

Do you not know that all of us who have been baptized into Christ Jesus were baptized into his death? We were buried therefore with him by baptism into death, in order that, just as Christ was raised from the dead by the glory of the Father, we too might walk in newness of life. For if we have been united with him in a death like his, we shall certainly be united with him in a resurrection like his.

Baptism, which corresponds to this, now saves you, not as a removal of dirt from the body but as an appeal to God for a good conscience, through the resurrection of Jesus Christ, who has gone into heaven and is at the right hand of God, with angels, authorities, and powers having been subjected to him.

I’m going to use an illustration I adapted only slightly from my friend, Jeff Johnson. Imagine a hostage situation in a foreign country. And the U.S. Army is called in and they rescue a young lady. She doesn’t speak English all that well, but a reporter tries to ask her later, “Who saved you?”

She looks around and notices an American flag waving on top of the U.S. Embassy and she remembers when she was rescued that she saw that flag on the troops’ uniforms. And so, she points up to the flag on the top of the building.

Now, does the young lady mean that the flag itself saved her? That that flag is what rescued her from her oppression? Of course not. She is pointing to what the flag symbolizes. This is how baptism is used in the New Testament. It is a physical symbol of spiritual realities. It is in this sense that Peter says baptism saves (1 Peter 3:21).

One of the main arguments today between Presbyterians and Baptists is over the mode and subjects of Baptism. The point I want to make here is that the argument goes much deeper than water. Phillip Griffiths comments on the baptism debate that being a Baptist ought to mean more than just “the mode of baptism…Reformed Baptists need to rediscover their rich heritage.”[2] Part of that heritage is understanding Baptist covenant theology. Volumes have been written on the subject so there is not space here to treat it in any sort of fullness.

However, it needs to be said that, historically, Baptists have understood only believers as being in God’s covenant of grace. That is, in the Old Testament infants were circumcised in the Abrahamic and Mosaic Covenants ultimately under a covenant of works.[3] This circumcision, though certainly in some senses a gracious sign, did not bring someone into God’s covenant of grace. If circumcision was not kept, the children would be cut off from the physical people of God (Gen. 17:14). Circumcision was another work that’s ultimate point was to remind the physical people of God that they stood in desperate need of One who could fulfill God’s Law and then be cut off for the sake of those who would put their faith in Him (cf. Isaiah 53:4-5).

The true Israel of both the Old and New Testaments has always and only been believers (cf. Romans 9:6-7). And the only way anyone can savingly believe the promises of God is by being born again (cf. John 6:63). So, yes, even members of the covenant of grace in the Old Testament were born again.

Though there are similarities between baptism and circumcision in some ways, Griffiths writes, “Baptism…is both a sign and a seal, marking one as belonging to the spiritual seed of Abraham; sealing the fact that he is united to Christ. The one prerequisite for baptism is that the individual repent and believe. These different criteria hardly suggest parity between these two rites [of circumcision and baptism].”[4] The members of the covenant of grace, then, have always and only been regenerate people, not of a mixed nature. The New Covenant, ratified in the blood of Christ, has established water baptism as the outward symbol of an inward reality and only those born again should be baptized.

Do we have to have “regeneration goggles” then to know whom to Baptize?[5] Of course not. The local church ought to do her best in only baptizing believers by examining the confession and life of those wishing to be baptized. Sadly, in a fallen world, sometimes local churches can “baptize” unbelievers. This does not mean a church ought to intentionally baptize unbelievers.

Do I Have to Be Baptized?

Although baptism is not essential to salvation, it is highly unlikely that a person has been truly born again without an eager desire to follow the Lord in this first command that God gives the new Christian (Acts 2:38). Baptism is a public confession of Christ (Matt. 10:32-33) that evidences to the church and the world that there has been a radical transformation within. Baptism is also a visible sermon. It demonstrates a spiritual reality of one’s death to sin and resurrection to the newness of life in Christ Jesus.[6]

Baptism is for those who have already received the Holy Spirit and it is not what effects or brings about our regeneration. Rather, Baptism is something that the regenerate do. Those already born again, desire to follow the Lord in believer’s baptism because baptism, in the words of Sam Waldron, “says he or she is in union with Christ, is forgiven and has a cleansed heart.”[7]

Baptism is not what brings the Holy Spirit’s work of effectual calling and regeneration about, but it is a physical symbol of the inward spiritual realities that have already taken place. So, Baptism is an ordinance only for those already born again. Baptism does not have the power to bring about a change of heart. This is one reason why we should not baptize infants, and to the best of our ability, we should not baptize unbelievers. Baptism is powerless to bring about regeneration.

That’s one reason we should be cautious about baptizing young children. I do think young children can be born again. It takes the same grace to save a 4-year-old as it does a 44-year-old. But the biblical issue is the church being sure of what has taken place and, in our society, I think a lot of people have unfortunately been baptized when they were very young but have since walked away because they had never actually been born again.

Baptism, then, does not bring about the new birth. A change of heart can only be brought about invisibly and supernaturally by the power of the Holy Spirit alone. Baptism is a physical symbol that shows outwardly what has happened to those who have been born again and closed with faith in Christ having already been united to Him, spiritually cleansed by the Holy Spirit, and justified by grace alone through faith alone.

When Jesus talks about being born of the water and the Spirit (John 3:5), He doesn’t mean baptism and the Spirit, mixed together, create a saving formula. Rather, being “born of the water” is the inward renewal and cleansing we need as prophesied in Ezekiel 36:25-27 and mentioned again in Titus 3:5.

The symbolism in baptism matters. This is why we should not sprinkle or pour water over baptismal candidates but instead immerse the person fully in water in the name of the Father, Son, and Holy Spirit. Baptism is showing how the person has already been spiritually cleansed and is symbolically buried with Christ and raised again to newness of life.

[3] Reformed Baptists have different views on this. Some see the Abrahamic Covenant as dichotomous in nature. Some early Baptists saw it as two covenants.

[5] “Regeneration Goggles” is a phrase some Paedobaptists have used on social media to accuse Baptists of needing to see the invisible church before being willing to admit someone to the ordinance of baptism.