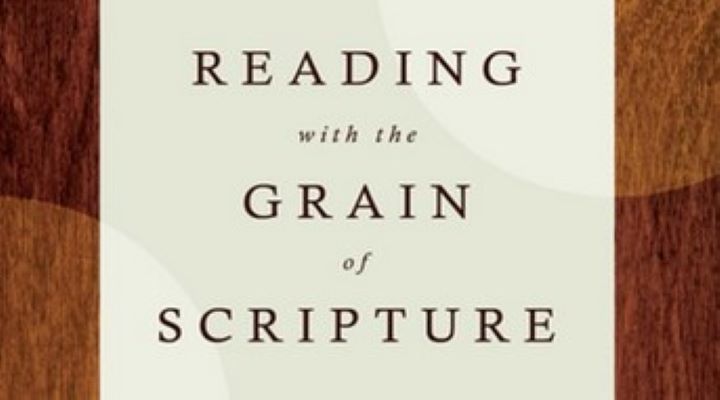 Reading with the Grain of Scripture (book review)

Richard B. Hays is the Dean and George Washington Ivey (no relation) professor of New Testament at 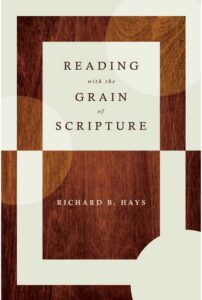 Duke Divinity School. His scholarship on the letters of Paul and the ethics of the New Testament have been widely recognized. His other works include Echoes of Scripture in the Letters of Paul, Reading Backwards: Figural Christology and the Fourfold Gospel Witness, and Conversion of the Imagination: Paul as Interpreter of Israel’s Scripture. Hays is also an ordained minister in the United Methodist Church.

Reading With the Grain of Scripture is a collection of essays by the author from his time teaching at Duke Divinity School. Hays sees his career as scholarship in the service of discipleship, or what he calls “faith seeking exegetical clarity (2).” He acknowledges the specific contexts in which some of these essays were written and that he made the choice to not update them with few exceptions.

The book’s 21 chapters are organized into five groups, based on theological topics. The topics covered are Interpretation, Historical Jesus, Paul, New Testament Theology, and a Conclusion. The primary themes or subtopics that Hays concerns himself with are the Bible’s narrative “glue” that holds it together, figural coherence of the Old and New Testaments, the centrality of the resurrection, new creation and eschatology, humble trust in the text of Scripture, and Bible reading in and for the community of the church. The book also includes an Epilogue, Bibliography, Author and Subject Indices, and an Index of Ancient Sources including Scripture.

The Grain of Scripture

In the second chapter, Hays presents a choice for believers to either follow the path of the creeds and orthodoxy or the so-called “pioneering theologians” per Räisänen (31). Räisänen was at least open about the fact that he was advocating revisionist readings of Scripture, going “against the grain” of the church’s theological consensus (32). Some revisionists like Meeks have gone so far as to say that the teaching ministry and the discipline of biblical theology should be abandoned altogether. Hays argues instead that “The Bible is a collection of documents gathered by and for the church to aid in preserving and proclaiming the church’s message (34).” To be clear, the author does not deny the divine inspiration of Scripture. He rightly sees Scripture as inseparable from the church, rather than as a mere historical artifact for scholars to dissect.

Hays proposes what he calls “theological exegesis” and demonstrates what it can look like in practice. He responds to claims of Luke’s supposedly “low Christology” as a case study (40-46). The author recounts the passage in Luke 7:18-23 in which John the Baptist’s followers ask if Jesus is the “coming one.” Hays persuasively demonstrates the connections between Jesus’s words about himself in Luke’s gospel and the prophetic texts of Psalms and Isaiah. As he puts it, “… Jesus’s apparently cryptic response to John’s disciples is actually a very clear, intellectually coded response. By evoking (Isaiah), Jesus offers a scriptural interpretive framework for the miraculous deeds that John’s disciples have seen him perform (43).” Jesus may have been subtle but “The reader who knows the Psalter and Isaiah will get the point well enough (44).”

Hays concludes that the “low” Christology that modernist critics ascribe to Luke is an illegitimate reading of the text, requiring the reader to ignore the completed canon of Scripture, Old Testament in particular. Hays is to be commended for his defense of an orthodox reading of Scripture, but I wonder if the average faithful Christian isn’t already practicing “theological exegesis”, even if they are unaware of the term. In other words, is it overly optimistic to think that any student of the Bible willing to take the 30 seconds necessary to look up the cross-references can avoid the kind of error Hays is guarding against?

The Christ of History and Faith

Moving into Part 2, Hay’s chapter “A Modest Sketch of Jesus of Nazareth” probes the state of the so-called “Historical Jesus” scholarship (132-145). The author is putting it mildly when he writes that “the history of NT research demonstrates that efforts to reconstruct the historical Jesus have been beset by subjectivity and cultural bias (133).” He charts the many instances in which one scholar after another begins with the stated goal of uncovering the “real Jesus” only to end up with a cobbled-together portrait of a “Jesus” who looks suspiciously like the scholar himself. Hays proposes a list of “methodological guidelines” for investigating the historical Jesus (136-138). For example, the Gospel According to John should not be simply dismissed because of his theological emphasis and any reconstructed image of Jesus must account for both his lifetime of teachings and his death on the cross (137).

Christians who affirm the inspiration of Scripture may wonder what the point of all this is, but I found Hays to be helpful in this area. I want to be careful with the metaphor here, but imagine a police detective assigned to investigate assault claims who rejects any report that does not involve a stranger in a ski mask hiding in the bushes. In a similar way, modern secular scholarship tries to investigate the supernatural claims of the Bible while beginning with the presupposition that the supernatural is impossible.

Part 3’s focus on the Pauline writings includes the author’s look at salvation in Chapter 10, “Soteriology: Christ Died for the Ungodly.” Hays considers the question of whether Paul’s letters can be seen as narrative or instead, are they primarily concerned with doctrinal polemics and guidance for the early church? Could Paul be teaching soteriology through story? Like much of this book, this chapter forced me to reconsider some assumptions.

Hays explains that a soteriological narrative contains 3 basic elements (169-170). First, there is a state of deprivation involving sin and/ or corruption. Next, there is an event of some sort. Finally, there is release from deprivation resulting in salvation or liberation. With these criteria established, Hays argues that “… Paul’s statements about salvation are unintelligible apart from a narrative framework (170).” The author asks us to consider passages like 1st Corinthians15:1-28. In verses 3 through 5 Paul writes that Christ died for our sins in accordance with the Scriptures, that he was buried, raised on the third day, and that he appeared to Cephas, and then to the twelve. Christ’s death, burial, resurrection, and appearance are all events that occurred in time and space (172). The state of deprivation and release from deprivation that Paul and every believer experiences is indisputable. The before and after of the Christian life is graciously brought about by the triune God in connection with the Christ event.

While there is much to appreciate about Reading with the Grain of Scripture, there was a disappointing lack of interaction with or even mention of significant biblical scholars like D.A. Carson, Craig Carter, or G.K. Beale. To be fair, as I noted earlier, Hays admits in his introduction that, for the most part, he chose not to update his essays, some of which were written years ago. For example, Carter’s notable Interpreting Scripture with the Great Tradition and Carson’s massive The Enduring Authority of the Christian Scriptures had not been published yet. These minor quibbles aside, Richard B. Hays’ Reading with the Grain of Scripture is a worthy contribution to the literature on properly interpreting the Bible and the historicity of the Christ that it points us to. Recommended.