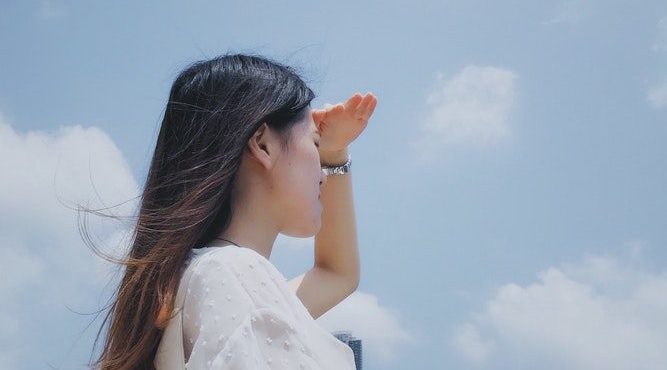 Boy. Guess I sort of tipped my hand right there in the title, didn’t I? I mean, unless you stumbled upon this post because you thought I was about to make the case that Bigfoot really does exist.

Well, I’m not. He doesn’t. Neither does the Loch Ness Monster. And neither do pastorless Christians.

The Exception Doesn’t Prove the Rule

Since I came out shooting first and asking questions later let me back up and qualify a few things. Does one have to have a pastor in order to be a Christian? Of course not. To become a Christian is to come under the supernatural influence of the Holy Spirit under the preaching, sharing, or reading of the gospel in such a way that one repents of his or her sin and comes to faith in Christ. No pastor needed there. Just the power of God in the gospel.

Furthermore, are there short seasons that occur in a Christian’s life whereby they might not be able to name a specific man or group of men as his or her pastor? Sure. And might there be other exceptions that I’m not thinking about whereby a genuine believer does not have a pastor? Of course.

But, my brothers and sisters, these are exceptions to the norm presented to us in the Scriptures, and they do not prove the rule. The consistent testimony of the New Testament, particularly in the Epistles, is that all true believers have pastors.

When Sick, Make an Appointment

If you’re not familiar with the New Testament’s understanding of the local church, then perhaps this verse hits you out of nowhere. Here James has just been telling you about your individualistic relationship with Jesus and now he goes involving the elders of the church!?

Of course, James isn’t instructing believers on individualistic Christianity because that’s not really a thing. The “Christian Living” of the New Testament is only rightly understood within the context of the local church. Again, we might find exceptions, but this isn’t the norm.

James wants those who are sick to reach out to their local church elders (synonymous with overseers and pastors) to have them pray. At the very least this implies that believers know who their pastors are, doesn’t it?

The author of Hebrews makes two startling statements in Hebrews 13. That is, they are startling if you subscribe to lone ranger Christianity or say things like “You don’t have to go to church to be a Christian” (and really mean that).

The first is in Hebrews 13:7 “Remember your leaders, those who spoke to you the word of God. Consider the outcome of their way of life, and imitate their faith.”

This isn’t all that controversial. But it does introduce the fact that Christians have leaders who teach them the word of God and that these leaders are to be imitated. The second statement, though, may ruffle up a few more feathers. It comes from Hebrews 13:17 –

Obey your leaders and submit to them, for they are keeping watch over your souls, as those who will have to give an account. Let them do this with joy and not with groaning, for that would be of no advantage to you.

These leaders who teach the word of God to you are to be obeyed because they are watching over your souls. And one day they will give an account to God for how they pastored you. There is no way for a professing believer to live out the reality of Hebrews 13:7,17 without having a pastor/group of pastors.

And Hebrews and James aren’t alone. Paul instructs us on the necessity of elders in Titus 1 and 1 Timothy 3. Peter instructs elders (which means it’s understood they are in every church!) in 1 Peter 5. Luke writes of elders at Jerusalem in Acts 11:30 and at Ephesus in Acts 20.

There are other places we could consider as well. My argument here is that the New Testament writers simply assume that Christians have pastors. Part of what it means to be a Christian in the New Testament is to be formally united with a local church that is led by qualified men known as Pastors/Elders/Overseers/Bishops.

Podcasts, Internet, and Television — Oh My!

The 21st century affords us many great opportunities to hear some great preaching. But let me caution you that podcasts, the internet, and TV cannot pastor you. You can’t call iTunes when you’re sick. You can’t imitate the way of life of people you only see from afar because, frankly, you don’t really know their way of life at all.

And in the 21st century, you should be able to text your pastor. Assuming you both have cell phones and appropriate data rates of course! But you get my point. Christians shouldn’t have to go through sub-biblical categories of persons in order to get in touch with their pastors.

Now, let me caution you — not everything warrants a pastor’s involvement. But when you do really need him, you should be able to get ahold of him. I don’t mean he can or should always drop everything he’s doing. I just mean to say the CEO mindset of pastoral ministry today in so many churches is not biblical.

Do You Know Your Pastor?

So, let me conclude by asking you a question: Do you know your pastor(s)? Can you name him/them? And if you cannot, this most likely means you are in spiritual trouble. See, you actually need a pastor. Not to “be saved” but you need one because Scripture shows us that pastors pray for you, instruct you, watch over you, and will one day give an account to God for your soul.

It’s not just that you shouldn’t be a Christian without a pastor, it’s that, biblically speaking, you can’t (please reread the exception paragraph above).

Now, suppose you can name your pastor. Can he name you? What I mean is, does he even realize that you claim him as your pastor? Is your membership in the local church actually meaningful? Are you there and serving and loving and living out the realities of the gospel in the context of the community of the local church?

They’re still searching for Bigfoot you know. They are out there making weird noises, setting up cameras, and talking with locals. But they won’t find him because he doesn’t actually exist. But they can keep playing their game. It’s not too harmful I don’t guess. Expensive, but maybe not that harmful. It’s not the same for pastorless Christians. Don’t play that game. It will cost you more than you can possibly imagine.