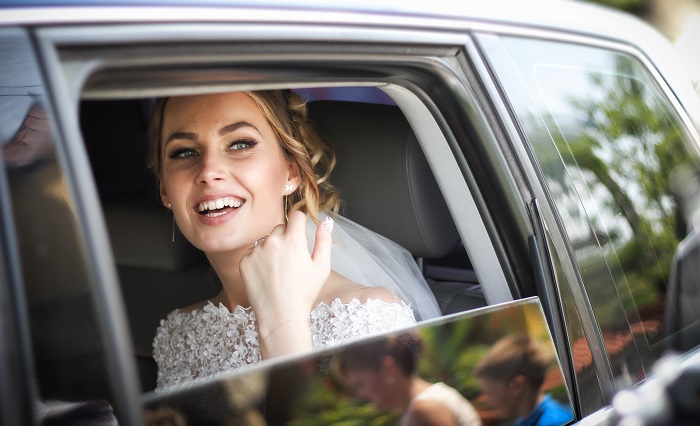 When we write or speak, we are communicating thoughts, and those thoughts either reflect biblical orthodoxy or they do not. Carelessness in speech, although not criminal, is still an outpouring of a heart that isn’t really striving for godliness (Matthew 12:36–37).

Here’s a list of three things I hear men say or see them write which I think should be reconsidered in light of the scriptures.

Of the three items in this post, this one is the most offensive to my biblical sensibilities. Wives are called a few things in Scripture: weaker vessels (1 Peter 3:7), subject to their own husbands (1 Peter 3:1), the one who was deceived and became a transgressor (1 Timothy 2:14). Certainly wives are also called a blessing elsewhere, but the point is there is not even a remote reference in Scripture to one’s wife being his ‘boss.’ Photo by Brooke Lark on Unsplash

Most of the time this phrase is tossed around, it is in the context of a decision a man is being asked about. Instead of answering or saying, “Let me talk to my wife, first,” men say something like, “I need to talk to the boss.” What cowardly treachery against the most high God and your own wife, dear friend! When you do this, you communicate a few things.

Maybe you will say, “But I do not mean it,” or “I call my wife that, but functionally she is not really the boss,” and my response to you is “Stop that!” Use words as they ought to be used and communicate godliness in all ways. Let the world around you, (your neighbors, your kids, and even your spouse), know that you value your wife above all others, even her opinion too, but that you and she both agree with God and the roles He’s assigned to wives and husbands.

We all know the phrase, “my better half.” It has a nice, humble, ring to it. It’s an explicit acknowledgement that you are one flesh with your wife, and it is an attempt to lift her up in a sense. But there are a few problems with this phrase, in my opinion.

But even if you did, what does that mean? Better is a seriously subjective word which requires context that is never given. Is your wife a better preacher than you? Is she a better dad? There are so many different roles men and women play, the term ‘better’ is useless at best, and misleading at worst, since you could never really know what she is actually better at. Is someone supposed to believe she is really better at everything?

What about the things that are virtues we all strive for as Christians? Is she a better forgiver? Is she a better prayer? Does she have more patience? Let it not be so, good man. You are the leader of that home and if you can take an honest look at yourself and see how much better your wife is at everything, repent and get that fixed! Become more patient, improve your prayer life, become a leader she can follow! I especially find this reprehensible when pastors use this phrase. The shepherd must have more sense than the sheep!

I am not saying that every man must exceed his wife in every virtue. What I have shown is that, frankly, I don’t think the unqualified term ‘better’ is at all useful. I believe that your wife may do very well in many areas and, if things are as they ought to be, you should be leading your wife in many areas of spiritual development. She should be able to look up to you as a model of Christian virtue and fruit of the Spirit.

So call her ‘your wife,’ or ‘your sister in Christ.’ If she has Christian humility she knows she is no better than you, so your compliment is empty of any meaning to the one person it should be aimed at. Cherish her and adore her—in spite of her imperfections—and do not exaggerate her goodness, but boast in Christ alone, my friend!

An old friend taught me this one. He was trying to be humble and he said he thanks God for desperate women. The intention was clear, he was saying his wife could have gotten a much better guy. Haha. But it didn’t come across like a compliment to his bride! She was insulted. Not only was she bothered by the implication that she was desperate, but the fact of the matter was that she really liked her husband.

She thought the world of him. She considers him handsome and manly and godly. So when he was taking a shot at himself through self-deprecation, it actually was taking a shot at her, too. Women aren’t attracted to (generally)—nor are they impressed by—men who lack confidence and exhibit high or low self-esteem.

A woman isn’t made to feel good about herself because she landed a man who is ugly and has nothing to offer the world. So it is no compliment to act that way. Be the man God made you to be; don’t overestimate your ugliness any more than we ought not overestimate our good looks. But know that the person who matters most actually thinks you’re pretty cute, and let her enjoy that without the need to draw attention to yourself by referring to yourself any other way.

For What It’s Worth

Dear friend, these are not hard and fast rules (except maybe the first one), but suggestions for thought as you consider how the language you use affects those around you and the impression people have of you as a Christian man. Do your best to always use words in ways that communicate biblical truths or ideas that do not contradict Scripture and allow your godliness to be evident to all men through truthfulness, real humility, and clear, public adoration for your wife.