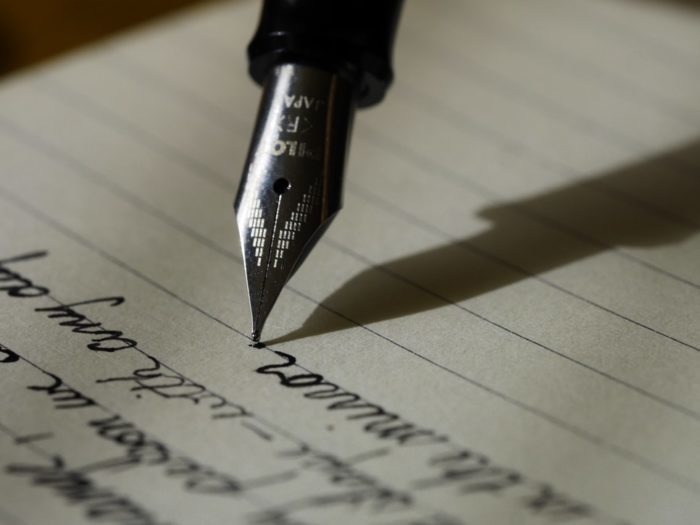 Young, Restless, and Unemployed: The Resignation Letter from My First Pastorate

The date was October 10, 2010, at a Southern Baptist Church in a community of about 3,500 people. At 24 years old I accepted my first call to pastor. That’s quite a bit older than some (think Charles Spurgeon!). But not quite as old as maybe some of you reading this.

I made it 12 months. On October 16, 2011, as a 25-year-old with a wife, two young sons, and a daughter on the way, I resigned from my position as pastor after some of the most grueling months I have ever had in ministry. In writing this, I still feel some of the pain.

I came to the church in May of 2009 as the Associate Pastor of Students. The pastor left in December, and I began to preach most Sundays. After a few failed attempts at finding the right man, I requested to be considered and the search committee approved and presented me to the church.

To be fair, I knew what I was getting into. The church was considered a “tough” church by other ministers, but I had the zeal of a man in his mid-20s. Preach the word and see God work! See hearts change! See people converted! See a church revitalized.

Only for me, that didn’t happen. I made plenty of mistakes for sure. I’ve learned so much since then, and there are several things I would tell my 24-year-old self to do differently. Of all books, it was Philippians that I preached through—and that ruffled a lot of feathers.

My argument was that the gospel changes us, that saving faith is more than a sinner’s prayer, and that Christ is Lord of the believer’s life in all areas. One couple told me I was accusing their son who hadn’t been in church in 20 years or so of not being a Christian (I never said that, but I think they were seeing obvious implications from the Bible). Another time a deacon there told me that Philippians 2:1-4 was “pie in the sky” stuff. It was “utopian,” he said and not really how we were expected to live.

At the end of the day, that culture’s defintion of Christianity ran counter to the Bible’s definition. Sadly, there are many churches in the Bible Belt and beyond with the very same problem, albeit expressed in various ways.

Anyway, the “Reformed” moniker eventually began to be used (by others, not me) even though that had never been the issue. Things eventually came to a head, and there were enough people “against” me that my wife and I felt we had no other option but for me to resign. This also affected the new youth pastor and his young family as he was asked to step down. Thus, the letter you’ll read below. But before we get to that, let me share why I’m sharing this letter with you, as I have a few people in mind.

Take this opportunity to pray and thank God for the opportunity you have to serve in a healthy church. Love those people well. Serve them with joy.

Don’t take complaints from parishioners of a church without guiding them to talk with the pastor. And then follow up and make sure they have done so! And if they haven’t, go with them. Do what you can to prevent pastors from being blindsided.

A quick story: I had a denominational leader tell a pastor friend of mine that I had quit giving invitations. This was not true! But the leader never came and talked with me about it. I wish he would have so I could have corrected something that I didn’t realize had become an issue.

Remember, leaders, the denomination’s power is in the local church. Do what you can to help strengthen local churches by being a resource to the pastor.

You are not alone. Others have gone before you and the Lord has always proven Himself faithful. There are men out there you can talk to. The tears that stain your pillow at night aren’t the first that have fallen from a pastor’s eyes. Find a faithful brother to talk to. Continue to seek the Lord in His Word. Above all, be wary of letting bitterness creep in and ruin your life.

Search your own heart and confess your failures, sins, and shortcomings as a pastor to the Lord. Repent of them and show yourself faithful. And as much as you are able, keep leading. There have been many men who’ve stuck with it and seen the Lord turn the church around. That didn’t happen in my situation, but maybe it will happen for you.

As difficult as your situation is, surely you can find a genuine believer or two in your midst. Pour into them as you are able. And there may come a time for you to leave. I think that’s ok too. But as you remain, be faithful and let there be no compromise of integrity on your end.

I do not desire to exalt the pastorate higher than it should be, but please understand the burden any pastor carries, including yours. Pray for them. Encourage them. Love them. Don’t let others gossip about them. If there is an issue, don’t have secret meetings, go to the pastor.

Pastors are not infallible, and some do commit disqualifying sins in the course of their pastorate. They should be confronted and removed. But many young pastors just make dumb mistakes and they need you to love them through it, counsel them, and be a friend to them. This is not meant to excuse foolishness or pride, but some grace needs to be available.

So many times pastors feel as though they are standing for the truth alone. Don’t just “not talk bad about him” but also stand with him. Let it be known to him and others that you stand with him, as difficult as that might be for your reputation in the community. The Lord will honor your stand for truth even if no one else in the congregation stands with you.

With those exhortations in mind, here is the letter from October 16, 2011. I’ve changed the church name, town names, and the other man’s name mentioned in the letter. Other than that, it remains the same. This is sort of vulnerable for me, but the motivation for this is to be a help to others and I hope it serves that purpose accordingly to the glory of God.

Here is the letter:

To the Members of Christ’s Church:

I am grateful for the opportunity to have served here in the capacity of Associate Pastor and Senior Pastor since May of 2009.  The Lord has truly blessed me with some of the lifelong relationships we have built here. I came here in 2009 with long term vision and that continued when I accepted the church’s call as Pastor in October of 2010.

I knew from the beginning that this was a tough church as stated by former pastors, workers at the Baptist building in the city, members of this community, and by my own observations as a young minister. Still, I accepted the call with high hopes for a great revival to spread here such as has not been seen in any of our lifetimes.  I wanted people to truly know the Jesus of the Bible and to experience Him in the way that He intended.

But alas, revival did not come. Instead, as the Word was preached there were birds of the air that caught the seed before it could be planted. Instead of the Gospel planting deeply in the hearts of the people, dissension was sown and there began to be great murmurings among the ranks of the members.  Unfortunately, I was not aware of the discord and failed to handle each and every situation with as much care and as much prayer as necessary.

The situation seemed to snowball until its culmination here tonight with me standing in front of you reading a resignation letter. I must stress, this is not something I want to do but after meeting with the deacons on several occasions, and feeling that the majority of them and their wives, and maybe even the majority of the church, want me gone, I feel my only option is to resign my duties as Pastor.

I carry a lot of hurt right now and perhaps even some wounds that may take some time to heal but I can honestly tell you I am striving to rid my heart of all bitterness. This does not excuse the actions of some of our members but it does mean that I must continually remember that God has extended to me grace upon grace and I must extend that to others even when the feeling is not mutual.

Beloved, I must make it plain to you that finding a new pastor will not fix the problem here. Please spend time searching the Scriptures and your hearts and pleading with the Lord to show you the areas that you need to repent of both individually and corporately.  With that being said, I hope that you will forgive me for some of my mistakes as a pastor. Forgive me for not showing my love for you in all times and all places. Forgive me for not standing up to some as much as I should have. Forgive me for the other mistakes I have not mentioned that the Lord will bring to my mind as I continue to reflect on all that He has done with me here at FBC.

I am leaving confident that, although not perfectly, I have preached to you nothing but Jesus Christ and Him crucified. I know that N did the same and I hate that for many here he never really got a fair shot at serving you. I hope that all of us will learn from this and that the Lord will use it to mold us more into the image of His blessed Son.  With that being said I do once again sincerely thank this church for the past 2.5 years we’ve shared life together. Contingent upon the church’s approval of the proposed severance package, I hereby resign as the Pastor of Christ’s Church. Effective immediately.