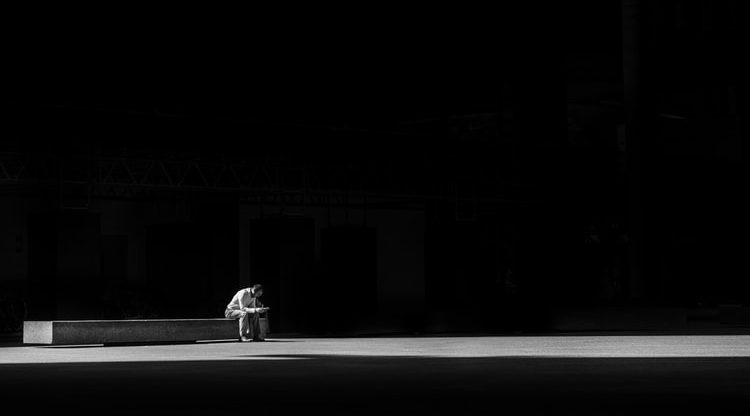 Why it’s Not Good for Man to be Alone

Our church has slowly been making its way through Genesis 1–11 on Sunday mornings.  It has been so amazing to see how important these chapters are to contemporary events. The Bible truly is living and active!

Then the LORD God said, “It is not good that the man should be alone; I will make him a helper fit for him.”

Here is the first bit of tension in the Genesis narrative. Something is not good. As an aside let me reiterate that the determiner of what is “good” and “not good” is not the collective agreement of a society, but God Himself. What God declares good is indeed good and what He declares not good is indeed not good.

But, for today’s post, why is it not good for man to be alone? Let me give you four reasons.

“Not man alone, nor the man and woman together, but only the whole of humanity is the fully developed image of God, his children, his offspring. The image of God is much too rich for it to be fully realized in a single human being, however richly gifted that human being might be. It can only be somewhat unfolded in its depth and riches in a humanity counting billions of members” (Reformed Dogmatics, Vol 2., 577).

The Bible has a very high view of women. The feminist movement that either twists the Bible or rejects the Bible because it thinks it is oppressive is not really seeing the Bible’s high portrayal of the female.

Adam cannot be fruitful and multiply alone (see Genesis 1:28). It is not good for him to be alone because the human race does not come into existence with only him.

It’s interesting, isn’t it, that inside Adam from the beginning was the DNA for female. I don’t merely mean God using his rib, but also God has designed men to provide an X (female) or a Y (male) chromosome to the woman’s X chromosome to come up with either (XY) male or (XX) female.

My point here is this: It takes a biological man and a biological woman to procreate. For God’s glory and our good He has given two genders in order that human beings should procreate. There are vast implications we could make here on the heinousness of abortion and the wickedness of gender rebellion, but we must leave those for another post.

Procreation in the marriage relationship is an integral part of human existence. Granted, there are exceptions to people marrying and married couples having biological children, but the norm of human history has been a man and a woman marrying and having children (one reason being because it’s not good for man to be alone).

Thirdly, God made a woman to complement Adam. That’s not compliment like “Gee Adam, aren’t you so strong!” It’s complement with an ‘e,’ which has the idea of completing. The phrase “fit for him” in Genesis 2:18 literally means something like “one opposite him.” God was going to make one like Adam and yet opposite Adam in a way.

And here is one reason why: love is beautifully expressed when we love those “not like us.” Perhaps a contemporary illustration will help. The LGBTQ+ mantra is “love is love.” They want to argue you can love who you want to love romantically and it doesn’t matter. But let me offer this illustration: Homosexuality is the height of narcissism. It is essentially saying “I love myself so much that I want someone just like me to love.”

But in a marriage between a man and a woman you have someone opposite you by God’s good design. You love someone who thinks differently. You don’t love a clone of yourself but someone who has a different role who complements you. Eve was to be a helper to Adam, which doesn’t imply her inferiority or Adam’s superiority but highlights the need for both male and female complementing one another to carry out God’s good design for humanity.

So, I think it’s important to highlight that God did not only give Adam a wife so that they could populate the earth (that’s important for sure!) but for another important aspect. And this is where I would argue we see the moral law come into play. Adam was to love God with everything and to love his neighbor. Yet, he doesn’t have a neighbor! But God made him one.

Mankind is a social being. That’s why in prison “solitary confinement” is a punishment. It’s hard to be alone. It’s why churches must be mindful of those in their congregations who are alone. It’s tough to be alone because by God’s design we are social beings.

This should not surprise us when we understand the triune nature of God. The persons of the trinity have never been alone! God is eternally relational. He is not in need of humanity to express His relationality. And so, it’s no surprise that God would not just make a “person” but people.

And this idea leads me to my last point on why it’s not good for man to be alone:

From the very beginning, God is about a people. Individuals can worship God, but the beauty of God’s design is that He is after a people for Himself.

American Christianity is very “me” centered. But at its core, the gospel is not merely about “me” but “us.” Christ came to redeem a people (Titus 2:14). To love God involves loving others. I might press this point further of loving others not like us. That is, a church can become narcissistic when it only seeks to love people who look, act, and talk the same, has the same interests or the same socioeconomic status.

Because of our selfishness, it’s easy to love people just like us. It’s harder to love those who think and act differently than we do. What I’m getting at here is that God is glorified in a diverse people surrendered to Him in worshipful obedience. God didn’t clone Adam. He made a woman who was both like Adam and not like Adam so that He could have a people to worship Him. From the beginning, we were never meant to worship alone.

So much more could be said about this passage! And perhaps I’ll blog some more on Genesis 2 in the coming weeks. But for today, let us praise God who is the great designer. How wonderful are the two (and only two) genders of humanity! How wonderful it is that we were not made to be alone. How good God is to His creation. How good God is in calling a people to himself.