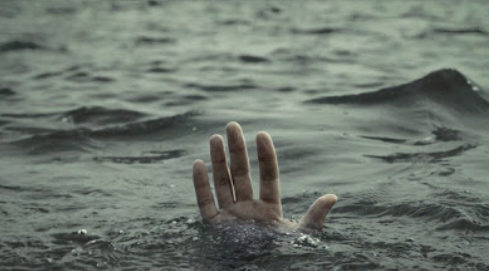 Assurance: “How Can I Know I’m Really Saved?”

How do you know you are really a Christian?  Do you really know you are going to spend eternity in Heaven when you die? Are you sure you are actually right with a just and holy God? Can a true Christian lose their salvation? I recognize there is a danger in addressing this topic. There is a risk of harsh truths causing the struggling but genuine believer to doubt even more. At the same time, avoiding truth and going soft on the gospel may cause the self-deceived false convert to continue in their lostness. Despite the risks and uncomfortable implications, the question has to be asked because God’s word commands us to seek assurance. Paul writes that we are to examine ourselves to see if we are in the faith (cf. 2 Cor. 13:5). Peter tells us to make our calling and election sure (cf. 2 Peter 1:10). With this in mind, let’s look at the question of assurance of salvation.

The Struggle Is Real

Why do some Christians struggle with assurance of salvation? Charles Ryrie provides four possible reasons.[2] First, a believer may doubt the reality of their commitment to Christ. This may be connected with an inability to pinpoint the exact date the person received Christ. Those who experience a radical conversion and lifestyle change normally do not struggle in this area. Ryrie explains that “No one grows into conversion. But we do all grow in our comprehension of conversion.” If the ability to pinpoint the exact date of conversion is necessary for salvation then every person with Alzheimer’s or other forms of memory loss would be unsaved.

Secondly, some have doubts about the “correctness of the procedure” they went through. This gets to the very real danger of the lost thinking they are saved simply because they walked down an isle, said a prayer, or signed a card. David Platt famously (and infamously) dared to question the use of “The Sinner’s Prayer” for this reason. There is real danger in thinking that the methods used to give an invitation to receive and rest on Christ are the means of salvation. In other words, as many evangelists have seen, there are those who think they are saved because they walked the aisle and said a prayer.

Thirdly, one can lack assurance because they have doubts about eternal security, the doctrine of “Perseverance of the Saints.” As Dr. Sproul pointed out, the word “perseverance” can create the false impression that believers keep themselves saved by their own strength. Those who struggle in the area often point to the so called “warning passages” in Hebrews, which interpreters have debated for hundreds of years.

The fourth and final reason Ryrie gives for a lack of assurance is caused by the presence of sin, often serious sin, in a believer’s life. This may involve the false belief that a true Christian is incapable of committing certain sins. The struggling believer may assume that the presence of ongoing sin is evidence that they were never really saved. Joel Beeke has it exactly right, “Those who persist in low levels of obedience will experience, at most, low levels of assurance.”

Can You Really Know For Sure?

Is it really possible to have assurance of salvation in this life? Some in the Roman Catholic tradition have answered with a very clear “No”. The Council of Trent (1545-1563) said “… no one can know with a certainty of faith, which cannot be subjected to error, that he has obtained the grace of God.” Cardinal Robert Bellarmine (1542-1621) went so far as to claim, “The principle heresy of Protestants is that saints may obtain to a certain assurance of their gracious and pardoned state before God.”[3] Rome’s stance on assurance may not offer much comfort to struggling believers but it is understandable from their perspective. If, as Rome teaches, grace is necessary but not sufficient for salvation, what motivation is there to pursue holiness and obedience to God?

The Bible plainly teaches that it is possible to be deceived about our standing before God. The wisdom in Proverbs cautions that there is a way that seems right but leads to destruction and there are those “who are clean in their own eyes but are not washed of their filth” (cf. Pro. 14:12; 30:12). Christ himself gives a chilling warning that not everyone who calls him “Lord” will enter into the Kingdom of Heaven (cf. Matt. 7:21-23). There are those who will hear from him, “I never knew you, depart from me, you workers of lawlessness.”

Now, back to the warning passages in Hebrews. The writer of Hebrews spends a great amount of time drawing from the Old Testament and pointing to Christ as the great high priest who fulfills the sacrificial system. You can almost hear the pleading, “Don’t go back there! Look to Christ!” Chapters 5 and 6 of Hebrews contain what have become known as the warning passages (cf. Hebrews 5:11-14; 6:1-8). The text of Hebrews 6:4-6 says “…it is impossible, in the case of those who have been once enlightened, who have tasted the heavenly gift, and shared in the Holy Spirit, and have tasted the goodness of the word of God, and the powers of the age to come, and then have fallen away, to restore them again to repentance.”

Does Hebrews 6 teach that you can lose your salvation? We first have to think carefully about the phrases “once been enlightened,” “tasted the heavenly gift,” “shared in the Holy Spirit,” and “tasted the goodness of the word of God.” This may imply salvation, but is that what Hebrews actually says? If the writer to the Hebrews wanted to teach that genuine salvation could be lost, he could have been much clearer. As it is, Hebrews 6 does not say it is impossible for those who were “justified” or “repented and believed” and then have fallen away, to restore them to repentance. The text seems to be describing a someone who may have experienced an encounter with God but not a genuine conversion from unbelief to saving faith.

Thankfully, the writer to the Hebrews 6 did not leave us hanging after the warnings in verses 4-6. In verse 9 he goes on to say “Though we speak in this way, yet in your case beloved (ie. believers/genuine Christians), we feel sure of better things – things that belong to salvation.” The warnings about falling away are sincere but so is the writer’s confidence in the salvation of his audience of beloved believers as well as his desire that they have “full assurance of hope in the end” (cf. Heb. 6:9-11).

I write that you may know

Many pastors encourage those who struggle with assurance to read through the book of 1 John. This is for good reason since John makes it clear he wants his audience to know assurance of salvation. He tells us “I write these things to you who believe in the name of the Son of God that you may know that you have eternal life.” (cf. 1 John 5:13).

Charles Spurgeon made his position on assurance clear when he preached on 1 John 5:13:

John wrote that we might know our spiritual life to be eternal. Please notice this, for there are some of God’s children who have not learned this cheering lesson. The life of God in the soul is not transient, but abiding; not temporary, but eternal. Some think that the life of God in the believer’s soul may die out; but how, then could it be eternal? If it dies it is not eternal life. If it is eternal life it cannot die. I know that modern deceivers deny that eternal means eternal, but you and I have not learned their way of pumping the meanings out of the words the Holy Spirit uses. We believe that “eternal” means endless, and that if I have eternal life, I shall live eternally. Brothers and sisters, the Lord would have us know that we have eternal life.[4]

So what about you? Are you resting on Christ alone as your savior? Do you know that you have eternal life? If not, repent of your sins and believe on Jesus Christ right now, where ever you are. If you have already experienced this but still struggle with being sure, believe God’s word when He tells you that nothing can snatch you out of his hand.

A version of this article previously appeared at TCB Media.