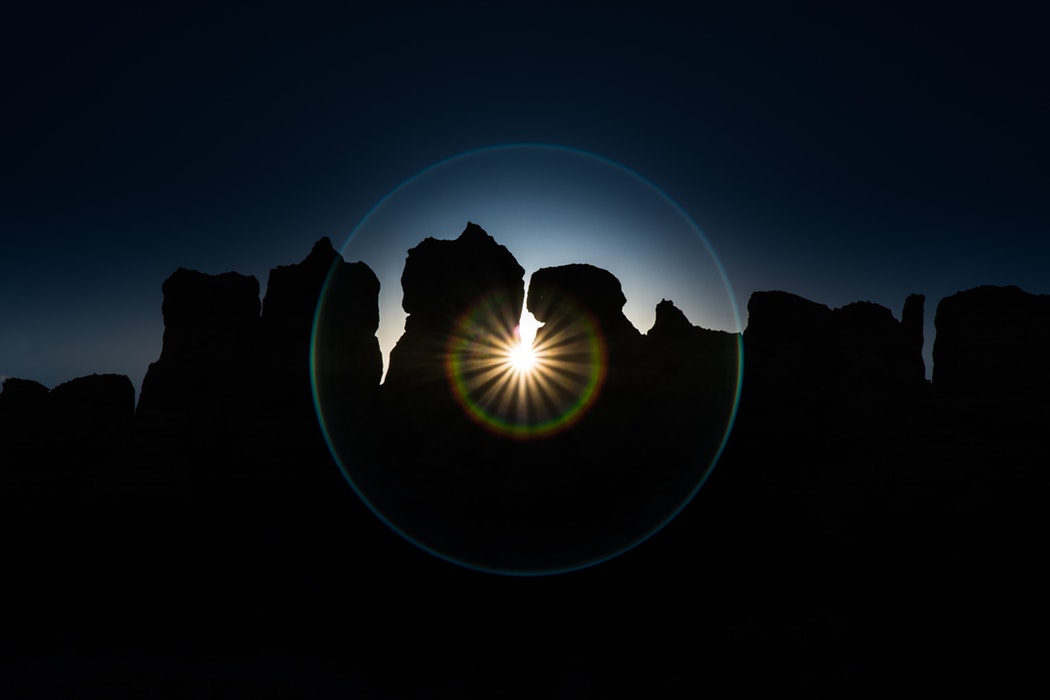 It means ‘after darkness, light’ and it’s hanging on the wall in my Study and features the pictures of John Knox, Jonathan Edwards, William Tyndale, Martin Luther, and John Calvin.

I’m all for free candy, and I think it is certainly permissible for children to dress up and pretend (although I certainly don’t advocate demonic costumes, even in jest!). However, it’s not Halloween that I want to draw attention to this October.

Whatever you plan to do or not on the 31st, I hope you will also plan on remembering this important day for another reason:

It was on 10/31/1517 (501 years ago!) that Martin Luther nailed his 95 theses on the door of the castle church in Wittenberg (Germany). And while God was working in His people for centuries prior to this (think Hus, Wycliffe, Peter Waldo, etc.) it is on this date that we remember the dawning of a new age in Christian history.

But really it wasn’t a new age as much as a recovery of the old age. Or to put it more succinctly, the Protestant Reformation, which is credited as beginning 10/31/1517, was a recovery of biblical Christianity. Although it wasn’t his original intent, Luther’s nailing of his 95 theses was the mallet heard round the world. (Or at least the West)

As people began reading the Bible in its original language and also in their own language they began to see the dark corruption that Roman Catholicism had become during the middle ages (and while there have been moral reforms within Catholicism, we must sadly affirm that it is still antithetical to the true gospel to this day). This form of ‘Christianity’ had built itself around working for one’s own salvation and included much baggage invented by men that weighed people down instead of freeing them through Christ’s gospel.

Luther’s theses documented the problems with the Roman Church (particularly with indulgences which are still around today). They were copied (thanks to the newly invented printing press) and spread like wildfire throughout the region. And while his hope was to reform Catholicism, Luther’s work instead began a break with Rome that has, thankfully, lasted 500+ years. We wouldn’t agree with everything Luther believed, but it was the impetus for continued reformation.

The light of the gospel broke through the oppressive chains of man-made, merit-based religion and sparked the greatest revival in Christianity since perhaps Acts 2 (which might not technically classify as a revival since it was the very budding of Christianity!). This is not to imply that everyone between 400 – 1517 was lost. But it is to point out that much of what passed as Christianity in the Middle Ages was not light, but darkness.

Here is a brief summary of the 5 principles that were the foundation of the Reformation:

It is the Bible, not tradition, that is the final authority for the Church. This doesn’t mean that tradition is not important. But it does mean that where tradition and Scripture differ, Scripture wins. Scripture alone is our highest authority and is all sufficient.

Because of the Protestant Reformation, you can read the Bible in your own language! Men like William Tyndale, and others, at the cost of their own lives, translated the Bible into English (which was the foundation for the KJV in 1611). If nothing else, you should be reading your Bible this coming Wednesday and thanking God that you have a copy in your own language! Something the large majority of Christians in 1517 did not have.

Our salvation is by grace alone. We are saved not because there is something good in us, but in spite of the fact that there is nothing good in us. Despite our evil hearts (Jeremiah 17:9) and love of sin (Romans 3:10-18) God saves sinners by His grace. It’s not grace plus what you add to it, as if your adding to God’s work could merit you anything. It’s grace alone. And this grace is enough! It is wholly sufficient and efficacious to do with us what God has intended.

We deserve wave after wave of wrath, but instead God has lavished on us grace upon grace. How marvelous!

Salvation is by grace through faith (Eph. 2:8-9). The Roman Catholic church does believe in grace and faith but it believes these things must be mixed with our own works in order to secure salvation. But when you mix grace and works, you lose grace.

Sola Fide means that by faith in the person and work of Christ alone we are actually credited with His righteousness. In other words, by faith alone in Jesus, God treats us like Him – because at the cross He treated Jesus like we deserve to be treated.

Salvation is by works. But it’s by the works of Jesus! And by faith alone in Him, we get credited with all the work that He has done.

Salvation is by grace alone through faith alone, in Christ alone. Faith in faith is futile. We aren’t merely people of ‘faith’ but Christians are people of faith in Christ. Faith must have the proper object and that object is a person, namely, Jesus the Son of God.

Our faith cannot be in ordinances or sacraments. Our faith cannot be in our own good behavior or merit. It can’t even be in the ‘Reformation’! Our faith must rest on Christ alone. This faith isn’t the absence of reason. It’s not a ‘leap in the dark’. But it is an affirmation of the facts of the gospel as well as a resting of all that we are in Christ and trusting His work alone for our right standing with God.

By faith, we are united with Christ and can be assured that all the blessings He secured in His life, death, and resurrection for His people, are ours.

The chief end of salvation is not actually about us. It is about the glory of God in His rescuing of unrighteous rebels for His own eternal glory. God has called us, saved us, and sanctifies us for the sake of His great name.

Salvation from beginning to end is about the glory of God. The above Reformation principles don’t mean that we live unholy lives, but rather because salvation is by grace alone, through faith alone, in Christ alone, we can rest assured that believers’ lives are going to be lived to the glory of God. We will be a people holy, set apart, and living for Jesus. And this won’t be a ‘holiness’ as manifest in man-made rituals, but a holiness that is derived from a life changed by grace that is seeking to live for the glory of God in all that we do. Salvation is not about exalting man and what he has done, but about exalting God and all He has done by His grace and for His glory through the person and work of Christ the Son.

So, I hope you will be celebrating this Wednesday, October 31st. One of the greatest things you can do is take your family to a midweek service at your local church.

Take this opportunity to teach your children about the Reformation. Don’t let secular history books gut the Reformation to only be something about political maneuvering. It was much more than that! It was about God bringing light into darkness and rescuing people through the gospel for His own eternal glory. Something He is still doing today!

The Reformation still matters as not only do we continue to reject the false teachings of Roman Catholicism, but also any false teaching that seeks to corrupt the gospel and take away from the glorious truth of God rescuing sinners by grace alone through faith alone in Christ alone for His glory alone. May we be committed to Scripture alone as our highest authority and people ever ready to defend the faith once delivered to the Saints.

Take time 10/31 to thank God for sending the light of the gospel to you and pray for your pastor(s) as they seek to uphold these principles for the glory of God. Perhaps as you think of God’s grace to you in the gospel, you will take the opportunity Wednesday to share the truth of the gospel with a neighbor, friend, family member, or coworker.

Let me recommend a few books for you to get more acquainted with the Reformation:

Why We’re Protestant by Nate Pickowicz.

Rescuing the Gospel by Erwin Lutzer