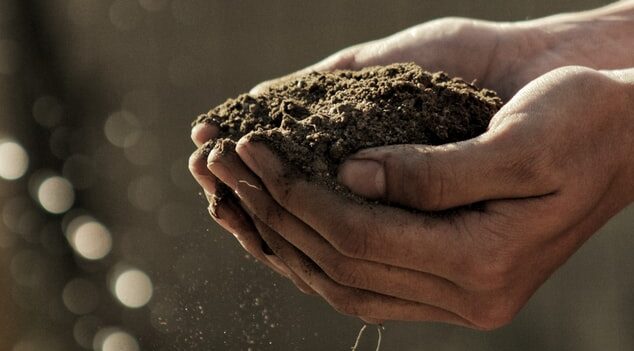 Why Genesis 2 Teaches a Covenant of Works – Part 1

In the Garden of Eden, there lived a king named Adam. God gave Adam, the first man, a mission to further this kingdom over all the earth. God would reign through the man He had appointed as the federal head of the human race (cf. Gen. 1:31). The key to this paradise was that Adam would serve as a king under authority. He was to live gladly under God’s kingship over him and love God with all his heart, soul, mind, and strength.

This relationship between God and Adam is expressed through a covenant commonly called the Covenant of Works.[1] Adam represented all mankind in the Garden and his meeting or failing the conditions of this covenant not only would affect him but all his posterity. Before fleshing this out, we need to consider Genesis 2:15-17 which says,

The Lord God took the man and put him in the garden of Eden to work it and keep it. And the Lord God commanded the man, saying, ‘You may surely eat of every tree of the garden, but of the tree of the knowledge of good and evil you shall not eat, for in the day that you eat of it you shall surely die.’

No little controversy lies at the heart of this text in terms of whether or not it actually presents a “Covenant of Works.” Caution must be exercised here as the love of God and His Scriptures demand rightfully dividing the Word of truth. Careful consideration of this text, however, not only proves a Covenant of Works, but also sets the entire trajectory of the rest of the Bible. That is, to miss the overarching point of Genesis 1-3 is to miss one of the crucial storylines of the Bible. Not only was the Covenant of Works the key to Adam remaining in his Edenic paradise, but it is also the key to any other soul entering into an eternal paradise with the triune God.

The doctrine of the divine covenant lies at the root of all true theology. It has been said that he who well understands the distinction between the covenant of works and the covenant of grace is a master of divinity. I am persuaded that most of the mistakes which men make concerning the doctrines of Scripture are based upon fundamental errors with regard to the covenants of law and of grace.[2]

The first thing many who oppose the idea of a Covenant of Works cite is that nowhere in Genesis 2, or anywhere in the Bible for that matter, is the phrase “Covenant of Works” mentioned. John MacArthur and Richard Mayhue, for example, explicitly write, “Scripture makes no mention of a covenant of works.”[3] This is true, as far as the terminology goes, and it is not an insignificant point. However, upon further reflection, the argument is not as weighty as it first appears.

First, just because a word or phrase is not mentioned in the Bible does not mean that it is not a biblical concept. For example, Genesis 1:26 says, “Let us make man in our image…” At the very least this seems to be an allusion to God’s triunity. However, the word Trinity is not mentioned here. In fact, the word “trinity” is not mentioned anywhere in the Scriptures, though God clearly reveals Himself in the Bible as One eternal God in three co-equal, co-eternal persons. Thus, “Trinity” is a biblical word even if the term itself is not found in the Scriptures.

Secondly, Genesis 2 itself gives us another important example. Consider Genesis 2:22-24:

“And the rib that the Lord God had taken from the man he made into a woman and brought her to the man. Then the man said, ‘This at last is bone of my bones and flesh of my flesh; she shall be called Woman, because she was taken out of Man.’ Therefore a man shall leave his father and his mother and hold fast to his wife, and they shall become one flesh.”

There are two things most commentators agree that these verses are describing. The first is marriage.[4] John Calvin, for example, says, “What God proclaimed earlier, that it was not good for the man to be alone, is ratified now in reality when he joins the man and the woman in marriage.”[5] Secondly, marriage in these verses, and in the Bible, is a covenantal relationship.[6] Matthew Henry, commenting on this passage, says, “[T]his lovely creature, now presented to [Adam], was a piece of himself, and was to be his companion and the wife of his covenant.”[7] Yet, while Genesis 2:22-24 does describe the covenant of marriage, neither the word “marriage” nor the word “covenant” is mentioned in the text. Does this mean we should not understand this passage as a covenant marriage between Adam and Eve? Of course not. Just because these words are not mentioned explicitly in the text does not mean that the concept itself is not clearly revealed.

To further substantiate the argument that Genesis 2 describes a Covenant of Works, consider Hosea 6:7 which says, “But like Adam they transgressed the covenant.” It is grammatically possible that this verse is referring to a location named Adam or simply the word “man” instead of the literal Adam. However, there is no record anywhere of a covenant made at “Adam” nor would the context make sense by just translating the word “Adam” as simply “man.”[8] Because Genesis 2:15-17 gives evidence for a Covenant of Works, as will be explained later, the simplest reading of the Hosea 6:7 is that it is actually referring to the original covenant that existed between God and Adam in the Garden and in which Adam transgressed.

Finally, as we seek to answer the objections to those who would say there is no Covenant of Works in Genesis 2, two additional arguments can be made. First, In Genesis 2:15-17 God’s covenant name, Yahweh, is used. It is not an insignificant point that Moses moves from using Elohim only in Genesis 1 to יְהוָ֣ה אֱלֹהִ֔ים (Yahweh Elohim) in Genesis 2. Secondly, the Hebrew word for covenant is used with Noah in Genesis 6:18 without God needing to explain to Noah what a “covenant” was. This is because there had already been a covenant established with Adam, and because the only way God relates to man is through covenant as had already been demonstrated in the Garden. In other words, Noah understood what it meant to relate to God through covenant because God had already done so through Adam.

In the next post, I’ll give some positive examples of why there is a covenant of works in Genesis 2.