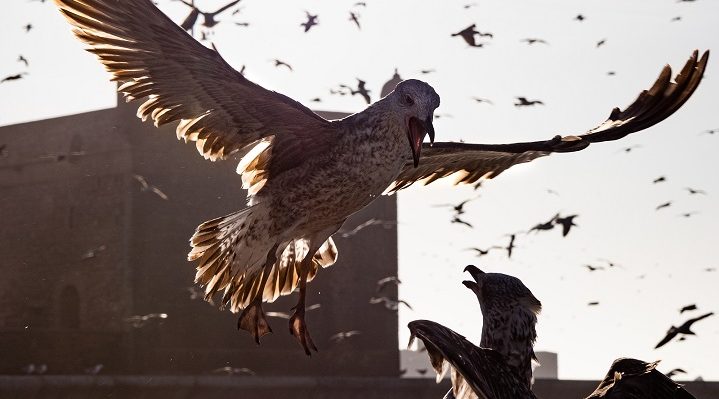 The Enemy Of My Enemy

Alyssa Milano is an outspoken hypocrite for the Democratic party in the USA. You can do your own work to verify this. But it’s the recent public kerfuffle between Milano and her Charmed co-star Rose McGowan that is the fodder for this post. Let me sum it up: The problem is that “the enemy of my enemy is my friend” is an unbiblical, pithy concept. Its effect can be seen in the support of people one normally wouldn’t support and can lead to unrighteous alliances.

I get the concept. When I ask people their top two favorite football teams and they say “Oh, this team and whoever is playing Notre Dame,” I chuckle and see what they mean. But when it comes to watching the kingdom of Satan crawl over each other to condemn each other, it’s neither funny nor worth taking sides in.

Don’t be charmed. Even by the idea of owning a lib.

Hypocrisy is Bad, But Maybe There Are Worse Things

For example, Rose McGowan hates Alyssa Milano’s hypocrisy. This is exciting for us when we want to point out Milano’s hypocrisy. And McGowan is right — Alyssa Milano is obviously unprincipled in her endorsement of Joe Biden. Rather than sticking to the principles which she acted as if guided her attempt to tear down Kavanaugh’s character, she has thrown them aside because, well, it seems that opposing Trump is the greater good, in her estimation. Peter Heck handles this discussion superbly here: #MeToo Died. The problem is that McGowan’s position is still reprehensible. McGowan would have us continue the unrighteous path of believe every accuser (especially women, I guess?)

In fact, Milano’s modified stance is more righteous than her former stance. Sure, it’s unprincipled, but it’s “better” than “believe all women.” I know, I know: Milano is picking and choosing which women to believe based on her political affiliations—but that’s actually more aligned with truth than McGowan’s stance. Thus, the fact that Rose knows Alyssa to be a shill may confirm what we thought about Milano…but it doesn’t make McGowan a friend-in-arms suddenly.

So when I see Christians posting videos of Rose McGowan blasting Alyssa Milano, I get it. And if the only goal was to show that those closest to her knew she was a fake years ago, great. The idea that we believe anyone who is paid to lie to us regularly is already odd. I mean, let’s face it, actors are good at what they do and the best of the best will be able to turn it on or off at their own will. But we ought to be careful whom we promote/retweet/celebrate lest we end up being on the wrong side of God.

The point is we don’t need the inside information from Rose McGowan to tell us that Hollywood is bad, women and children are raped or used there, and that some folks will turn a blind eye to that if it fuels their personal gain. You already know these things if you believe in biblical anthropology and use reason. I trust you are not under the delusion that corruption and perversion are the exceptions in Hollywood. Jesus warned us that a house divided against itself cannot stand. Satan’s kingdoms of Hollywood celebrity culture and the DNC are buddies on the exterior but are ultimately are at odds with one another. Like the effect of the “T” vs the L & G in LBGT, there is no hope for a movement that is illogical at best.

So when you watch Satan cast out Satan, remember “Who’s the Boss.” And rejoice that there is a God in Heaven who is working all things for His glory. Recognize that as much as McGowan pwned Milano, McGowan’s agenda is not one to prefer. Sometimes it is best to just sit back and watch what happens. The old saying is, “Never wrestle a pig. You both get dirty and the pig likes it.”

It should not escape your notice that these two ladies are famous for nothing less than selling themselves sexually. Milano and McGowan are each a special kind of prostitute who does not go all the way. They spell out their own terms of the exchange of sex for money and their terms are less like a back alley sex act with a pimp and more like a sanitized photoshoot that leaves some stuff to the imagination.

To paint either McGowan or Milano, apart from repentance for this, as noble is a joke at best and perversion at worst, no matter how many other victims they help through their efforts.