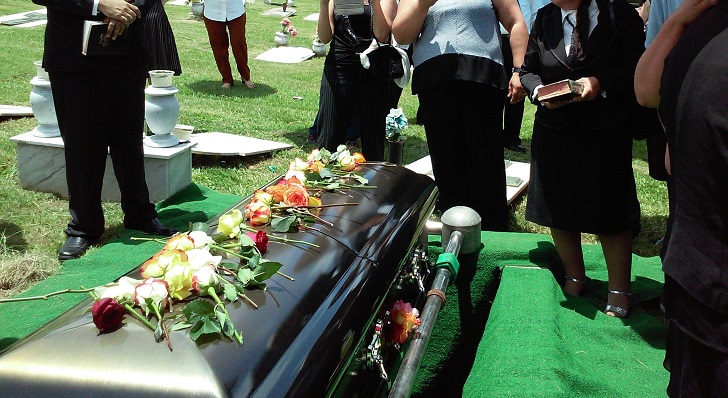 Why Did Jesus Weep?

‘Jesus wept’ knowing that he would raise Lazarus from the dead just moments later — setting an example for us to weep with those who weep. He had compassion on his friends, and even sadness for the death of Lazarus, and we should do likewise.

I remember where I was sitting when I first heard this interpretation of John 11:35. It’s not entirely uncommon, as far as I can tell.

But is this interpretation/application what is clear from the text? Is it even the best interpretation? I don’t think it is. Please, allow me to explain why. Does This Even Matter?

The first question someone may ask it whether this even matters. I will concede that from a practical standpoint it shouldn’t make a difference in how you will live your life if you interpret this verse like above. Whether or not Jesus wept out of sorrow, compassion, or ‘something else’ it is still biblical to weep with those who weep (Romans 12:15) and to be compassionate and tenderhearted (Ephesians 4:32; Colossians 3:12) toward others.

But it does matter how we interpret the Bible. Our willingness to state things as fact which are ‘open to interpretation’ will affect our life and doctrine in other, more important areas. And whether or not you are willing to have your traditional understanding of a passage challenged is often an indicator of your own humility. A new understanding of a verse or a passage may not be life-altering, but why wouldn’t we want to be more faithful to God’s Word than we are already?

As I indicated earlier, I don’t think the interpretation that goes: “Jesus was sad Lazarus had died,” is best indicated by the text. I wouldn’t break fellowship due to disagreement over this, but I think the surrounding text and some simple logic give us clues as to why Jesus wept. And I think these clues lead to a more reasonable understanding. I’ll provide three points of consideration:

John 11:33-40 ESV 33 When Jesus saw her weeping, and the Jews who had come with her also weeping, he was deeply moved in his spirit and greatly troubled. 34 And he said, “Where have you laid him?” They said to him, “Lord, come and see.” 35 Jesus wept. 36 So the Jews said, “See how he loved him!” 37 But some of them said, “Could not he who opened the eyes of the blind man also have kept this man from dying?” 38 Then Jesus, deeply moved again, came to the tomb. It was a cave, and a stone lay against it. 39 Jesus said, “Take away the stone.” Martha, the sister of the dead man, said to him, “Lord, by this time there will be an odor, for he has been dead four days.” 40 Jesus said to her, “Did I not tell you that if you believed you would see the glory of God?” First, the phrases ‘deeply moved’ and ‘greatly troubled’ are a bit ambiguous in English. My best understanding of these phrases based on how they are used elsewhere is that Jesus was agitated or seriously bothered, rather than ‘sorrowful/sad.’ The context of “Jesus wept” seems to be that Jesus is, frankly, annoyed by the unbelief of those who are near the death of Lazarus.

Now you may not see that in verse 33, but immediately preceding verse 38 where he was ‘deeply moved again,’ some folks expressed unbelief by (what I believe) was a rhetorical jab at our Lord. This question (Could not he who opened the eyes of the blind man also have kept this man from dying?) is obviously meant to show they did not believe that He could save Lazarus, and is reminiscent of Mark 15:29-31 where He was mocked for not acting as men thought He should — all the while fulfilling the will of His Father in Heaven.

Even though some Jews said, ‘See how he loved him!’ I’m not convinced. I am more apt to believe they were doing as they always did, misinterpreting Jesus.

Finally, after Jesus says to take away the stone in verse 39, Martha responds unexpectedly — especially considering that Jesus had just explained to her that HE IS THE RESURRECTION AND THE LIFE, and that she had professed belief (John 11:25). So this woman who literally had just professed Jesus as the Christ, God Himself proceeds to contradict her Lord in verse 39 (“Lord, by this time there will be an odor, for he has been dead four days.”) by protesting the removal of the stone. Now, here’s the key:

By what definition of compassion do Jesus’ words which follow fall under? Here is a women in the midst of mourning her brother’s death. She just traveled to find Jesus who she thought was her greatest hope (John 11:20, 30) and, thus, had to travel back to the village to where her brother lay. She’s distraught, confused, likely fatigued, faithful, and faithless all at once (aren’t we all at some point?). And Jesus effectively gets a little sarcastic (not sinfully, of course) and says, “Did I not tell you…?”

Is that the tone of someone trying to exhibit compassion for all who would come after him to follow? I don’t buy that his weeping was to set an example to His followers of how to weep with those who weep.

Jesus wept in the midst of this. And I believe Jesus wept because of the hardness of heart of the people who were more moved by physical death than spiritual death. I believe Jesus wept because even those to whom He had already given the words of life were not faithful to trust Him in that moment. The faith of Abraham — justifying faith — no longer fears death, and Jesus was deeply troubled, moved, and even agitated by the idolatry of the people who couldn’t recognize their Creator when He stood literally right in front of them. Jesus was rightfully and righteously disturbed that the Christ, the Messiah, could go so easily unrecognized.

But Jesus’ weeping was for but a moment. Because He did what glorified the Father in Heaven and many people’s eyes were opened. We are thankful that He would endure with such longsuffering a stiff-necked and faithless people like He saw in Martha’s day. Because we need that same patience and grace toward us in our day as well. For it is His patience that leads to salvation (2 Peter 3:15).

John 11:40-45 ESV 40 Jesus said to her, “Did I not tell you that if you believed you would see the glory of God?” 41 So they took away the stone. And Jesus lifted up his eyes and said, “Father, I thank you that you have heard me. 42 I knew that you always hear me, but I said this on account of the people standing around, that they may believe that you sent me.” 43 When he had said these things, he cried out with a loud voice, “Lazarus, come out.” 44 The man who had died came out, his hands and feet bound with linen strips, and his face wrapped with a cloth. Jesus said to them, “Unbind him, and let him go.” 45 Many of the Jews therefore, who had come with Mary and had seen what he did, believed in him,

Weep with those who weep. Exercise compassion and love toward those who are hurting and stung by the temporary pain of death. But remember, death has lost it’s sting, and never forget to point people to the resurrection and the life, Jesus Christ. Don’t miss Him in the busy-ness of this cursed world.