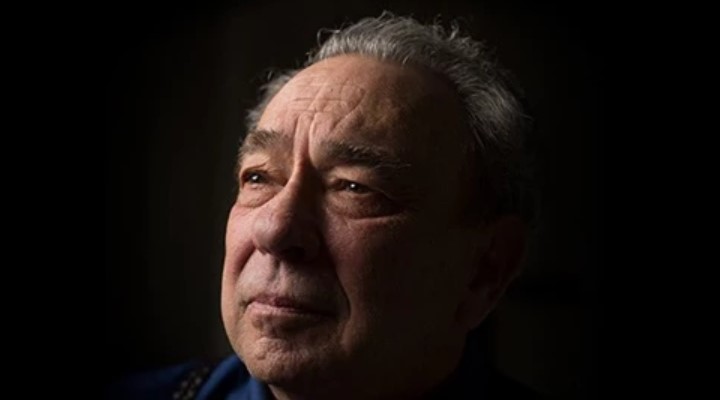 Received Into the Number: A Theology of Adoption Part X- R.C. Sproul’s Doctrine of Adoption

In this series, we have been looking at what God’s Word says about adoption as both an earthly call to care for orphans and as a picture of how He saves undeserving sinners in need of right relationship with Him. We began by Introducing Adoption,  then looked at Adoption in the Old Testament,  The Suffering of Job and the Fatherless, Adoption in the New Testament, Historical Theology, Biblical Theology, and Systematic Theology here.

In this phase of our series, we have been learning what some of our most well-known theologians have said about adoption. We began with “The Theologian” John Calvin, then Wilhelmus A Brakel, and now a more recent, but no less important theologian, R.C. Sproul.

Who was R.C. Sproul? 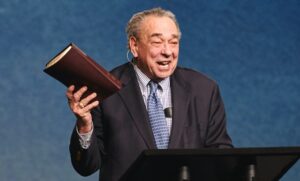 Robert Charles “R.C.” Sproul was born in 1939 in Pittsburgh, Pennsylvania to Robert Cecil Sproul and his wife, Ann.[1] His father served in World War II and after returning home, died following various ailments while R.C. was in his senior year of high school. R.C.’s life changed drastically after that and he found himself angry at God. He enrolled at Westminster College and while out looking for cigarettes, providentially found himself in conversation with a football player who told him about Christ. Sproul returned to his dorm room with an overwhelming urge to pray for forgiveness of his sins and as Burk Parsons would later put it, “got up from his knees a forgiven man.”[2]

R.C. Sproul would go on to study for the ministry at Pittsburgh Theological Seminary and through his mentor, John Gerstner, embraced the Reformed faith. Dr. Gerstner encouraged him to continue his theological education at the Free University of Amsterdam under G.C. Berkouwer. God repeatedly provided Sproul with opportunities and a passion for the teaching ministry. Inspired by Francis Schaeffer’s L’Abri study center, Sproul founded the Ligonier Valley Study Center, followed by Ligonier Ministries. After decades of faithful ministry, R.C. Sproul went home to be with the Lord in December 2017.

“What’s wrong with you people?”

Early in his ministry, R.C. Sproul wrote a note to himself saying “You are required to believe, to preach, and to teach what the Bible says is true, not what you want the Bible to say is true.”  This commitment to God’s Word put Dr. Sproul on a path to defend the essentials of orthodox Christianity including the inerrancy of Scripture, the exclusivity of the gospel of Jesus Christ, and the doctrine of justification by faith alone. In all his teaching, he possessed a once in a generation gift of communicating complex, rigorous truths with a winsome and accessible style.

Adoption and Union with Christ 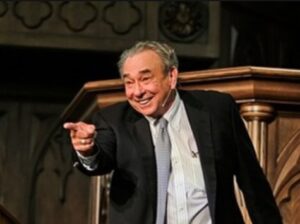 R.C. Sproul was not known for his teaching on adoption and yet, as we will see, he gave significant attention to this vital doctrine. In his primer on the basics of Reformed Theology, Dr. Sproul followed Calvin’s lead in recognizing the connection between God’s sovereignty and his free grace in adopting the elect as sons.[3] He would go into greater detail in his systematic theology, appropriately titled “Everyone’s a Theologian.”[4] In that book, Sproul dedicated an entire chapter to adoption and union with Christ. He taught that adoption is not synonymous with justification, but it is an inseparable fruit of our justification.[5] As he put it, “The church is a family with one Father and one Son, and everyone else in the family is adopted. This is why we look to Christ as our elder brother.”[6] Sproul recognized that the incredible grace of the believer’s adoption includes union with Christ through the call to believe into Christ, not merely a belief in Christ. While adoption is the fruit of justification, it is this mystical communion of the saints that is the fruit of our adoption.[7]

Dr. Sproul, as an ordained minister in the Presbyterian Church of America, affirmed the Westminster Confession of Faith. Not surprisingly, he turned his attention to the WCF, eventually producing a massive exposition of the standards.[8] Chapter 12 of the Confession addresses the doctrine of adoption and in his typical style, Dr. Sproul unpacks the etymology of the strange word “vouchsafe.” As he explains, the word “vouchsafe” means to do something out of a gracious condescension.[9] He rightly points out that God’s adoption of sinners as his children was an unmerited act of grace. The exclusivity of the gospel of Jesus Christ is unavoidable since, “It is always in Jesus that God adopts us. Only those who are in Christ Jesus are adopted into the family of God.”[10]

In his fantastic commentary on Romans, R.C. Sproul had this to say about the Apostle Paul’s teaching on adoption in Romans 8.

“We have been adopted into (God’s) family. It is an unbelievable privilege that we should never take for granted.”; “In the final analysis, our assurance of salvation is not a logical deduction springing from our theology. Our assurance is certainly not based on careful analysis of our behavior. Our final assurance comes by the testimony of God the Holy Spirit, who bears witness with and through our spirits that we are children of God.”[11]

If you have never turned from your sin and looked to Jesus Christ as your Savior, do it now. Whether you had an earthy father who was there for you or not, you will never find true peace and assurance until you are right with your Heavenly Father. His Son took the punishment that we all deserve, and He accomplished what none of us could accomplish. God not only takes sinners and declares them just because of what Jesus did, He also adopts those same sinners and welcomes them into his family.

In future articles, we will look at what other great theologians have to say about adoption.

If you have questions, comments, or requests for other topics, please feel free to contact me or leave us a comment below.