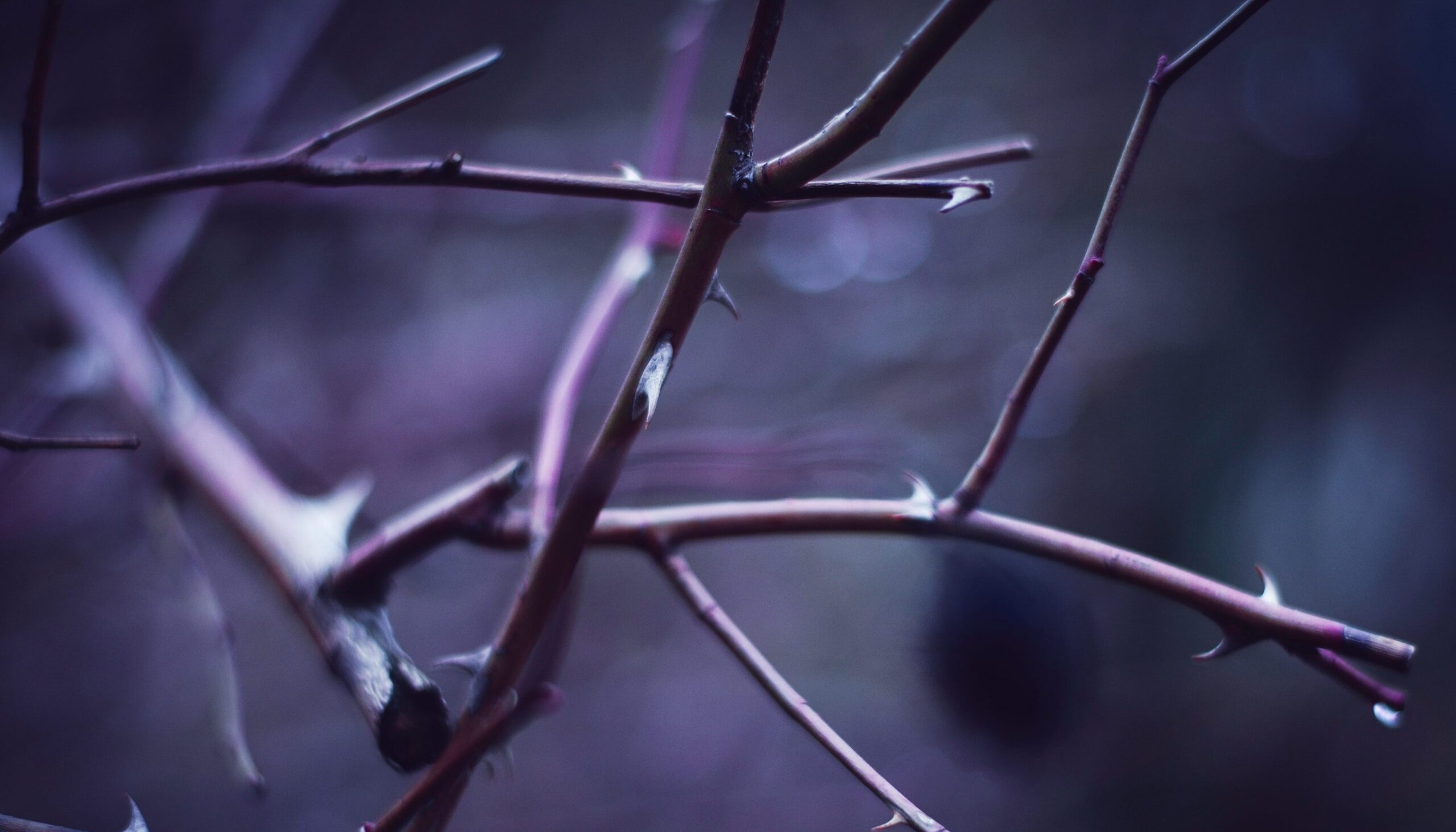 Choked Out by Thorns

In the fourth chapter of his Gospel, Mark records the Parable of the Sower as told by our Lord and Savior Jesus Christ. One of the seeds is immediately gobbled up by birds (Mark 4:4), the next seed quickly grows in rocky soil but eventually withers away (Mark 4:5-6), the third seed falls in thorns, grows and eventually gets choked out (Mark 4:7). The final seed lands in good soil which yields much fruit (Mark 4:80). I want to take this time to discuss the seed in the third soil and illustrate what that might look like. But first, consider this:

Mark 4 18 And others are the ones on whom seed was sown among the thorns; these are the ones who have heard the word, 19 but the worries of the world, and the deceitfulness of riches, and the desires for other things enter in and choke the word, and it becomes unfruitful.

This is one of the rare parables that are explained in detail by Christ. Later on in chapter four, we read what He meant about the thorns. The worries of the world, the deceitfulness of riches, and the desires for other things eventually kill the plant that sprung up from the seed and so it ceases to produce fruit. I think we have a good grasp what the first soil looks like in our lives: it’s simply someone who has never been anything but hostile to God. The second soil isn’t too hard to illustrate either: it’s the person who emotionally responds to the Gospel and is on fire for a week and then is all of a sudden the person they were before. The fourth soil is simply a Christian. It’s the third soil that might be a little trickier to figure out how to apply.

The seed can grow until it reaches the thorns. It might even have a little fruit sprouting off in the space between the soil and the thorn. Maybe the thorns are a couple of feet off the soil or maybe sometimes they’re only a few inches. In either case, the thorns, not the space between the thorns, prove what type of soil the seed has landed on. One could have a nice “perfect” Christian life with Christian parents and a Christian spouse and a nice church and never incur any real setbacks or crises of the faith. That’s not unreasonable. Such people may have Photo by Markus Spiske on Unsplash

prayed the prayer at a young age but when they go off to college they experience things they’d not been tempted with and hear arguments they’d not been prepared for. Perhaps others enjoyed the safety of the Bible Belt and a 20th century America that was friendly, relatively speaking, to Christian values and when things began to change they experienced pressure to conform to the world that they were not prepared for.

I’m thinking now of many prominent professing Christians (and in some cases prominent professing non-Christians) who have already caved or seem doomed to cave on issues the Bible seems awfully clear about. That’s not to say they didn’t experience trials in their life prior to our cultural shift but they likely never experienced hostile opposition from their own countrymen and potentially other “believers” who desperately want them to take a worldly approach to sin. I think this parable helps clarify what happened in the case of Josh Harris and his self-described falling away. Rather than believing Jesus lost someone the Father gave Him, I choose to believe that Jesus already described someone like Josh Harris and He did so in the Parable of the Sower.

We see marriages that are choked out, too. A couple might be all fine and dandy through dating and their engagement period and the first few years of marriage and then some tragedy hits or they’re tested in some other way and their marriage falls apart. Or perhaps a more appropriate example is the couple who is married 20+ years with kids and when the kids move out and that superficial unifier is gone, the marriage ends. We’re left wondering how a couple married for so long could all of a sudden get a divorce! Just like we wonder how some big-name Christian could fall away or be so easily swooned into error when for such a long time they seemed solid.

It is worth repeating that our faith is in Christ. Our identity is in Christ. We owe Him our allegiance. If your faith is in your spouse or your pastor or your favorite teacher, then your faith isn’t in good soil. If you’ll only follow Christ as long as it keeps certain people from despising you, then you’re not really following Him as you’ve not really taken up your cross and counted the cost. And practically speaking it is much better to interpret real-life events with Scripture than it is to interpret Scripture with real-life events. The latter, because it’s so subjective and experiential, leads you to believe Jesus lost a sheep for whom He died. Interpret the Bible in a way that’s consistent with what He who wore thorns said rather than what he who was choked out by them did.